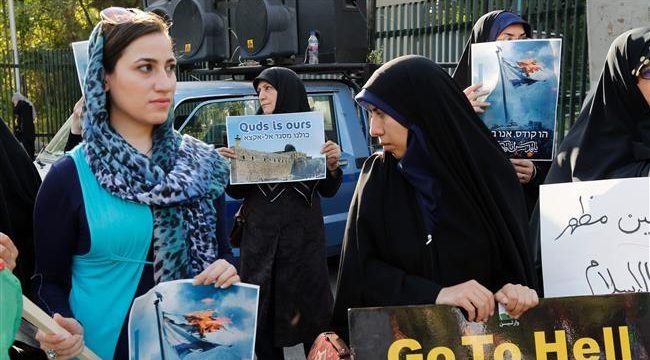 Press TV – Iranian students have held a protest outside Tehran University against Israel‘s restrictive measures implemented at the al-Aqsa Mosque compound in the Old City of the occupied Jerusalem al-Quds.

The students called for an end to the new restrictive measures at al-Aqsa Mosque.

Earlier on Tuesday, the Israeli regime removed metal detectors that had been installed in and around al-Aqsa Mosque only to replace them with smart cameras at the holy site.

Meanwhile, Muslim clerics who oversee the holy site told Palestinians to keep away from the mosque as long as the cameras remain in place.