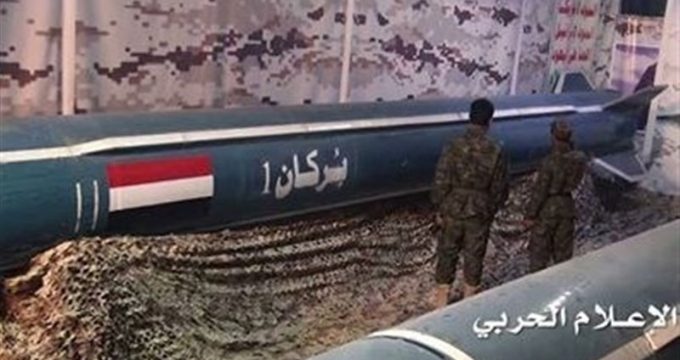 Tasnim – Yemeni naval forces carried out a missile attack against a Saudi military vessel in Hudaydah, torching it off the coast of the Arab country’s western province, a military source said.

The source, speaking on the condition of anonymity, told the official Saba news agency that the missile precisely targeted the Saudi gunboat on Monday in Hudaydah and destroyed it.

The military official further said that the Saudi vessel was carrying out radar jamming and deception against Yemeni army when it was targeted.

The attack was carried out in retaliation for Riyadh’s relentless airstrikes on Yemeni civilians.

The developments came as Yemen’s defenseless people have been under massive attacks by the coalition led by the Saudi regime for nearly 27 months but Riyadh has reached none of its objectives in Yemen so far.

Since March 2015, Saudi Arabia and some of its Arab allies have been launching deadly airstrikes against the Houthi Ansarullah movement in an attempt to restore power to the fugitive former President Abd Rabbuh Mansour Hadi, a close ally of Riyadh.

Nearly 10,000 Yemenis, including 4,000 women and children, have lost their lives in the deadly military campaign.