Tasnim – Commander of the Iranian Army Ground Force said his forces employ various types of aerial vehicles, including drones, to ensure security along the country’s borderlines.

The Army Ground Forces uses helicopters and unmanned aerial vehicles (UAVs) to “thwart any possible plot” by the enemies at the border area, Brigadier General Kiomars Heidari said in a gathering of military commanders in Tehran on Tuesday.

Describing Iran as an “island of stability” in the volatile Middle East region, the general said such security is a result of the presence of powerful armed forces.

In December 2014, Iran’s Army Ground Force for the first time utilized a type of suicide drone in a large-scale military exercise.

In August 2016, the Army Ground Force unveiled another drone used for jamming and deception operations in electronic warfare.

One of the advanced drones flown by the Iranian military forces for border control is ‘Shahed-129’, which has combat and reconnaissance versions. 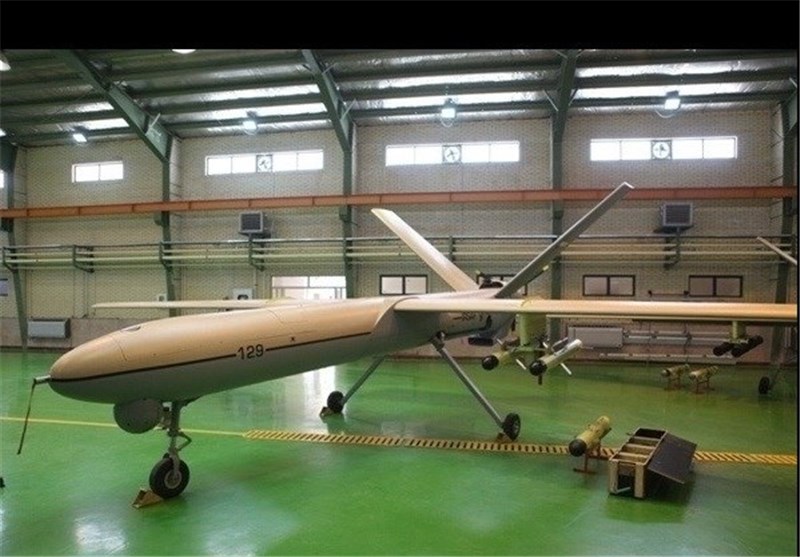 Shahed-129 can stay aloft for 24 hours at a single operation and carry out various missions. It is used in the fight against drug-traffickers and terrorists, for patrol and reconnaissance missions along the country’s territorial and sea borders, environmental operations and for taking aerial images.

The home-made aircraft enjoys high precision strike capability and has an operational range of 1,700 km.

Shahed 129 with combat capabilities can also carry a payload of 8 bombs or smart missiles and is designed to hit both fixed and mobile targets.

It is able to fly at an altitude of 24,000 feet and stay in connection with mobile ground bases, and can use any airport for landing.