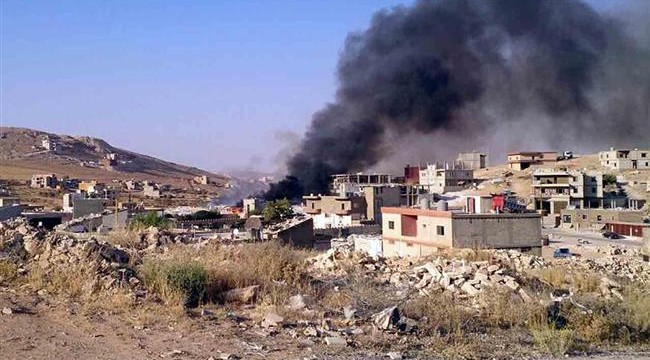 Press TV- Lebanon’s Hezbollah resistance movement says its fighters have wrested control over a strategic valley in the highlands of Arsal in their latest push against militants on the Syrian border.

The media bureau of Hezbollah Operations Command announced on Monday the recapture of Wadi al-Khayl Valley, which has served as a stronghold for the Jabhat Fateh al-Sham Takfiri terrorist group, formerly known as al-Nusra Front.

The development came after the resistance fighters advanced on the area from several directions, it added.

The Hezbollah fighters, backed by Lebanese and Syrian armies, launched an operation to dislodge terrorists from the border on Friday.

Hezbollah has reported rapid gains in its battle. On Sunday, the Lebanese fighters retook the Arsal areas of Wadi al-Owaini and Shubat al-Qala’a.

Local media reported that the next stage of the offensive will focus on the region held by the Daesh Takfiri terrorist group.

The operation has so far killed 19 Hezbollah fighters and 143 militants.

Separately on Monday, Lebanese lawmaker Amal Abou Zeid hailed the “dauntless endeavors of the resistance fighters” and the Lebanese army in dislodging militants from Arsal.

Arsal was hardly hit by the spillover of the Syria crisis in 2014, when militants managed to overrun the town for a brief period.

Thousands of Syrian refugees live in informal camps in Arsal after having fled the foreign-sponsored militancy in their home country.

Hezbollah has played a critical role in campaigns against militants along Lebanon’s border and fought for years alongside Syrian army troops against terrorists wreaking havoc in the Arab country.