A Look at Iranian Newspaper Front Pages on July 23

Iran Front Page- IFP has taken a look at the front pages of Iranian newspapers on Sunday, July 23, and picked headlines from 15 of them. IFP has simply translated the headlines and does not vouch for their accuracy.

Newspapers today widely covered a letter penned by the conservative mayor of Tehran Mohammad Baqer Qalibaf in criticism of his fellow right-wingers for their mistakes. In his letter addressed to young ‘revolutionaries’, Qalibaf raised the issue of starting ‘neo-conservatism’ in Iran.

Another top story was the remarks made by Iranian Deputy Foreign Minister Seyyed Abbas Araqchi in response to the White House’s statement on US prisoners. Araqchi urged Washington to immediately release Iranian prisoners held in the US.

2- ‘Islamic Turkey’ to Get More Dangerous than ‘Islamic Iran’! 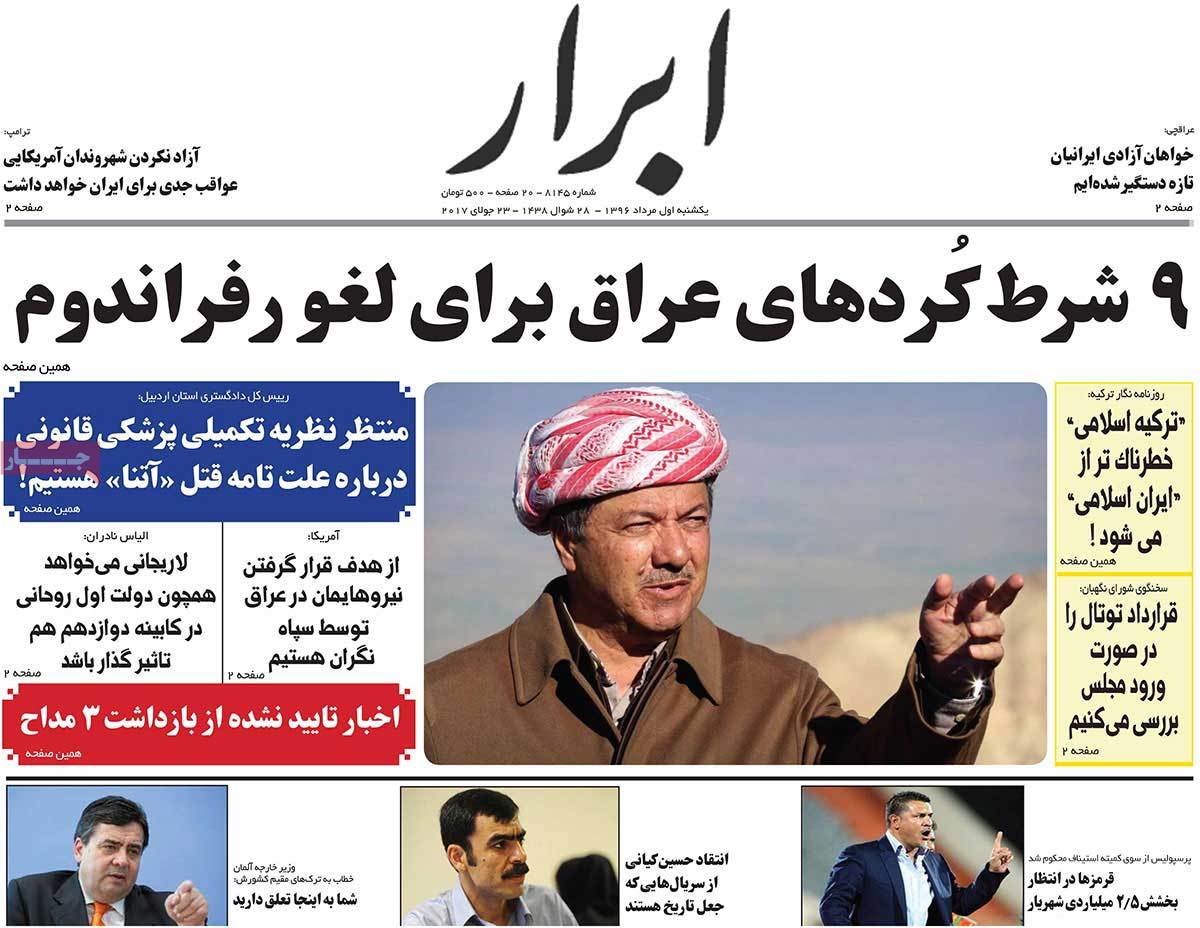 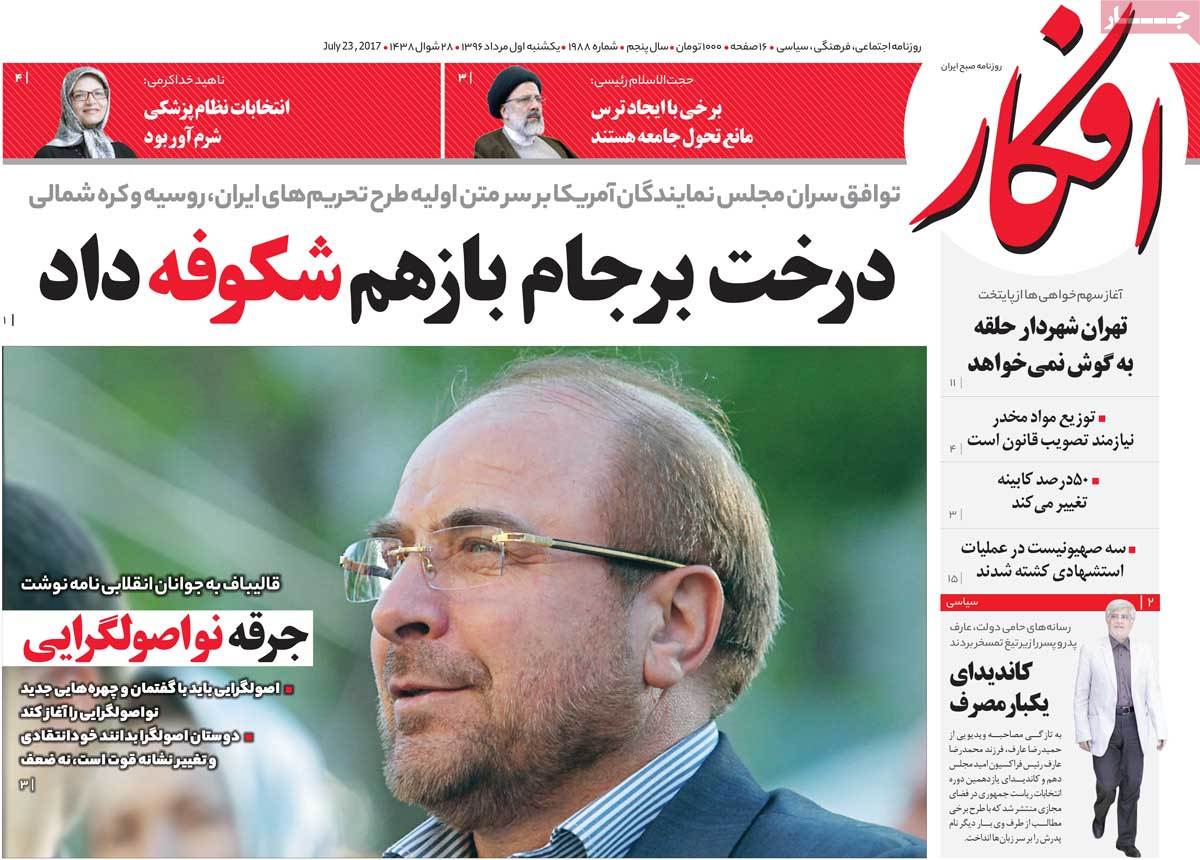 1- Plots Underway to Imply Rouhani Has Conflict with Reformists

2- Conservative: Right-Wingers Can Bring Rouhani to Their Own Camp If They’re Smart 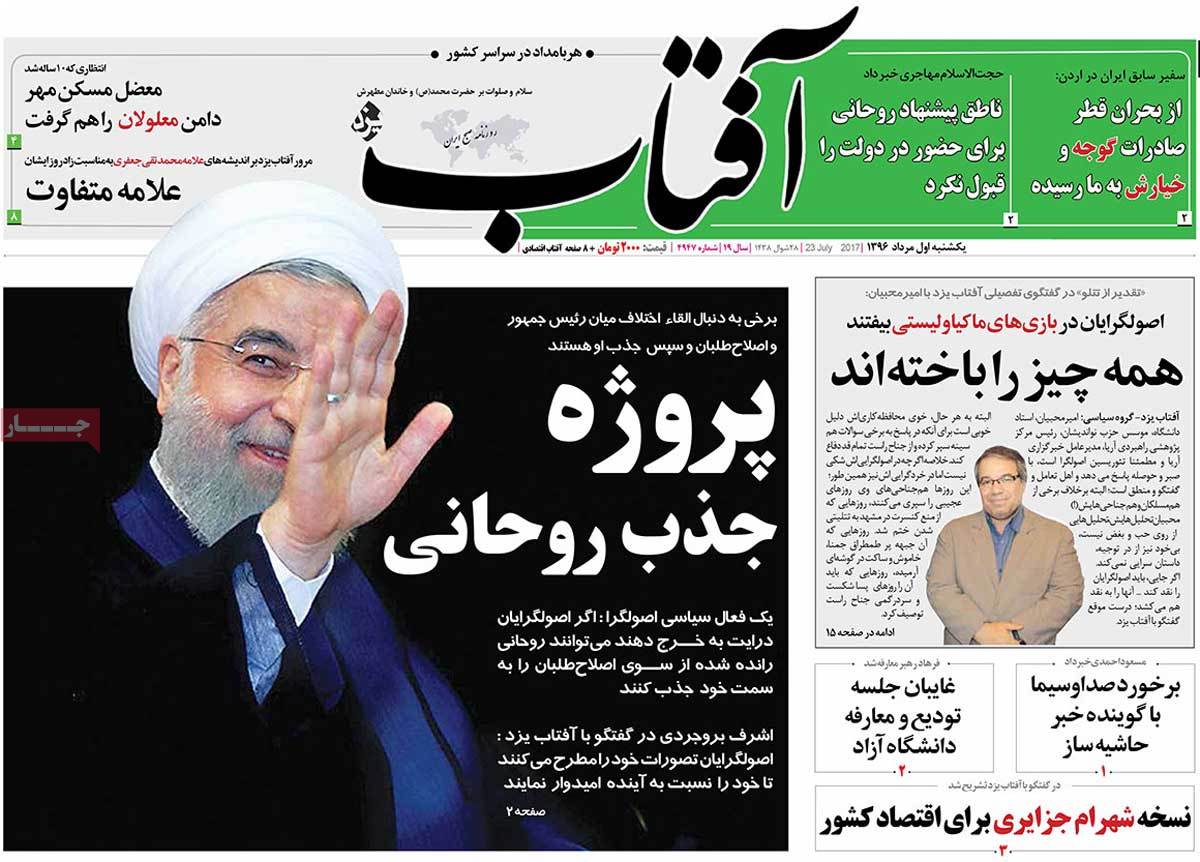 2- Iran Responds to US Threat: Iranian Prisoners Should Be Released Immediately 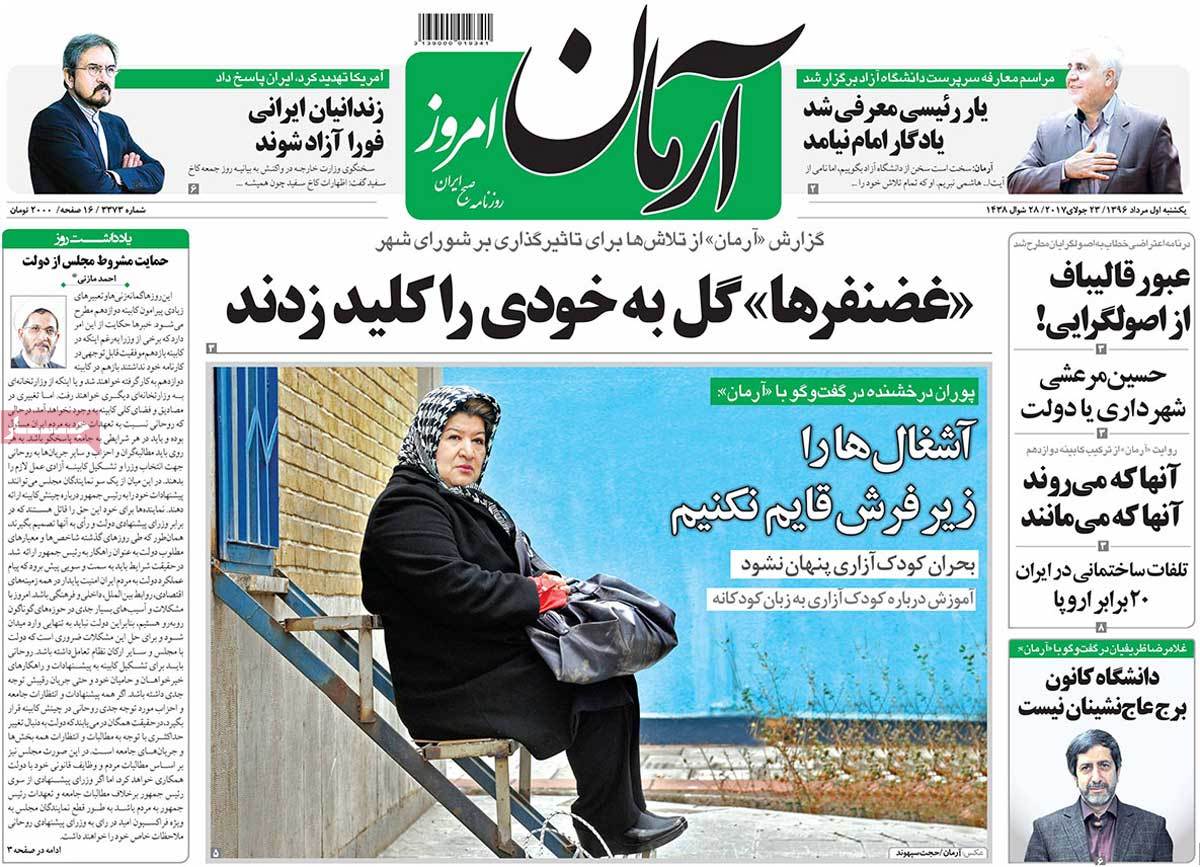 3- Velayati Advises Kuwait against Putting Its Interests under Saudi Influence 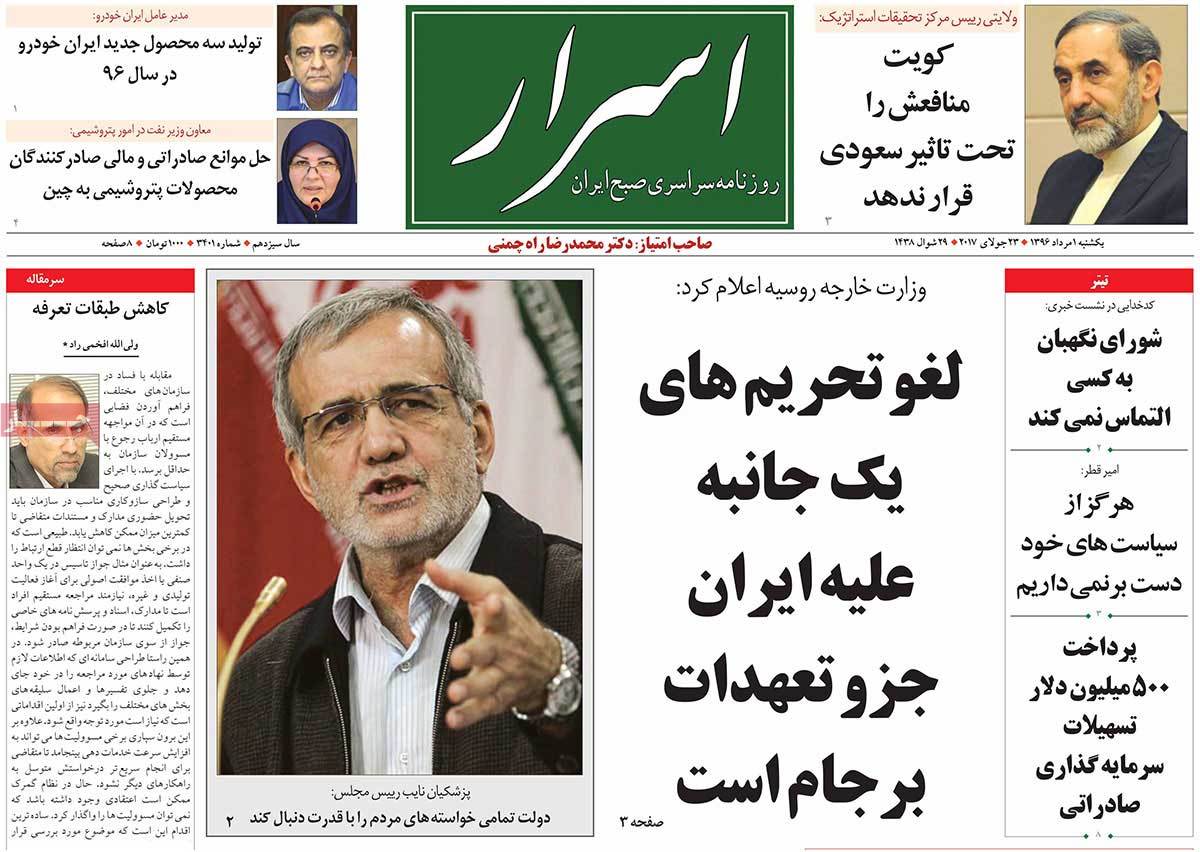 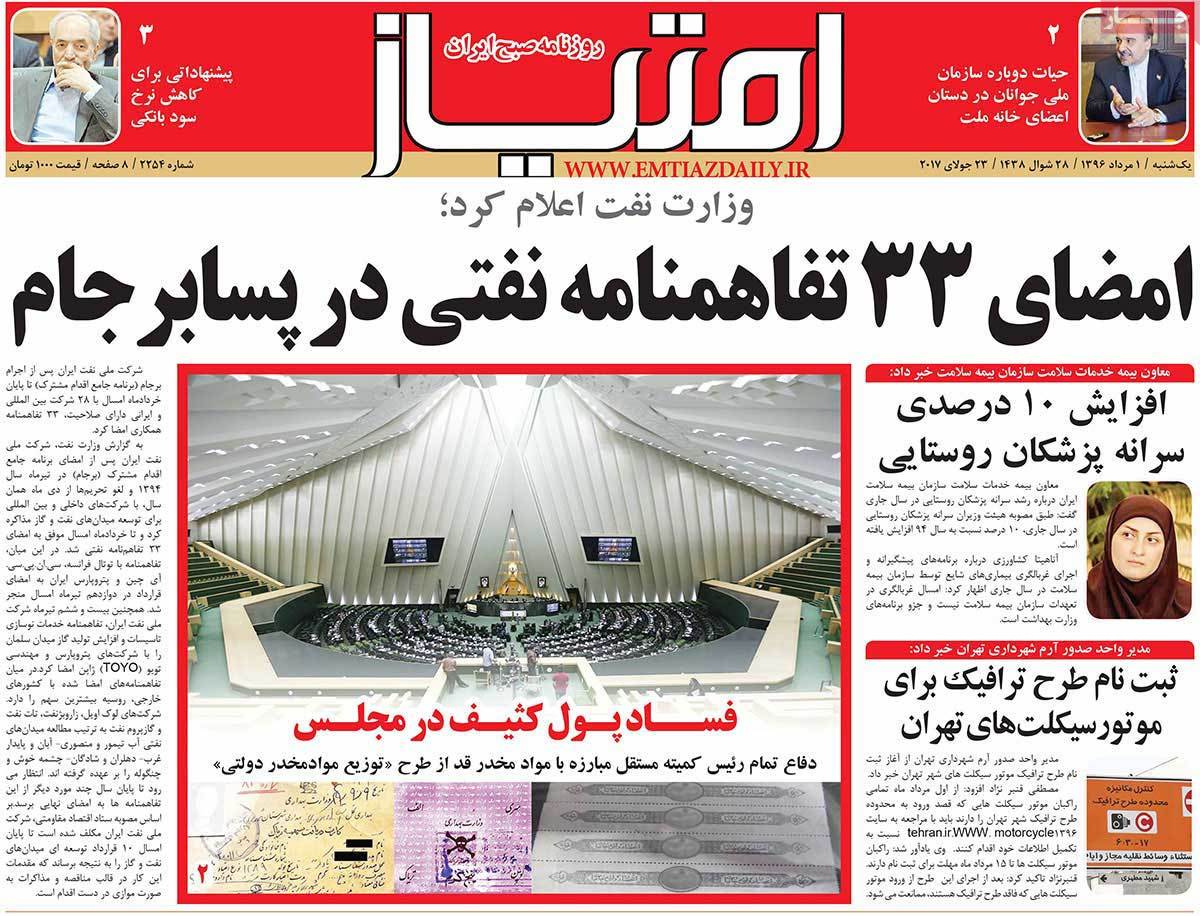 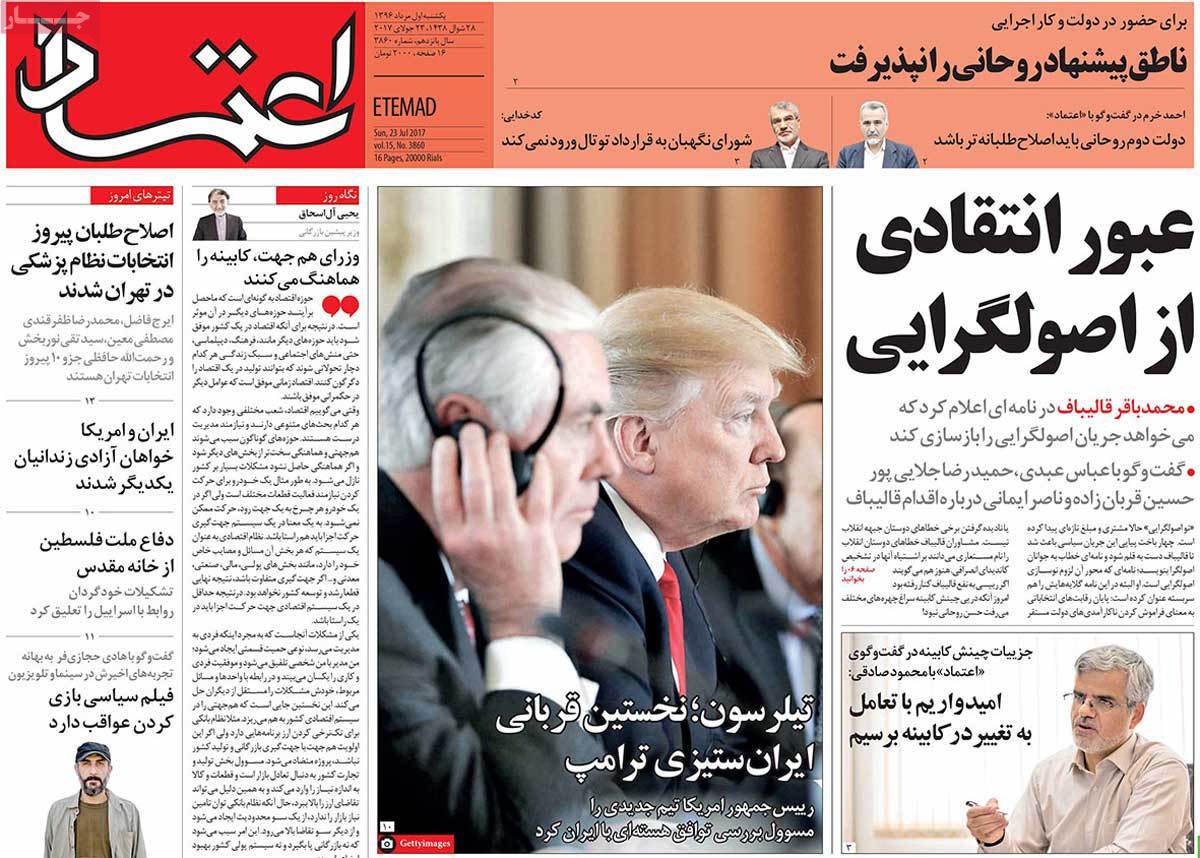 4- Qatari Emir: We’ll Never Give in to Saudi Pressures 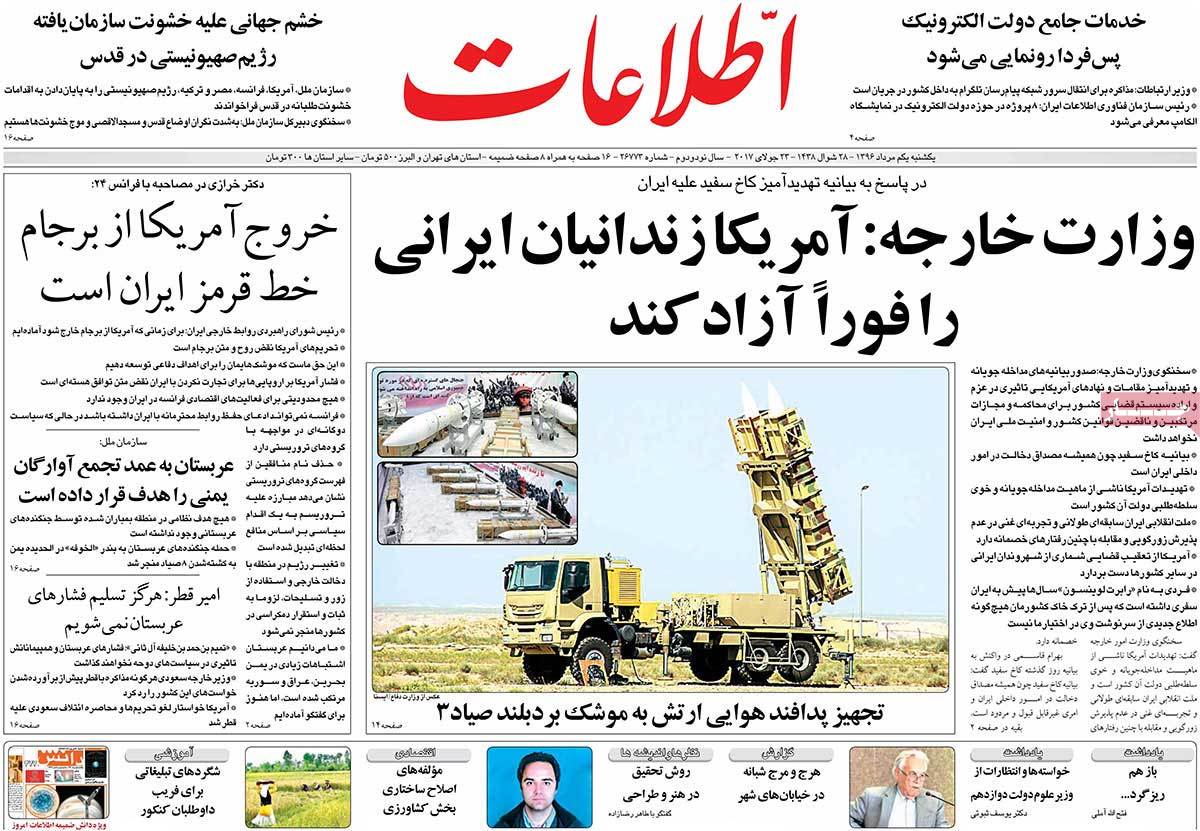 1- EU: Iran Nuclear Deal Should Be Implemented in Full, with Goodwill 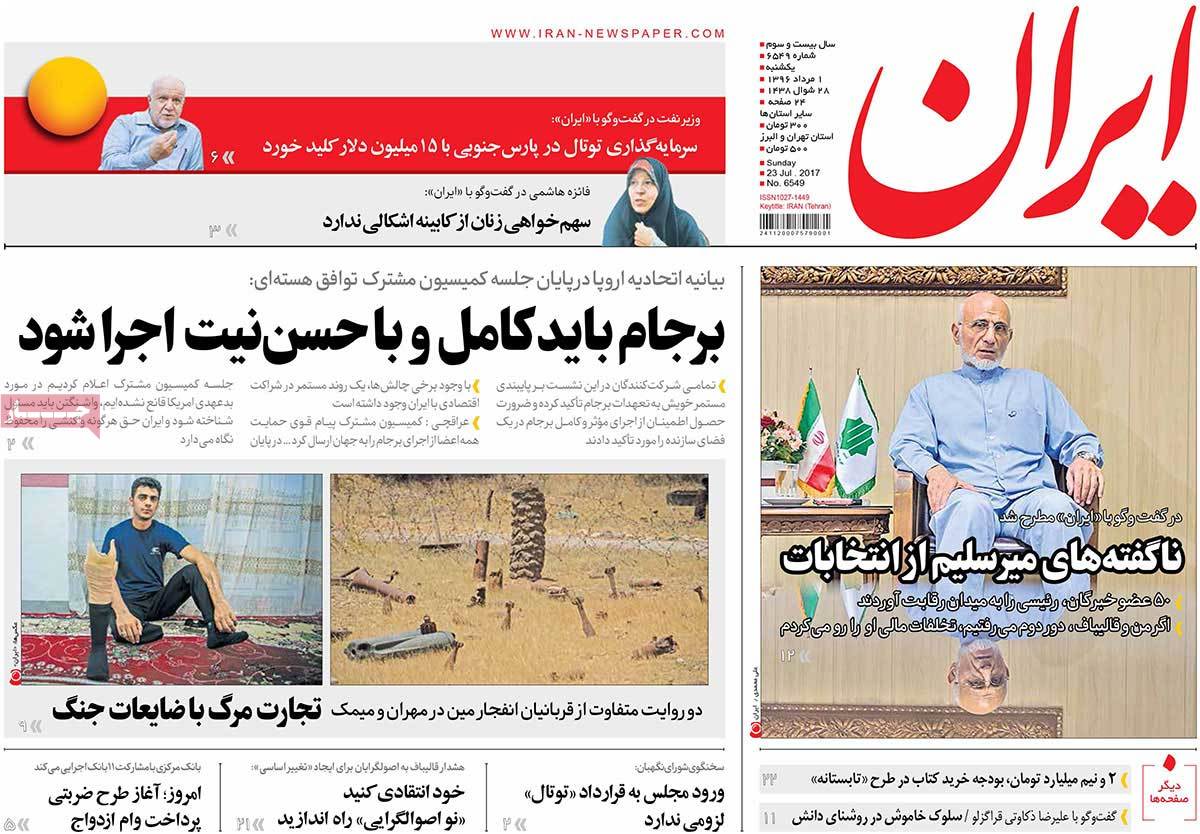 2- Ex-FM: Iran Ready for US Withdrawal from Nuclear Deal 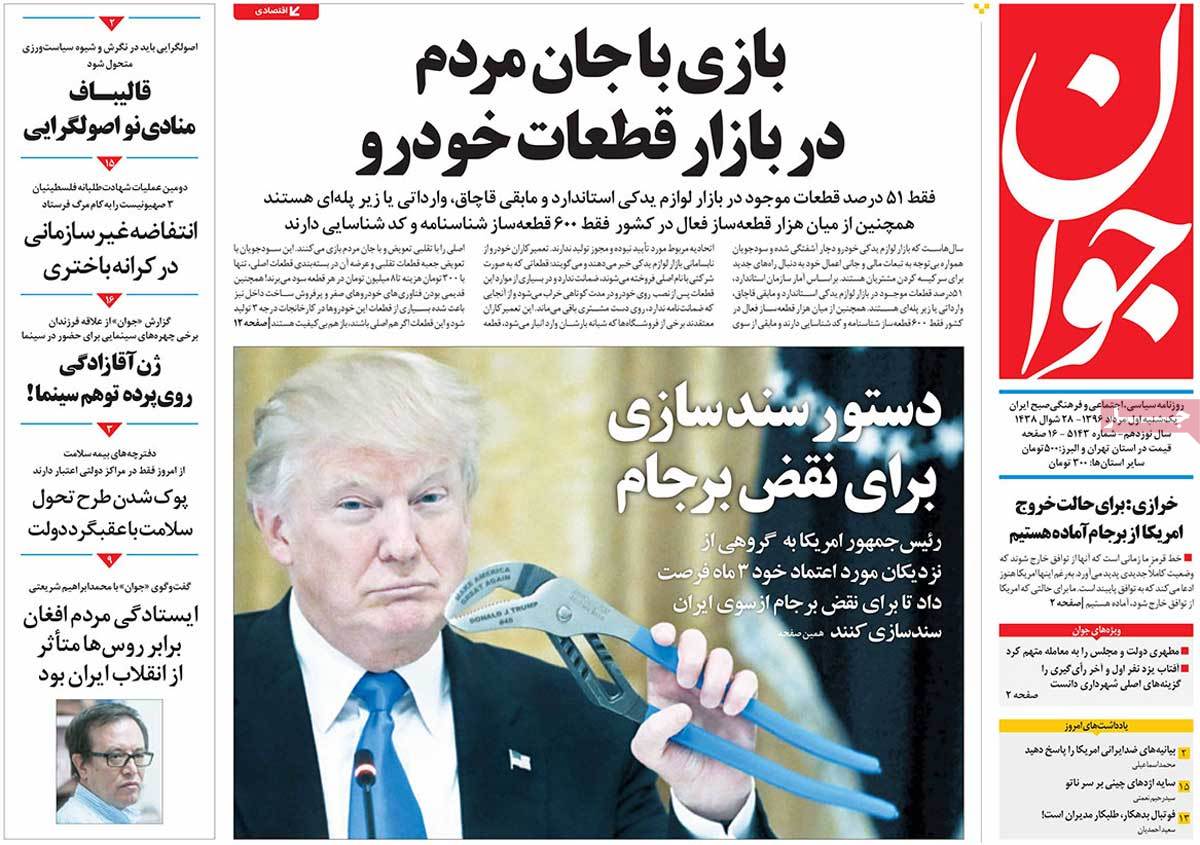 3- Trump’s Unilateral Move against JCPOA to Isolate US 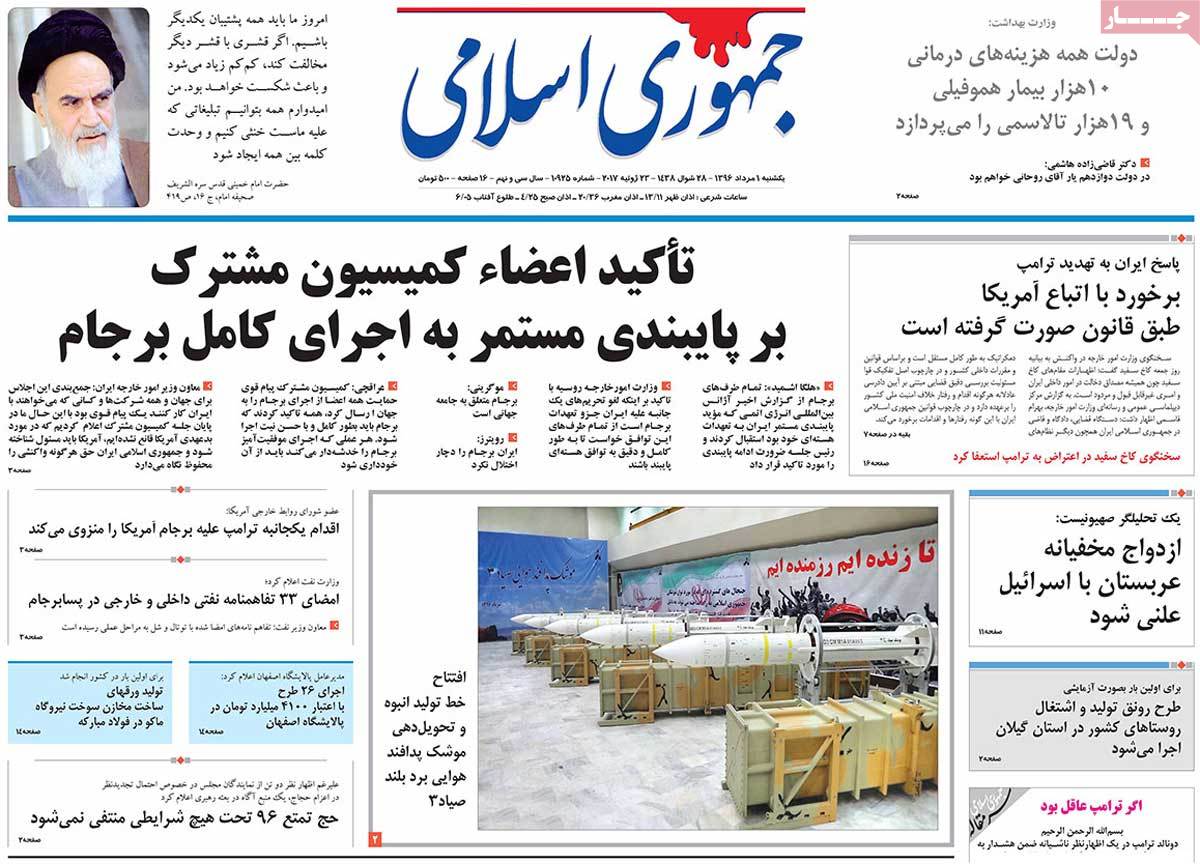 1- Words Not Good Response to Practical Violation of JCPOA

2- Telegram: We Won’t Transfer Any of Our Servers to Iran! 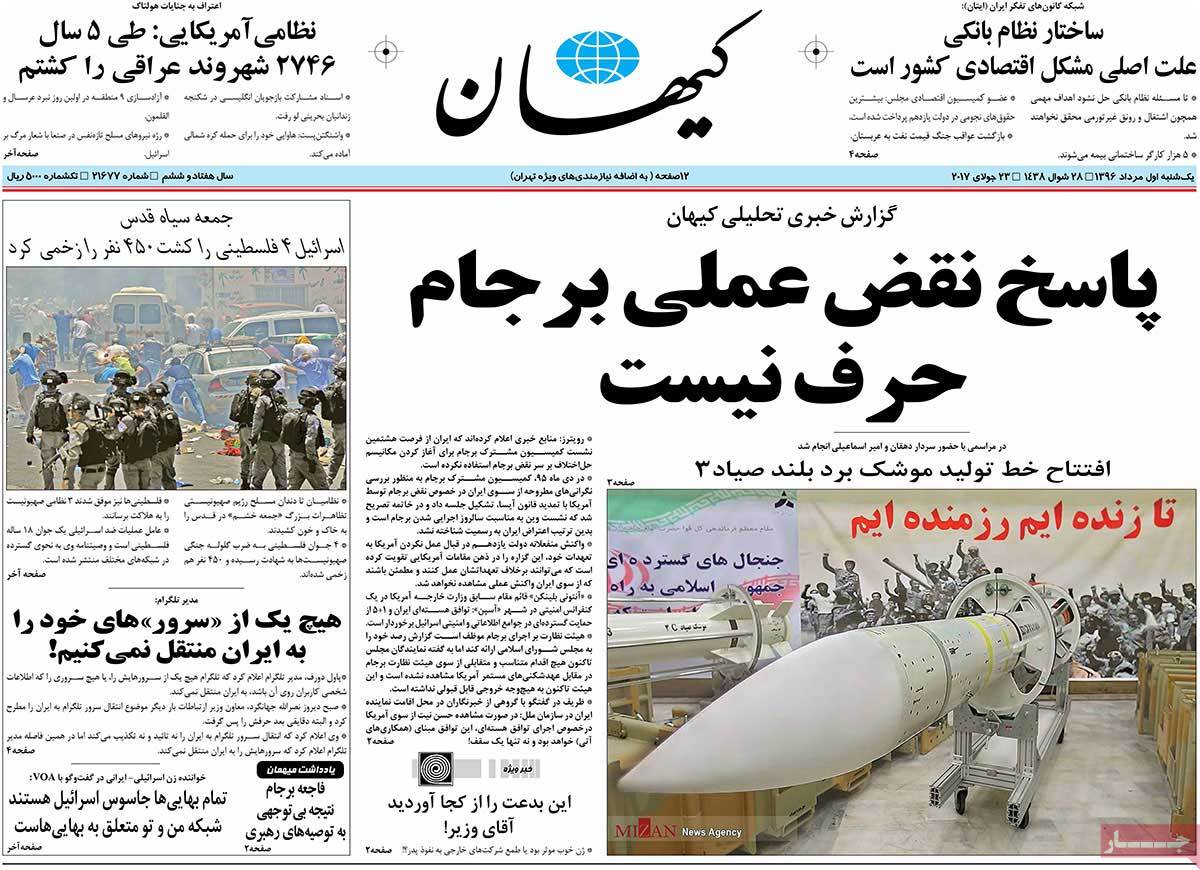 1- Qalibaf Highlights Need for Changes in Conservatism in Iran

2- Judiciary Spokesman: Law Is Our Redline 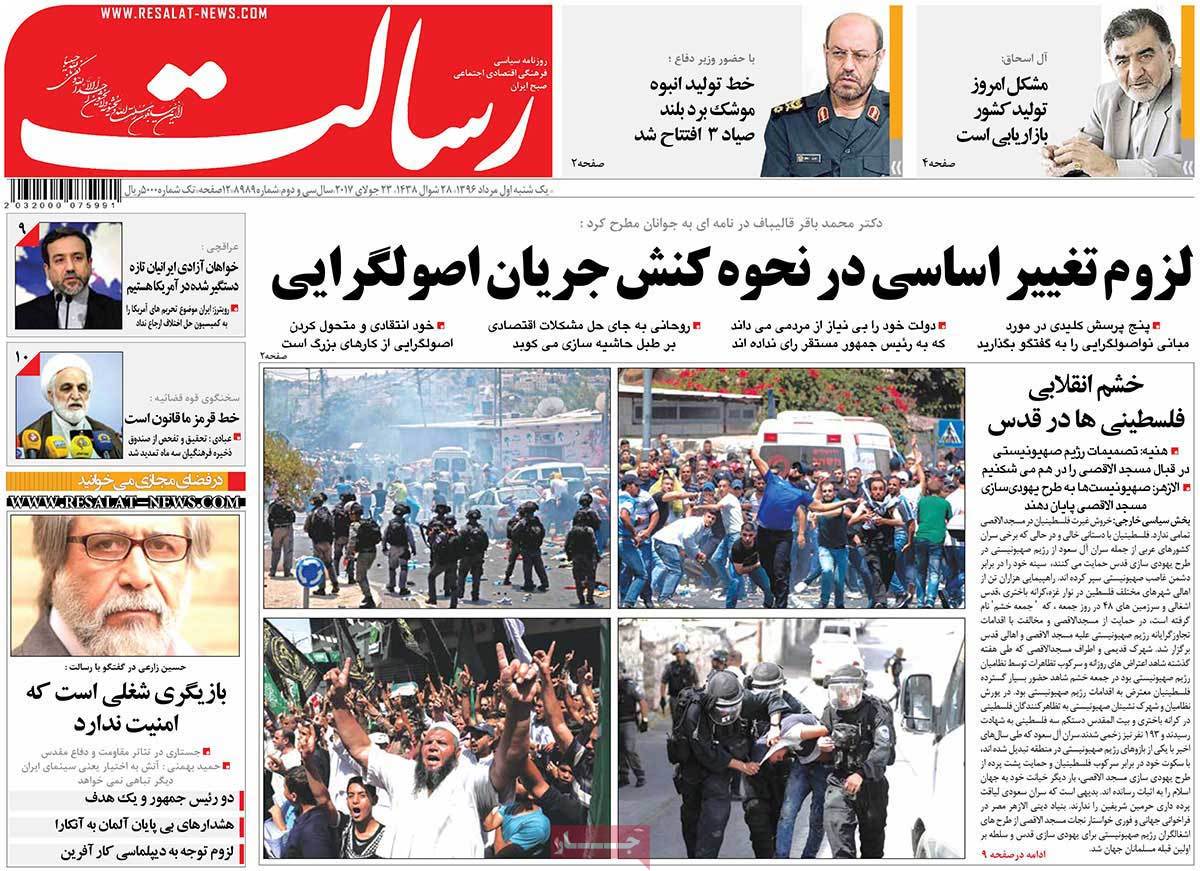 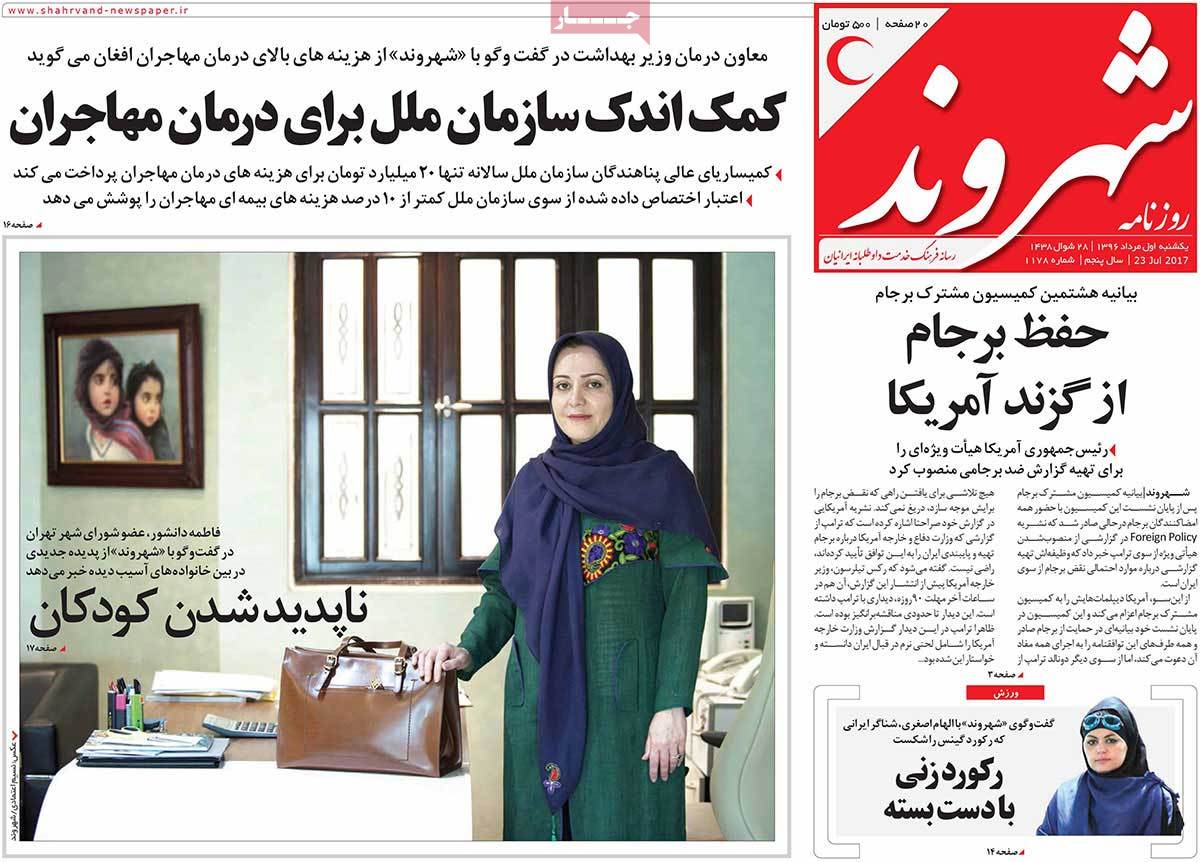 2- Education Minister Will Be Most Probably a Woman: MP

4- Analyst: No Young Iranian Will Listen to Qalibaf’s Words 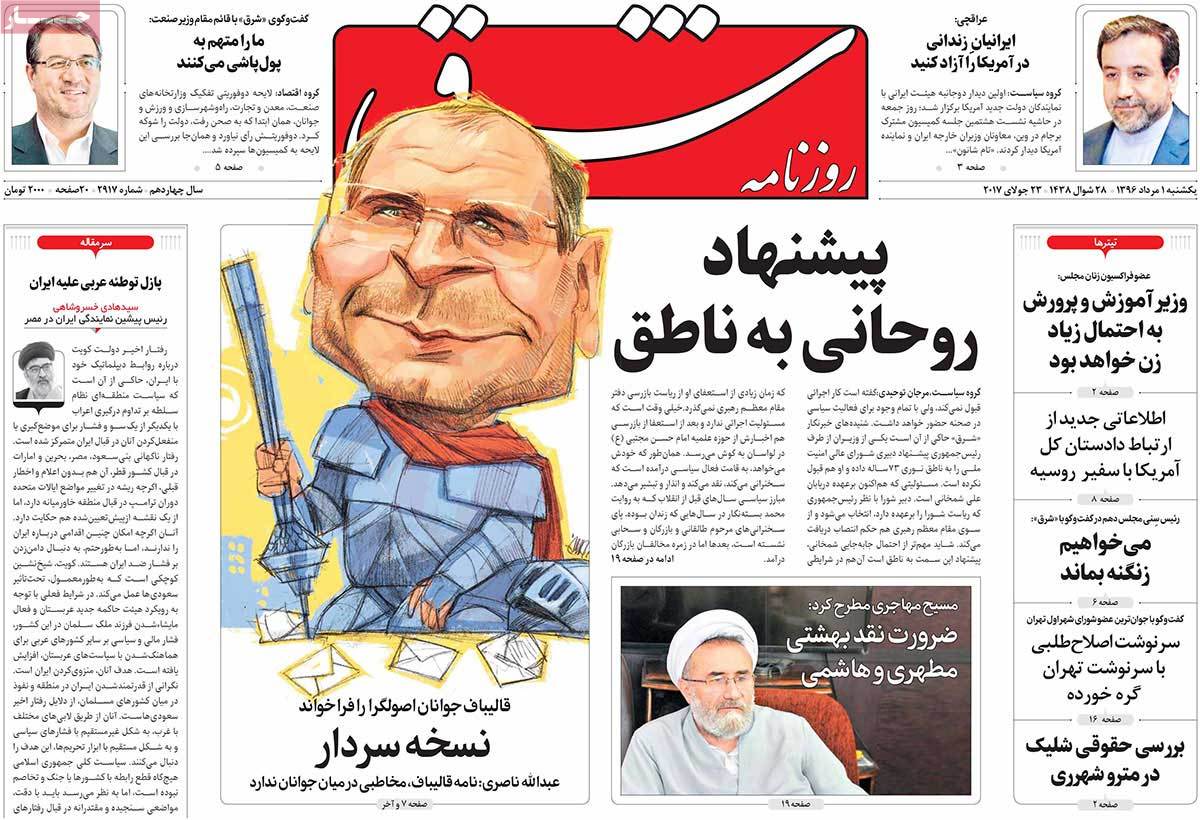