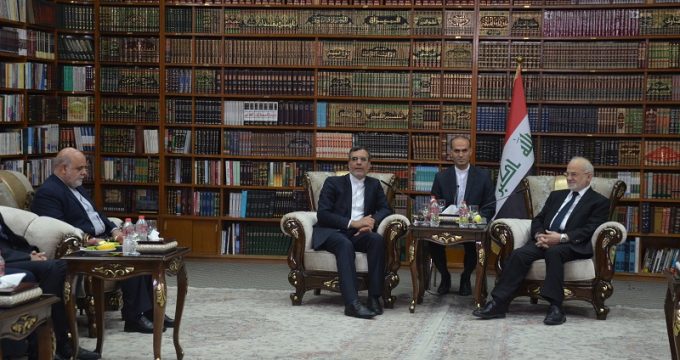 IRNA – Iraqi foreign minister appreciated Iran for playing a key role in war against the terrorist group of Daesh (ISIS).

Ibrahim al-Jaafari also thanked Tehran for extending support to Baghdad during the fight against the deposed Iraqi dictator Saddam Hussein and establishment of a new system in Iraq.

Al-Jaafari made the remarks during a meeting held in the Iraqi capital with the visiting Iranian Deputy Foreign Minister for Arab and African Affairs Hossein Jaberi-Ansari on Saturday evening.

He went on to say that Iraq and Iran enjoy historical relations as well as considerable commonalities in the areas of geography, religion and culture.

Baghdad-Tehran ties, as he said, is a good example for other countries.

In the meeting, the two officials also exchanged views about the international, regional and bilateral questions.

Iran’s Jaberi-Ansari arrived in the Iraqi capital on Saturday afternoon within the framework of holding the joint political committee.

In Baghdad, he is also to meet with Iraqi Deputy Foreign Minister Nazar Khairallah.