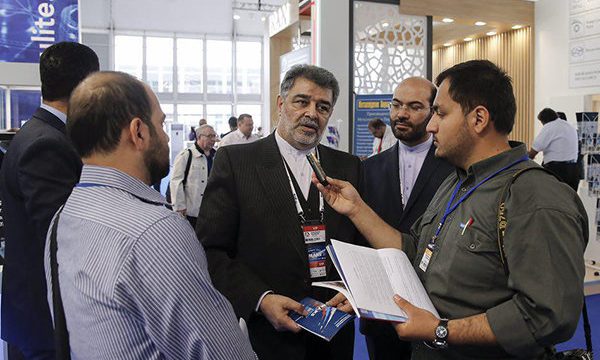 Iran to export drones to Russia

MNA– IAIO Director Brig. Gen. Banitarafi said joint venture with the Russian has kicked off in design and export of certain UAVs.

Director of Iran’s Aviation Industries Organization (IAIO) Brigadier General Abdolkarim Banitarafi recalled that Russia had always sought to cooperate with Iran in the field of UAVs noting “several joint projects have been launched with the Russians which involve cooperating in design and export of some UAVs as well as that Iran is capable of exporting drones to the Eurasian country.”

“Given that the Islamic Republic of Iran is one of the world’s top countries in design and manufacturing of UAVs, Russia has a great desire to cooperate in the field in a give and take process where Iran will also take advantage of a number of Russian technologies,” he continued.

Referring to the presence of four models of Iranian-made UAVs at the International Aviation and Space Salon (MAKS-2017), Banitarafi said “all latest achievements of the country cannot be showcased in these exhibitions presentation of products needs to be controlled.”

At the end of his remarks, the commander said interests of the Islamic Republic of Iran will be pursued without delays though certain requests of Russian in some fields, UAVs in particular, cannot be met.”

Iranian air, defense, and missile industries have showcased some of their latest achievements at the International Aviation and Space Salon (MAKS-2017) in Zhukovsky near Russian capital city of Moscow.