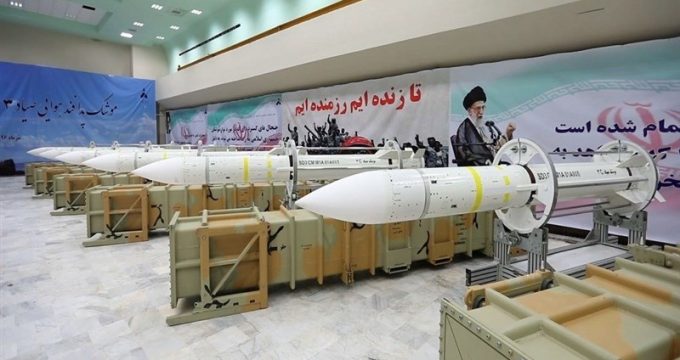 The European Union (EU) says economic engagement with Iran has been ongoing since a multilateral nuclear deal with the country despite “existing challenges,” an apparent acknowledgement of the United States’ attempts to throw a wrench into the works.

New US sanctions in breach of both letter, spirit of JCPOA: Iranian oficial

Head of Iran’s Strategic Council on Foreign Relations Kamal Kharrazi said the new US sanctions against Iranian individuals and entities are in violation of both the letter and spirit of the 2015 nuclear deal between Tehran and world powers.

Dehqan: Sayyad-3 missile capable of dealing with all kinds of EW

Iran’s Defense Minister General Hossein Dehghan has said his ministry is able to provide the defense needs of the Armed Forces in the shortest possible time.

Intl. community needs to remind US of JCPOA promises

Iran’s Deputy FM Takht-Ravanchi called on the international community to take a stand against US breach of its JCPOA commitments and urge Washington to implement its commitments under the deal.

The White House has warned Iran of “serious consequences” if it does not release all American citizens imprisoned in the country.

Iraq Defense Minister Irfan al-Hayali arrived in Tehran on Saturday, at the head of a defense delegation.

MP: Hajj to be off agenda if Iranian diplomats denied Saudi entry

An Iranian lawmaker raised the possibility on Saturday that plans for the participation of Iranian pilgrims in this year’s Hajj season might be cancelled if the Saudi government keeps refusing to allow a delegation of Iranian Foreign Ministry representatives entry into the kingdom.