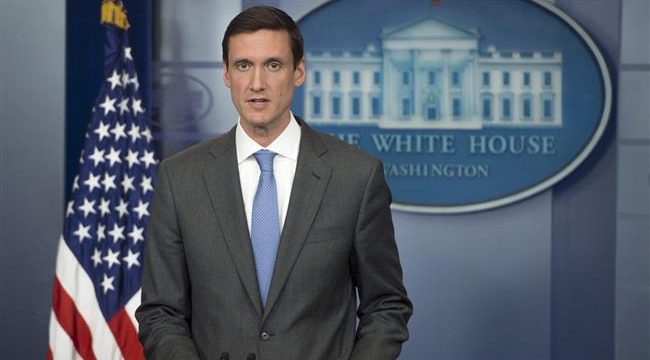 Press TV- US President Donald Trump’s homeland security and counterterrorism adviser says the US is seeking a political resolution to the conflict in Syria and won’t insist on Syrian President Bashar Assad’s immediate ouster.

Tom Bossert said Thursday there needs to be a political outcome in Syria, not a military-imposed one that has no political strategy to fill a void in leadership.

“I don’t think it’s important for us to say Assad must go first,” Bossert said at the Aspen Security Forum, an annual gathering of intelligence and national security officials and experts.

“The US would still like to see Assad go at some point. That would be our desired outcome,” he added.

The administration of former President Barack Obama had chanted “the Assad must go” mantra on major international forums for several years.

Bossert made the remarks following news reports that Trump had decided to end a covert CIA program that has been arming, training and funding anti-Damascus militants since 2013.

US officials said that ending the CIA operation reflects Trump’s interest in finding ways to work with Russia. Moscow had long pushed Washington to end the covert program, which was begun by the Obama administration to overthrow Assad.

However, the CIA effort had failed to achieve its goals and some US lawmakers had proposed cutting its budget. By some estimates, the CIA trained some 10,000 militants.

For years, Damascus has accused the US of supporting militants seeking to topple the government.

Despite halting the CIA program, the US is still militarily involved in Syria. In May, Trump authorized arming the so-called Syrian Democratic Forces — a Kurdish rebel group — using Department of Defense funds.

Since 2015, Russia has been conducting cruise missile strikes and aerial attacks against terrorist positions in Syria at a request from the Syrian government. The US has been leading dozens of its allies in a military mission purportedly aimed rooting out Daesh since 2014.