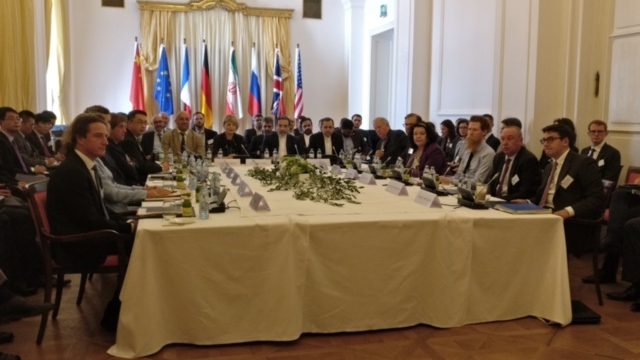 Eighth session of JCPOA joint commission kicks off in Vienna

Tasnim- The eighth session of the JCPOA joint commission, a group tasked with monitoring commitments to a nuclear deal between Tehran and six world powers, started work in the Austrian capital, Vienna on Friday.

Representatives from Iran, the Group 5+1 (Russia, China, the US, Britain, France and Germany) and the European Union gathered in Vienna to address Iran’s complaint about US breach of its obligations and the procedure of implementation of nuclear deal, known as Joint Comprehensive Plan of Action (JCPOA).

Araqchi had said earlier that Tehran would raise Washington’s moves in breach of the 2015 nuclear deal in JCPOA joint commission meeting.

Speaking to reporters in the Austrian capital of Vienna on Thursday, Araqchi said the latest conditions of the process of implementing the JCPOA and Iran’s complaints about the US’s failure to meet its obligations under the deal would be discussed during the JCPOA joint commission meeting.

He further emphasized that over the past year and a half, Iran has remained committed to its undertakings as confirmed by the International Atomic Energy Agency (IAEA).

However, the other side, particularly the US, has violated and reneged on the JCPOA in some cases, the Iranian diplomat said, adding that Iran has discussed the cases in the JCPOA joint commission and some of them have been resolved.

Araqchi went on to say that according to the nuclear deal, the Islamic Republic has the right to decide on how to respond to the US breaches of the JCPOA.

The seventh session of the JCPOA joint commission was held in Vienna in late April.