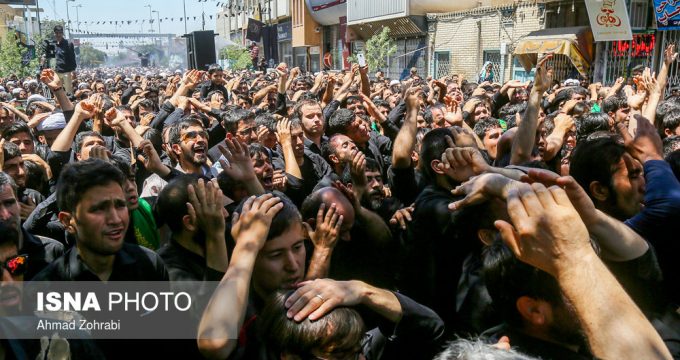 ISNA l Ahmad Zohrabi: Mourning ceremony of Imam Sadiq (PBUH) was held in holy city of Qom. Thursday coincided with the martyrdom anniversary of the Imam, a descendant of Ali ibn Abi Talib (PBUH), who was the first Shia Imam to assume the role of leading Muslims after the Prophet Mohammad (PBUH). After holding the role of Imamate (Leadership) for 28 years, Imam Sadiq was poisoned at the age of 65 in 765 C.E. at the behest of then Abbasid Caliph Mansur. Mansur would regularly summon the Imam before orchestrating his martyrdom and consider him a sizeable challenge to his rule. After Martyrdom, the Imam was buried in the Baqi Cemetery in Medina, in present-day Saudi Arabia.