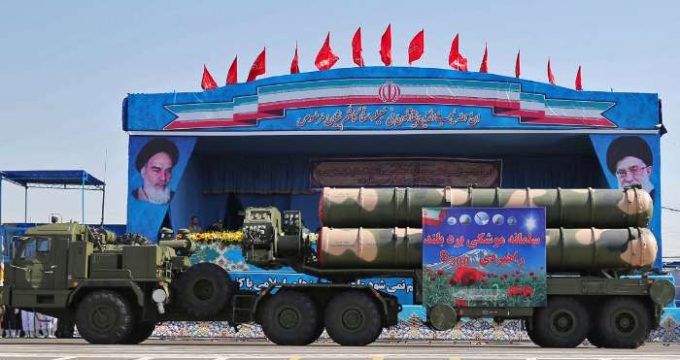 Sputnik – Iran is unlikely to purchase Russia’s anti-missile systems in future in addition to the already acquired S-300 systems as Tehran has technology to upgrade its own Bavar 373 systems, Jagath Zedvar, marketing and export development director of Aviation Industries Organization of Iran (IAIO), told Sputnik Tuesday.

“As you know we received from Russia S-300 systems but before we received them we had made a similar Iranian version of anti-missile system called Bavar 373 surface-to-air missile system. I don’t think we will have any deals in this field in years to come because we already got the technology and we can advance it by ourselves,” Zedvar said on the sidelines of the International Aviation and Space Salon MAKS-2015, which started on Tuesday in the Russian city of Zhukovskiy.

He also said that Iran plans to expand cooperation with Russian manufacturers of civil aviation and, in particular, sign a number of contracts with helicopter spare parts’ producers during the MAKS-2017.

“Nowadays and here at MAKS, Iran plans to expand our cooperation with the Russian helicopters’ producers and vendors. As you know, we acquired different types of helicopters… We are not planning to sign any big contracts during MAKS but we are expecting to sign memorandums of understanding and small contracts with the suppliers in the civil aviation field, generally with the helicopter parts’ suppliers and in general in civil aviation field,” Zedvar said.

According to Zedvar, Iran needs to procure some components to repair the Russian-made helicopters.

“Besides, we need some help in terms of training to improve our capabilities for the advance repair and the overhaul for Mi-8 and Mi-17,” Zedvar added.

The two states have a number of projects in the sphere of helicopter industry cooperation. In late March, Russian Helicopters, a Moscow-based helicopter manufacturing company, announced that it signed a memorandum on potential cooperation with the Iranian state corporation IDRO Group, providing for establishment of a joint plant in Iran to assembly Russian Ansat or Ka-226T light multirole helicopters.

The Iranian aviation industry will not be affected by the new round of the US sanctions against Tehran, Zedvar said.

Earlier in the day, the US Treasury announced new sanctions targeting 16 entities and individuals supporting Iranian military and Iran’s Islamic Revolutionary Guard Corps (IRGC), including through “the development of unmanned aerial vehicles.”

“This sanctions will not affect us as we independently design, produce and repair our products. As we already manufacture inside Iran the critical items, therefore these sanctions will have no effect on our activities. For example, these days we are passing some tests and I think in one year we will start fly tests of our trainer fighter aircraft.”

On June 16, Ali Akbar Velayati, a top adviser to Iranian Supreme Leader Ayatollah Ali Khamenei, noted that the US Senate’s decision to impose new sanctions was a clear violation of the Joint Comprehensive Plan of Action (JCPOA) deal, signed by Iran, the European Union and the so-called P5+1 group — the United States, Russia, China, France and the United Kingdom, plus Germany — in 2015.