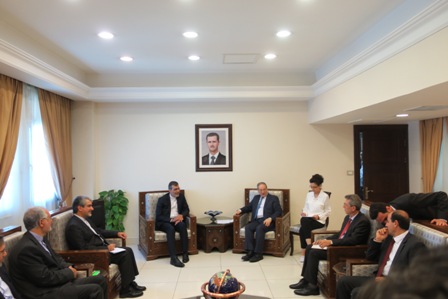 In the meeting, the two high-rank political officials discussed the most recent developments on the region.

Jaberi Ansari arrived in Damascus late on Tuesday to participate in meetings of the fifth Iran-Syria Joint Political Commission.

He is also to talk with Syrian officials on the latest developments of the region and discuss bilateral cooperation.

He last visited Syria in January and held talks with the Syrian President Bashar al-Assad, Prime Minister Imad Khamis and Deputy Foreign Miniser Faisal Mekdad on the latest developments of the country and the world.