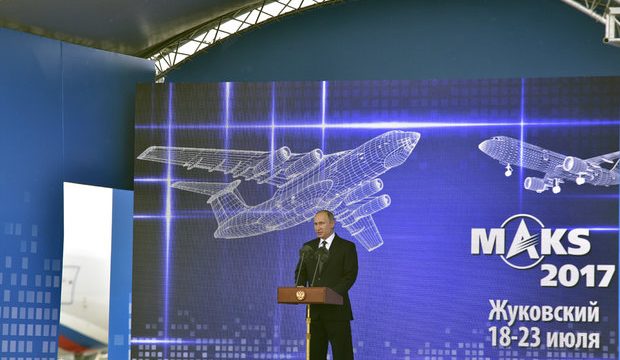 MAKS-2017 air show kicks off in Russia with Iran participation

IRNA – The 13th International Air Show of Russia so called “MAKS-2017 “ kicked off on Tuesday with vast participation of different companies from many countries including several delegations from Iran in International Airport of Zhukovsky, 40 kilometers southeast of Moscow.

At the air show, which is one of the biggest and most prestigious world exhibitions, 760 companies and corporations from Russia and around 40 other states have displayed their capabilities in the field of aerospace industry.

President Vladimir Putin by a message inaugurated the air show.

The exhibition will be open for another five days.

More than 70 military planes will fly in the air show and 92 other planes will be on display.

Delegations from Iran have participated in the air show for negotiation and visit and certain others for showcasing their achievements in the show.