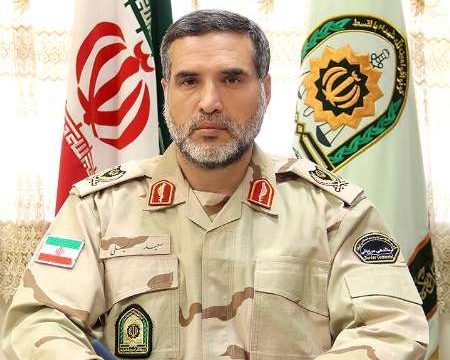 IRNA – Commander of Sistan-Baluchestan Border Guards said on Monday that Iran’s security and police officials as well as its Foreign Ministry and the Shia and Sunni Ulema of the eastern province of Sistan and Baluchestan have been continuing efforts for the release a border guard kidnapped by terrorists on Mirjaveh border several months ago.

Speaking to IRNA on Monday, Brigadier General Saeed Komili confirmed that the abducted border guard is in good health, saying, “We are engaged in diplomatic talks to help release Saeed Barati, a border guard kidnapped on Mirjaveh border.”

He further noted that 12 border guards including nine conscripts were attacked by terrorists late in April when they were changing posts.

During the terrorist move, three non-commissioned officers and six privates were martyred, two others wounded and one more was held captive by terrorists, the commander said.

“The kidnapped soldier is alive and in good health,” Ali Kord, member of the Iranian Majlis (Parliament) from Mirjaveh, Khash, Kurin and Nosratabad, told IRNA on Monday.

He added, “We are pursuing the case of his release through Foreign Ministry and Pakistan’s Consulate in Zahedan.”
The hostage-takers are intending to extort money for Barati’s release but Iran’s national authority never allows demanding ransom in this respect, Kord stressed.

The MP also said that security situation in eastern border is in a desirable condition and security, military and disciplinary forces are safeguarding the borders powerfully.