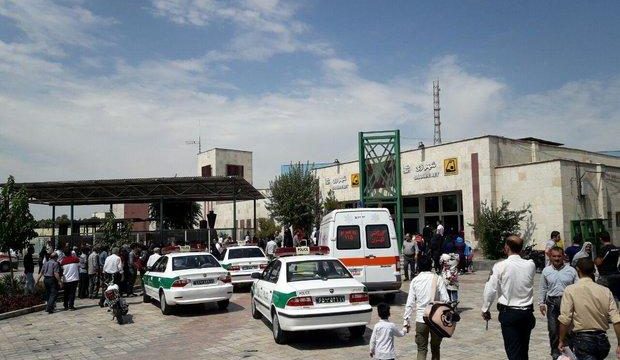 MNA – A man stabbed and injured a cleric and two other men in Shahr-e Rey subway on Saturday morning.

After a verbal conflict between a cleric and a young man in Shahr-e Rey subway on Saturday, the man stabbed him and some other people on the scene who tried to help and stop the conflict.

Minutes later, after the attacker ignored police warnings, forces opened fire to him and arrested him. following which the attacker was dead.

The aggressor and the injured ones including the cleric were taken to the hospital immediately by emergency staff, however the attacker died due to critical condition.

Security has been restored at the station which is now open to public.