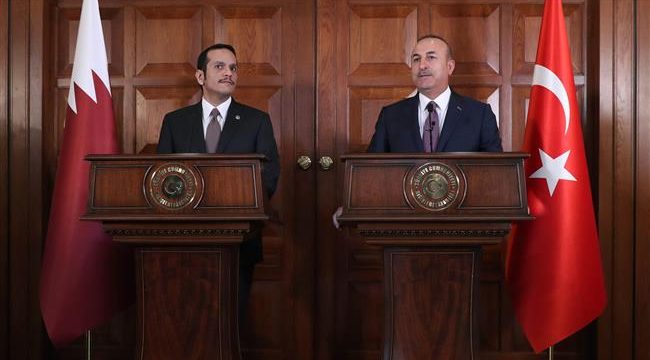 Press TV – Qatar says the current unprecedented diplomatic row between Doha and a Saudi-led bloc “cannot be solved in a day,” as a recent mediation effort by US Secretary of State Rex Tillerson came to an end without any breakthrough.

The unprecedented crisis in the Persian Gulf region unfolded on June 5, when Saudi Arabia, Bahrain, the United Arab Emirates and Egypt severed ties with Qatar, officially accusing Doha of supporting “terrorism” and destabilizing the Middle East, allegations that Qatar says are unjustified and stem from false claims and assumptions.

To further pressure Qatar, Saudi Arabia has totally closed its land border with its tiny neighbor, through which much of Qatar’s food supply crossed. Iran and Turkey are now providing Qatar’s required food supplies.

On June 22, the four Arab nations urged Qatar to abide by a 13-point list of demands if it wanted the crippling blockade lifted, but the defiant Doha government has strongly refused to comply, calling the demands “unrealistic, unreasonable and unacceptable.” In return, the four countries vowed to impose further sanctions on Doha.

The demands included shutting down the Doha-based Al Jazeera broadcaster, scaling back cooperation with Iran, closing the Turkish military base in Qatar, and paying an unspecified sum in reparations.

Elsewhere in his Friday remarks, the Qatari foreign minister denied again allegations that his country supports terror groups, and accused the Saudi-led alliance of failing to provide “single evidence” to prove their claims.

Sheikh Mohammed also lambasted the bloc’s demand to close the Turkish military base in Qatar, which houses some 150 troops, saying, “No country has the right to raise the issue of the Turkish base or the military cooperation between Qatar and Turkey as long as this cooperation respects international law.”

The Turkish foreign minister, for his part, described the demand to shut down his country’s military base in Qatar as “unacceptable,” adding that the two countries’ militaries were in technical talks for the implementation of a bilateral military cooperation agreement.

“A third country has no right to say something to Qatar or Turkey. Everyone must respect this,” Cavusoglu added.

The top Turkish diplomat, whose country has supported Qatar in the dispute, also echoed his Qatari counterpart’s comments on the prospect of resolving the crisis, saying it might not be defused “in the short run, but we are hopeful that a solution will be found to the problem in the medium term.”

Meanwhile, the White House announced that US President Donald Trump had a telephone conversation with Saudi Arabia’s King Salman bin Abdulaziz Al Saud to discuss efforts to settle the month-long dispute between Qatar and the Saudi-led bloc.

The coordinated move against Doha is spearheaded by Riyadh, which often manages to have its vassal states fall into line. Saudi Arabia itself is known as the main sponsor of the violent Wahhabi terrorists it has accused Qatar of supporting. Some analysts believe the Saudi anger is rather because Qatar acts more independently of Riyadh, including in its relations with Iran.