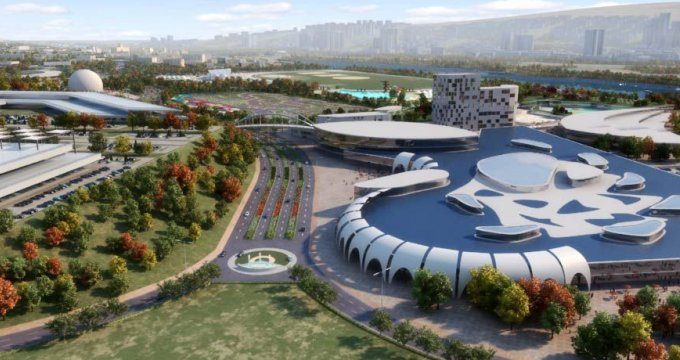 Financial Tribune- Work on Sarzamin-e-Iranian (meaning Land of Iranians), a massive tourist resort 35 kilometers southwest of Tehran, is progressing well and will partially open by the end of the current Iranian year (March 20, 2018).

Speaking at a meeting with senior executives at the Tourism Financial Group, Mehdi Jahangiri, chairman and CEO of the company, said, “Key phases of the tourism village will be able to host tourists by the yearend,” ISNA reported.

The village is essentially an extension of Tehran’s satellite city of Parand and a part of Zarandieh Special Economic Zone.

The location was selected because a free trade zone would help draw investment and air quality in the area is among the best in the country.

The resort made little progress in its early years following the announcement of its development in 2011 because many believed the plans were too complex and ambitious.

“We believe the resort, once complete, will be able to generate 800 jobs,” Jahangiri said.

Spanning an area of about 1,400 hectares, the resort is expected to become one of the largest in the Middle East.

“It will be a residential and recreational capital right next to Tehran and become one of the best equipped resorts in the region,” he said.

The village will host a Formula 1 race track, retail village, health village, golf course with villas, equestrian club and a water park like none seen before in the country.