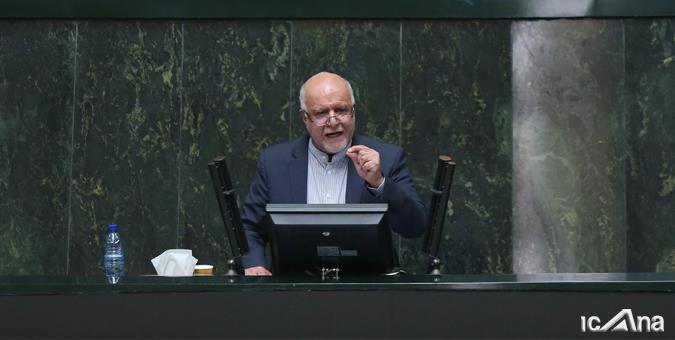 Each year of delay in South Pars development incurs $5b in losses: Min.

Shana — Iranian Minister of Petroleum Bijan Zangeneh says the country will sustain $5b in losses every single year that development of South Pars phases is delayed.

Addressing the Iranian parliament’s Wednesday session, Zangeneh said Iran has so far made a loss of 22 billion dollars for postponing development of South Pars phases, resulting in growing unemployment and poverty in the country.

Zangeneh further shared with MPs details of a landmark deal that the National Iranian Oil Company (NIOC) has signed with a consortium comprising France’s Total, China’s CNPC International and the Petropars Company from Iran for developing phase 11 of the major gas field, which is shared by Iran and Qatar in Persian Gulf waters.

Based on the deal, 290 million barrels of gas condensate, 14 million tons of liquefied petroleum gas (LPG) including propane and butane, 12 million tons of ethane, 2 million tons of sulfur and 315 billion cubic meters of light sweet gas are produced during 20 years of operation of the phase.

He said the value of the items produced from the phase is estimated to reach $130 billion dollars throughout the project.

No Restrictions for Working with Domestic Companies

The official further added that the newly-devised model of oil contracts imposes no limits on cooperation with Iranian companies, adding the companies can fully develop projects provided that they win in tenders.

He also said incentives have also been offered to Iranian companies like being able to offer costs of developing projects up to 10% higher than their foreign rivals in tenders.