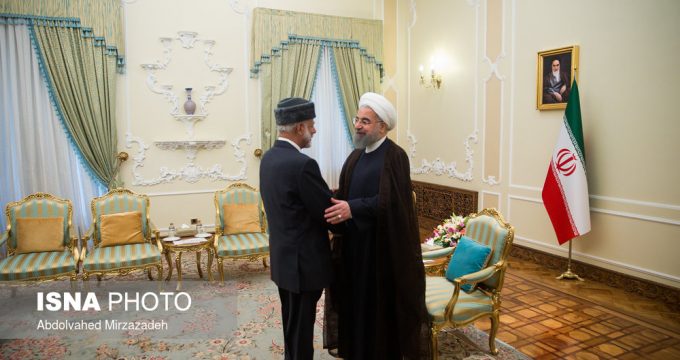 Iran’s President Hassan Rouhani has denounced a blockade imposed by a Saudi-led bloc of states against Qatar, saying resorting to such pressure tactics against neighboring states as a “wrong” policy.

Iran’s state railway company and its Italian counterpart have signed a deal worth 1.2 billion euros ($1.3 billion) to build a high-speed rail line between Iranian cities of Arak and Qom.

The European Union’s foreign affairs chief Federica Mogherini has stressed that the historic nuclear deal with Iran is an international agreement endorsed by the United Nations.

An Iranian cancer researcher arriving in the U.S. to start work at a prominent Boston hospital has been detained at Logan International Airport.

Israel lacks any sympathy towards Muslims

Iranian Parliament Speaker Ali Larijani condemned some Muslim countries efforts to establish ties with Israeli regime underlining that the result would not be unfavorable as Israel has always been hostile to Muslims.

Iran fulfills its obligations in accordance with the Joint Comprehensive Plan of Action (JCPOA) on its nuclear program and the International Atomic Energy Agency (IAEA) regularly confirms this, the Russian Foreign Ministry said in a statement on Tuesday.

A triple-urgent bill for temporary freezing the contract with Total in Iran’s Parliament (Majlis) was removed from Majlis agenda on Wednesday after some of the signatories to the bill withdrew their support from it, said a member of Majlis presiding board.

Iran Foreign Minister and Oman’s Minister Responsible for Foreign Affairs discussed in a visit on Wednesday ways to promote and develop ties between the two countries in all areas.

Iran’s oil output will rise to around 4 million barrels per day by the end of the year, an Iranian oil official said on Wednesday as the OPEC member tries to ramp up production after years of international sanctions.

President Hassan Rouhani said on Wednesday that liberation of Mosul and people’s victory over Daesh terrorists pleased not only the people of Iraq but also the Iranian people and all the regional nations.