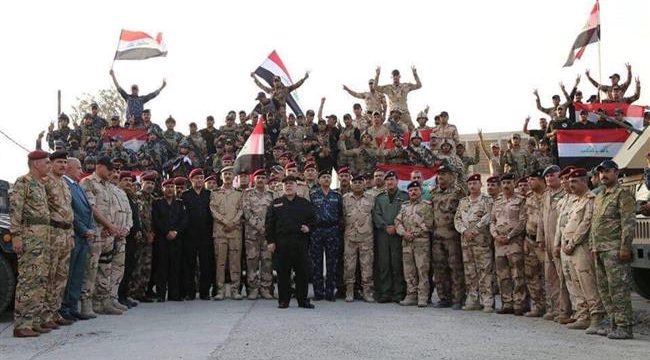 Al-Monitor | Arash Karami: Iranian officials congratulated the Iraqi government, the senior clergy, military officials and the Iraqi people for the liberation of the city of Mosul, which was occupied by the Islamic State (IS) three years ago.

Quds Force commander Gen. Qasem Soleimani, who had traveled to the front lines a number of times among Iraqi forces, said the victory over IS in Mosul is not only for the people of Iraq but for the world and all of humanity. Soleimani said that Iran’s Defense Ministry provided weapons to Iraq around the clock.

Soleimani gave special credit to Ayatollah Ali al-Sistani, Iraq’s most senior Shiite cleric, who he said is respected by all sects in Iraq. Soleimani said that Sistani’s fatwa calling on all Iraqis to defend themselves against IS, which eventually led to the formation of the Popular Mobilization Units (PMU), known as Hashid Shaabi, was instrumental in the battle against IS and “brought together a unity in the history of Iraq that is rare.” Soleimani said that in the meetings between Iraqi and Iranian officials, it was stressed that Supreme Leader Ayatollah Ali Khamenei sent the message that Iran would fully support the Iraqi government and clergy and that Ayatollah Khamenei views Sistani as a “treasure whose importance should be known by all Iraqis.”
Read more here