Iran Front Page- IFP has taken a look at the front pages of Iranian newspapers on Tuesday, July 11, and picked headlines from 19 of them. IFP has simply translated the headlines and does not vouch for their accuracy.

The top story today was the remarks made by IRGC Quds Force Commander Major General Qassem Soleimani about the ISIS terrorists’ heinous atrocities in Iraq and Syria as well as the Islamic Republic’s role in the liberation of Mosul.

Newspaper also covered a triple-urgency motion prepared by a number of Parliaments to stop the implementation of the country’s huge gas deal with Total.

The full liberation of Iraq’s Mosul and the celebrations held in the Arab country also received great coverage today.

Former Iraqi President Jalal Talabani’s arrival in Tehran and the speculations raised about the next mayor of Tehran were among other top stories. 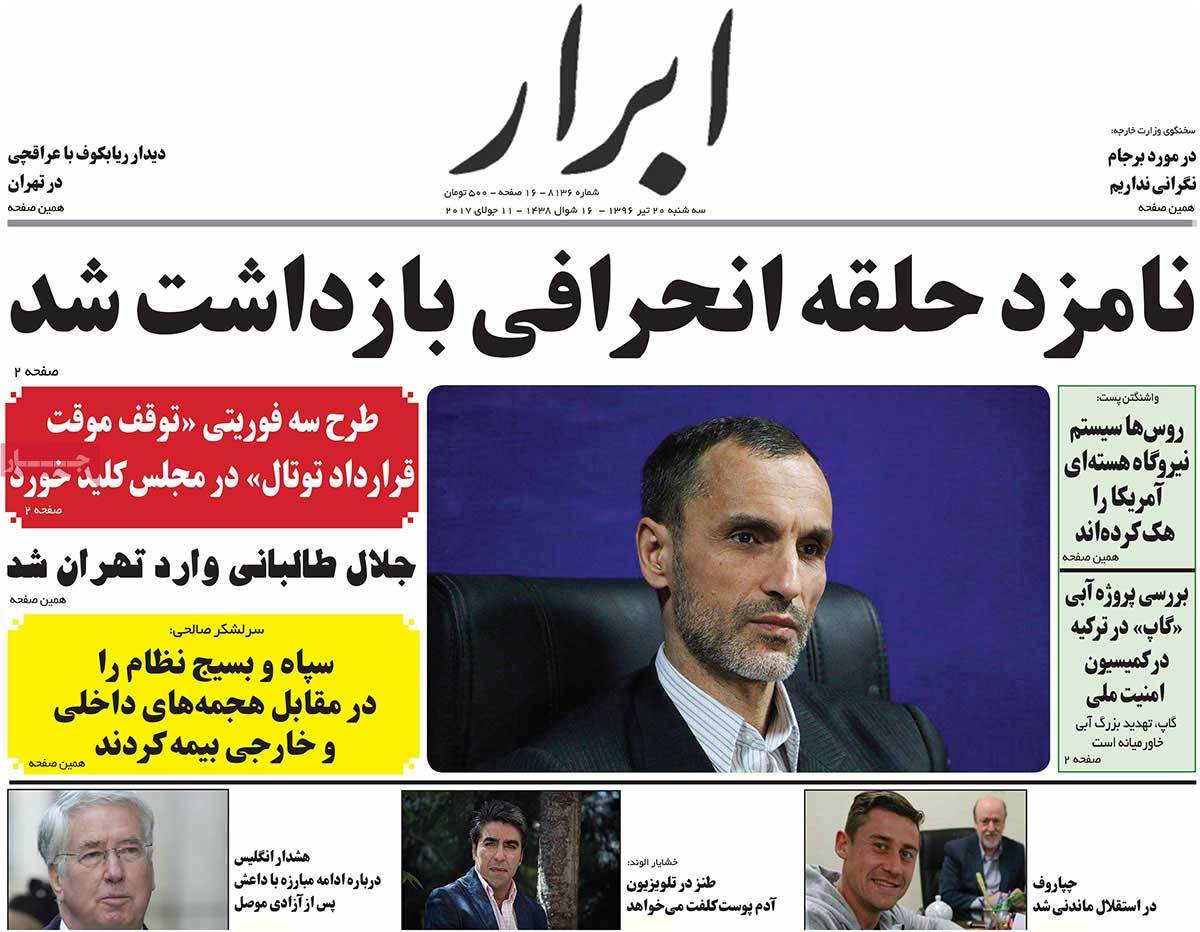 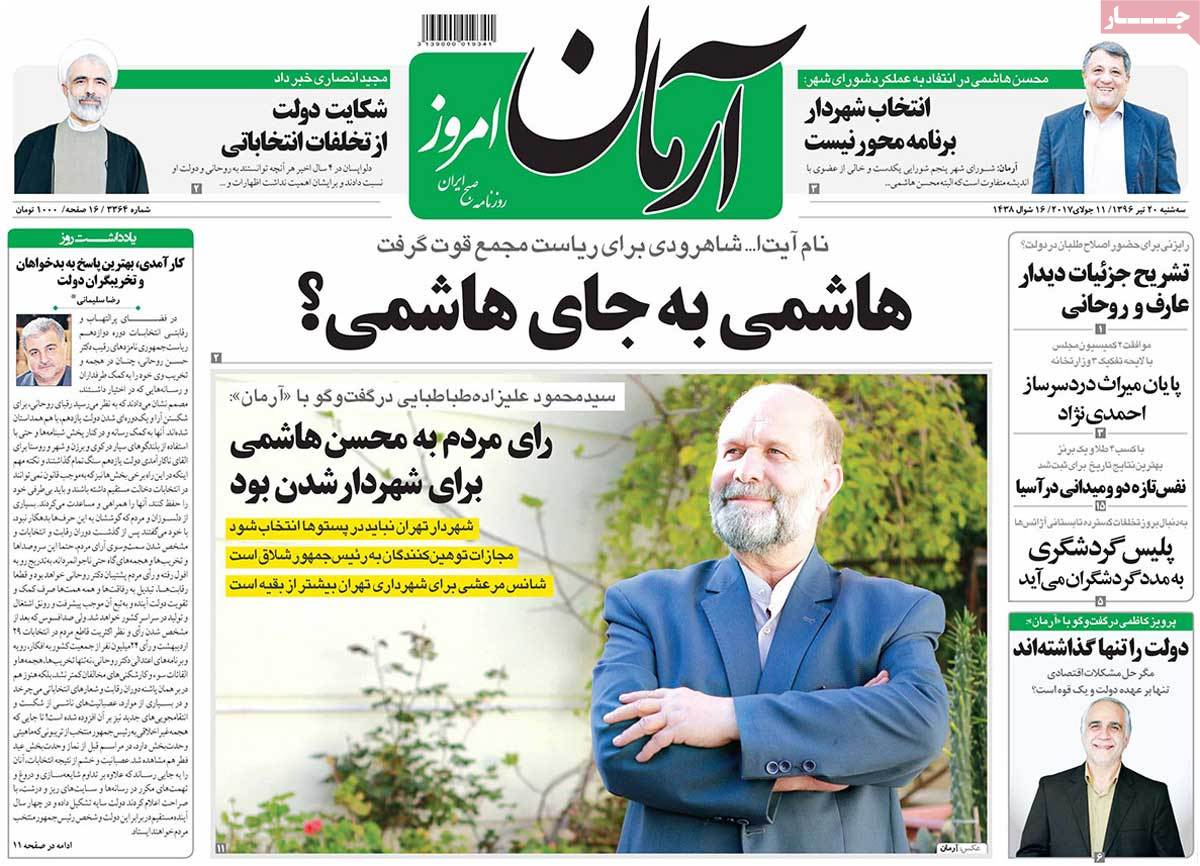 2- Iran Constitution Needs to Be Updated Based on Current Circumstances: VP

2- Zarif: Iran Relies on Its Own People for Its Security, Legitimacy

4- Non-Oil Economic Growth Rate in Past Iranian Year Stands at 3.3%

1- Diplomacy Should Be in Service of Economy

3- Fingerprint of Trump’s Son in Russiagate

2- RouhaniCare to Be Continued in Next Gov’t

3- Big Celebration of ISIS Collapse in Iraq; US Once Again Humiliated

1- Iran Leader Allocates $1.5bn to Development of Irrigation in Khuzestan

3- Iran Ready to React to Any Misguided US Step

4- Velayati: Head of Expediency Council to Be Appointed Soon