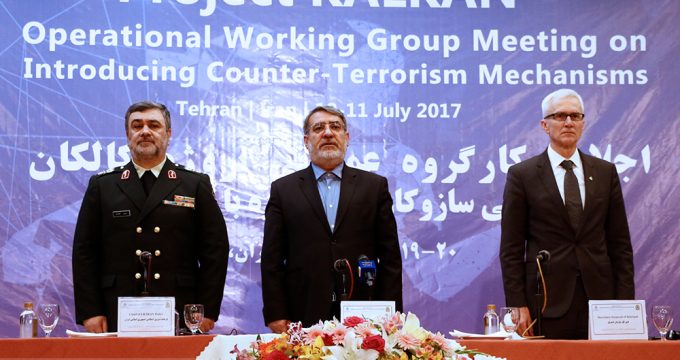 Tasnim – Iran has been the biggest victim of terrorism in recent decades as various terrorist groups have killed its people, a police official said, noting, however, that the country has spared no effort to improve security across the region.

“The Islamic Republic of Iran has made great efforts to provide security in the region over the past few decades. Meanwhile, it has been also the biggest victim of terrorism,” Major Najafi, representing Iran’s Police, said at a regional meeting of the International Police Organization (INTERPOL), held in Tehran on Monday.

He said many terrorist groups have harmed Iran after the victory of the Islamic Revolution in 1979, and have killed thousands of Iranian nationals from different walks of life.

Pointing to the supports that the terrorist groups have received from both the regional and Western governments to damage Iran, Major Najafi mentioned Daesh (ISIL) terrorist group, Jaish al-Adl, al-Nusra Front (also known as the Jabhat Fatah al-Sham), PJAK (the branch of PKK terrorist group in Iran), and the terrorist Mojahedin-e Khalq Organization (MKO), which alone has assassinated more than 12,000 Iranians.

The 13th working group meeting of Interpol under the framework of Project Kalkan kicked off in Tehran on Monday, focusing on tactics to fight off terrorism.

Counter-terrorism experts from 29 countries have attended the two-day meeting to discuss the ways to strengthen regional and international cooperation in the fight against foreign terrorist fighters (FTFs).