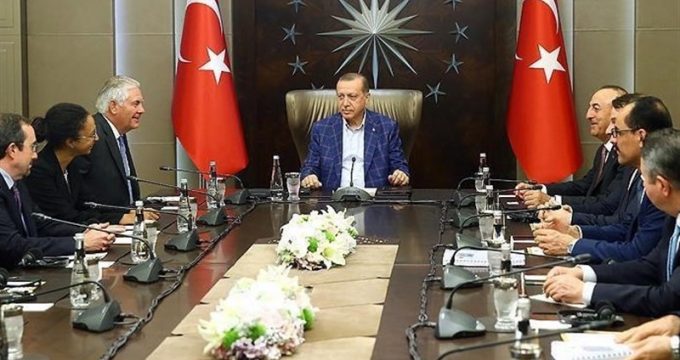 The top Turkish and US officials did not make any statement to the press prior to their meeting on Sunday, but the state-run Anadolu Agency said the latest developments in Syria, counter-terrorism efforts and the Qatar row dominated their discussions, Xinhua news agency reported.

Turkey, annoyed at US continued arming of the Syrian Kurdish militia and involving them in the battle for Raqqa, the stronghold of the Daesh (also known as ISIL or ISIS) group in Syria, has been reportedly making preparations for a military offensive against Afrin, a Kurdish-held canton in northwestern Syria.

Erdogan had a closed-door meeting with Tillerson on Sunday evening, Turkish media said.