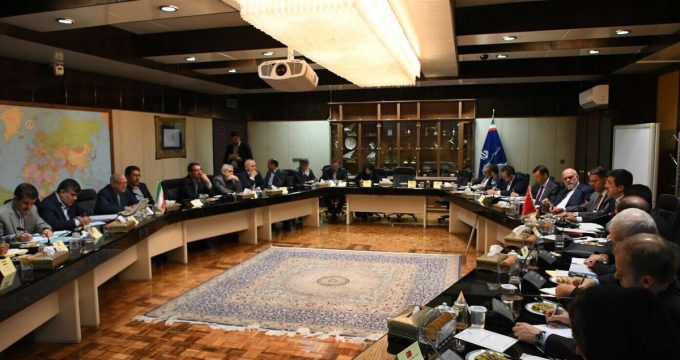 MNA– Iran’s industry minister and Turkish ministry of the economy emphasized the need to convert preferential trade agreement between the two sides into a free one.

Speaking at a meeting with Turkish Minister of Economy Nihat Zeybekci in Tehran, Minister of Industry, Mines and Trade Mohammad Reza Nematzadeh called for moving towards free trade between the two countries in view of their cultural, social and political relations.

He expressed hope that volume of trade turnover between Tehran and Ankara will increase saying “following ten years of sanctions, Iran has been gradually regaining its lost markets to supply domestic needs.”

The official stressed that Iran could reduce tariffs for importing goods by four percent as long as Turkey decreased tariffs of below 10% to a minimum.

Zeybekci of Turkey, for his part, said his country’s foreign trade was expected to reach $150 billion in 2017; “Turkey’s foreign trade volume revolves around 160 billion dollars half of which is pertains to exports to Europe.”

He deemed the cut in prices of energy and raw materials as causes of reduction in volume of trade between Iran and Turkey. We are ready to remove all obstacles to bilateral trade by resolving issues related to the goods included in the preferential trade agreement,” he underlined.

The meeting also discussed venues for slashing tariffs of goods present in the preferential trade agreements.

The preferential trade agreement was concluded between Iran and Turkey in April 2017 with the aim of developing trade exchanges, based on which Iran and Turkey agreed to provide grounds for importing a total of 120 commodities to their countries.