A Look at Iranian Newspaper Front Pages on July 10

Iran Front Page- IFP has taken a look at the front pages of Iranian newspapers on Monday, July 10, and picked headlines from 20 of them. IFP has simply translated the headlines and does not vouch for their accuracy.

The inscription of the historical city of Yazd in central Iran as a UNESCO World Heritage Site was also a top story today. 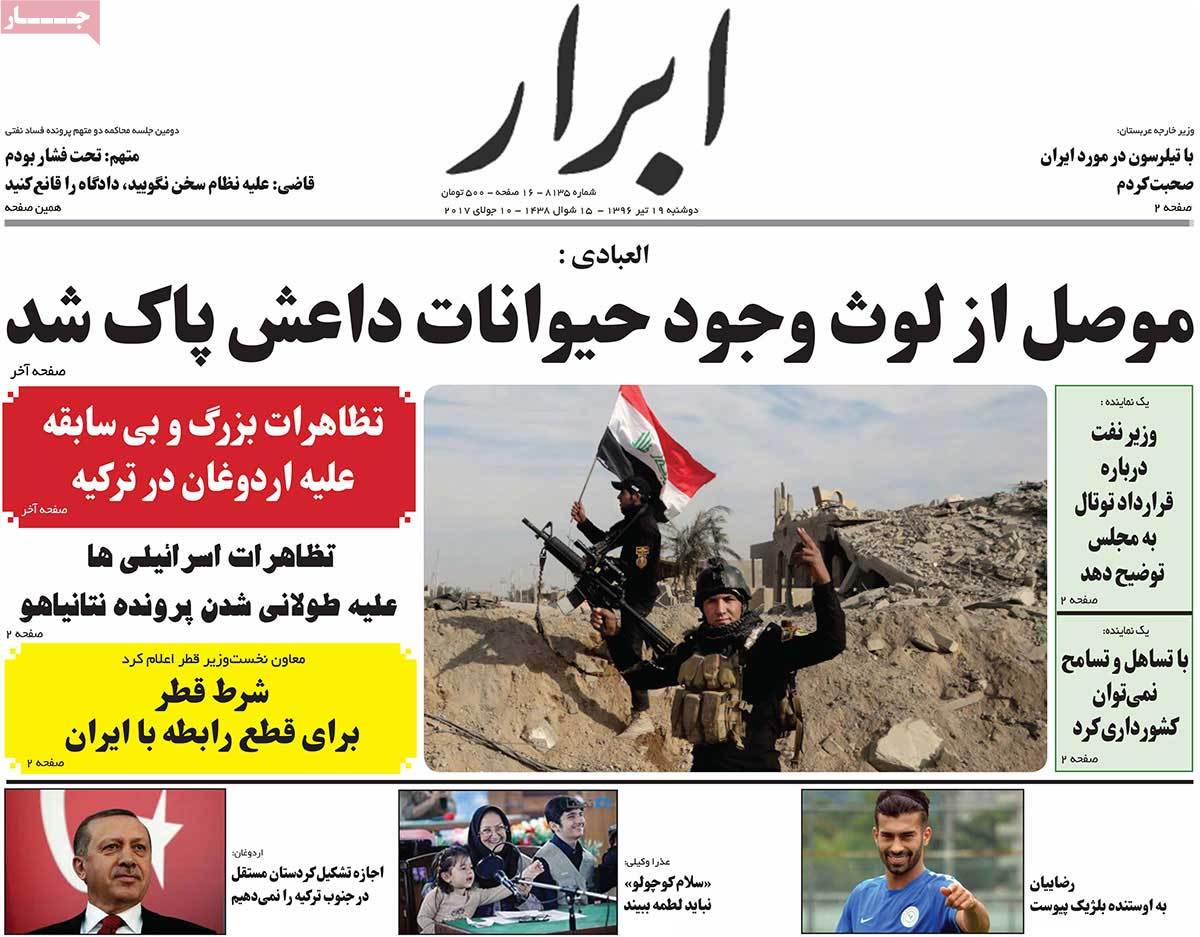 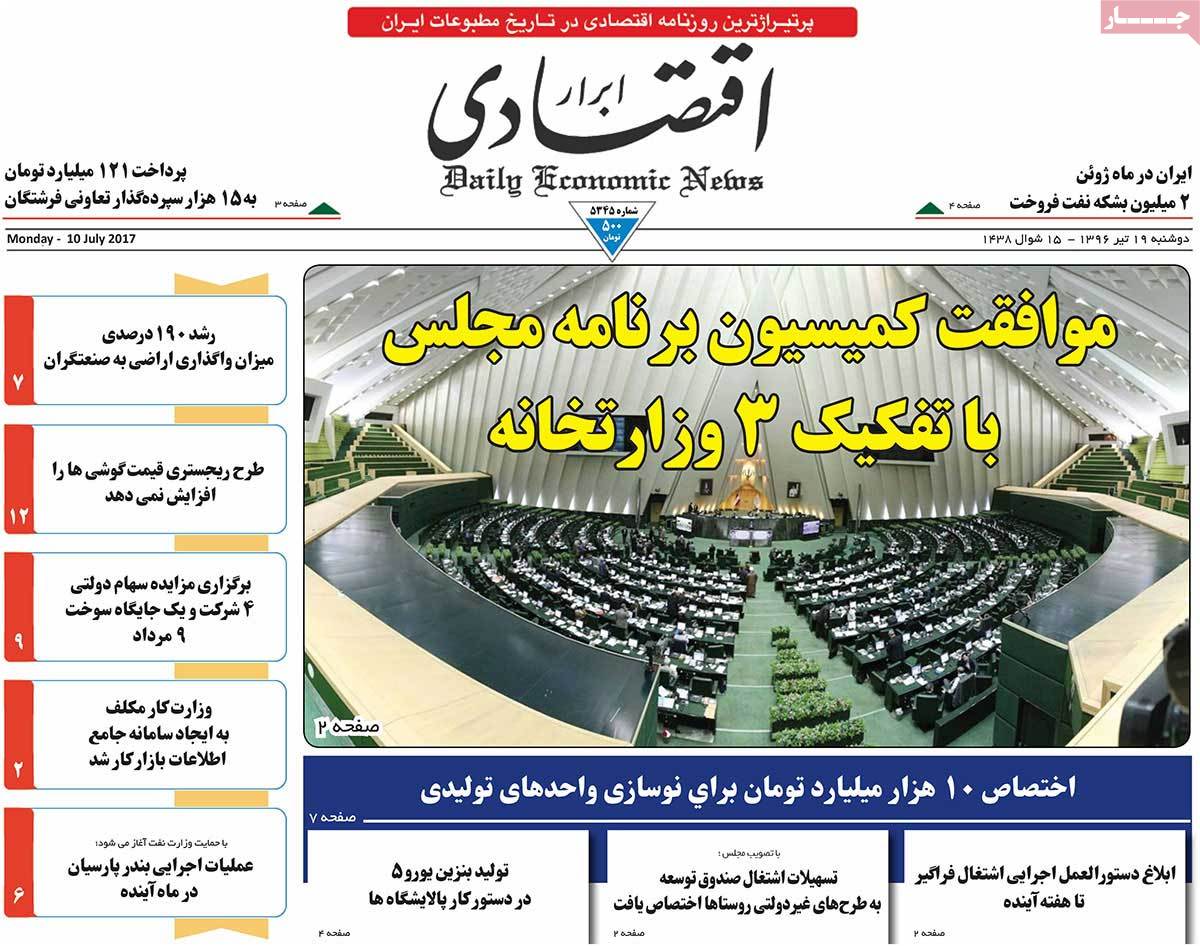 2- Should Tehran Be Worried about Warming of Trump-Putin Ties? 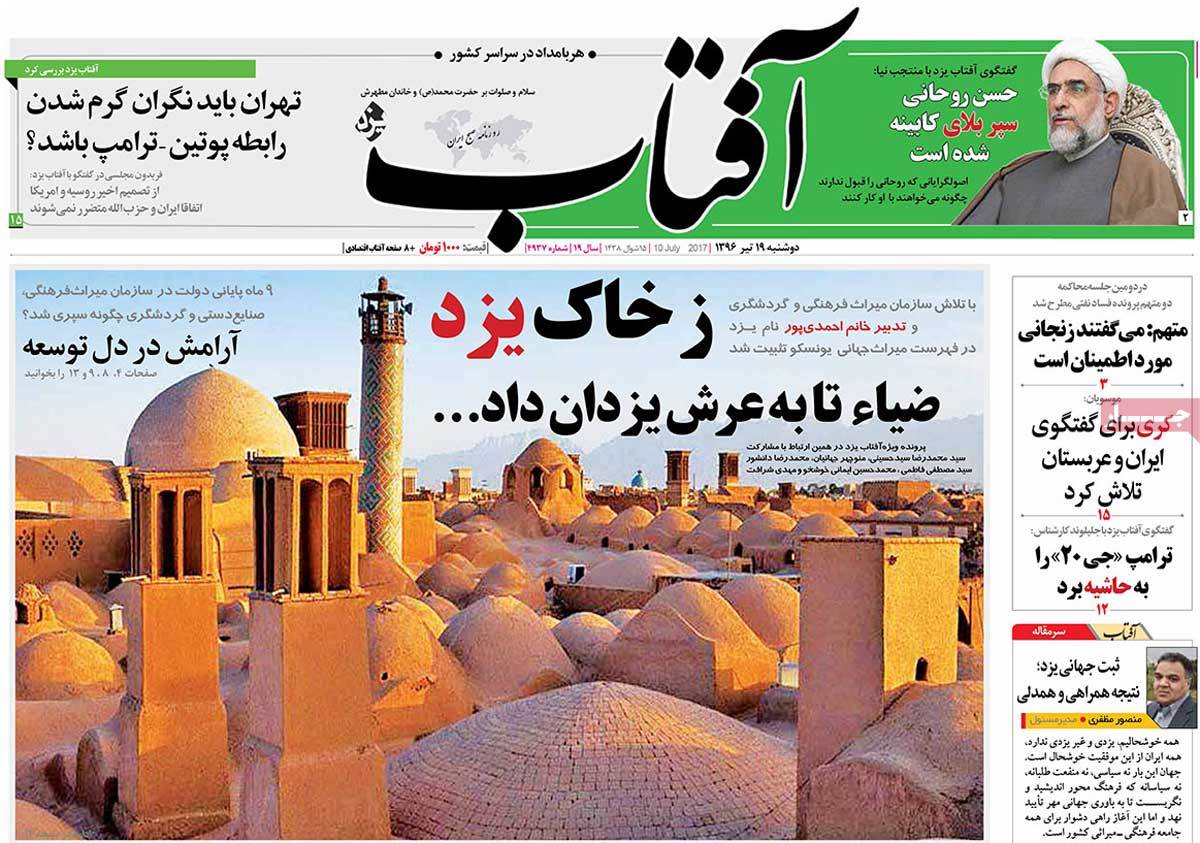 4- Tajikistan’s Condescension in Ties with Iran 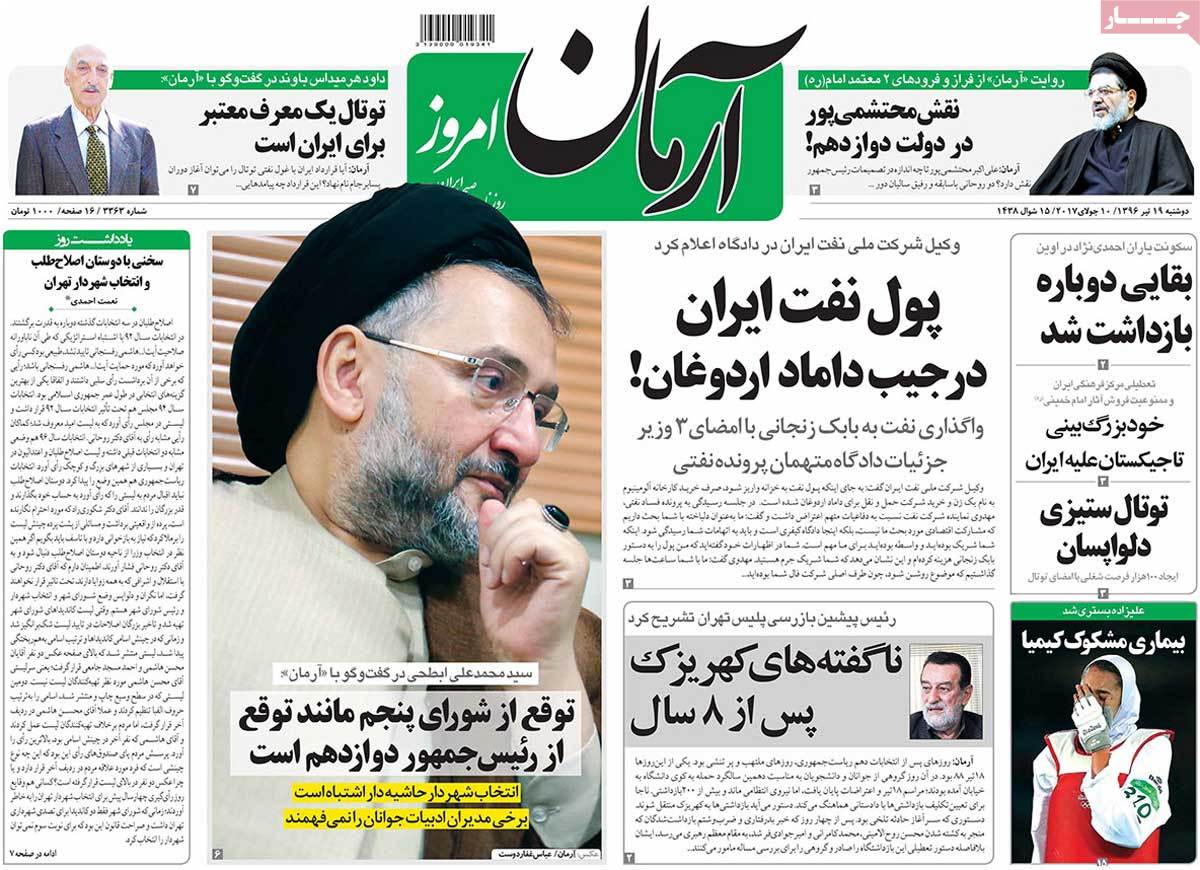 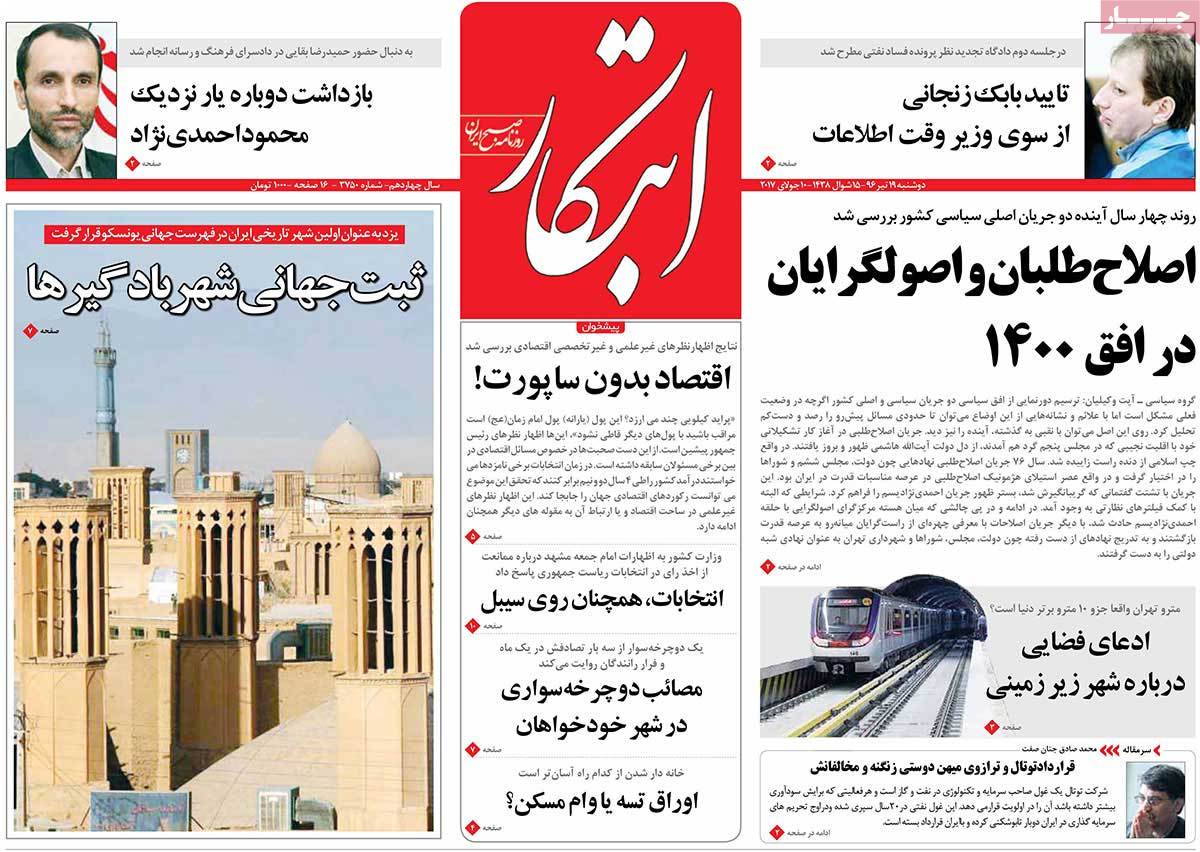 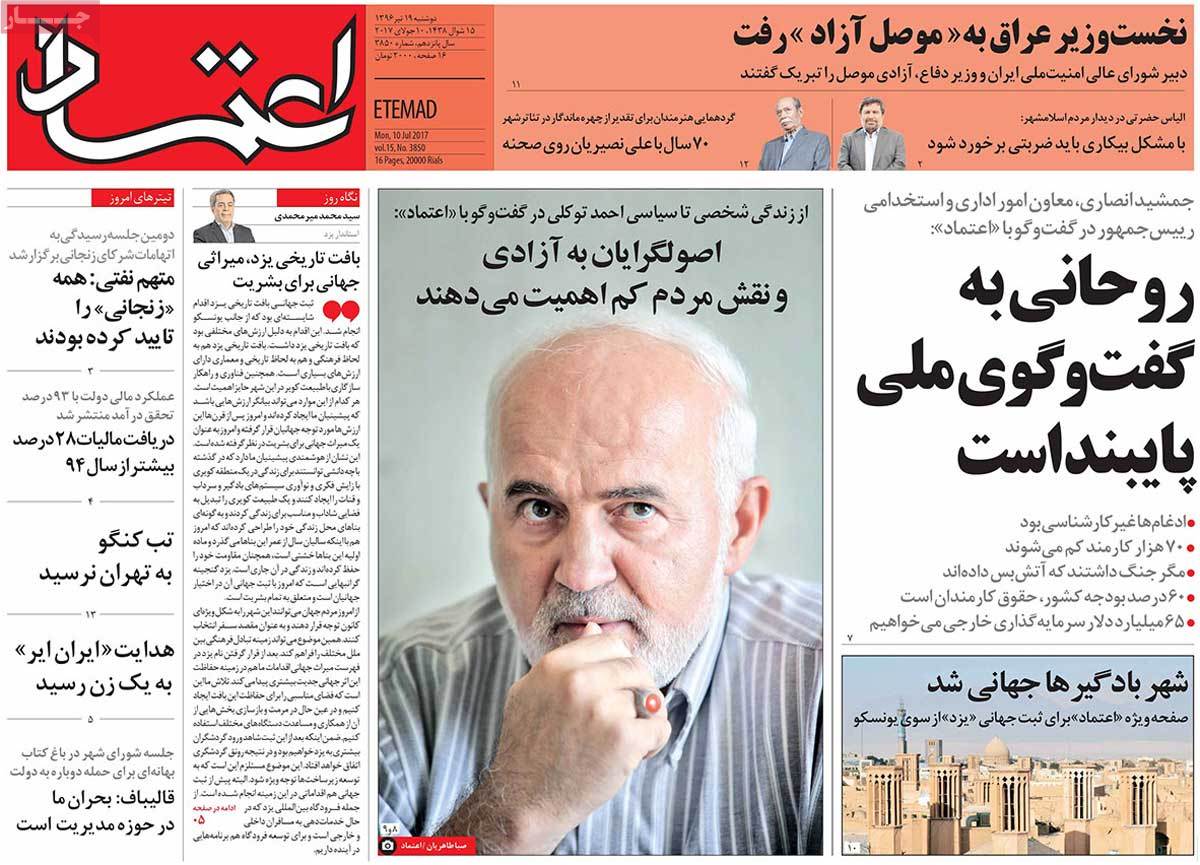 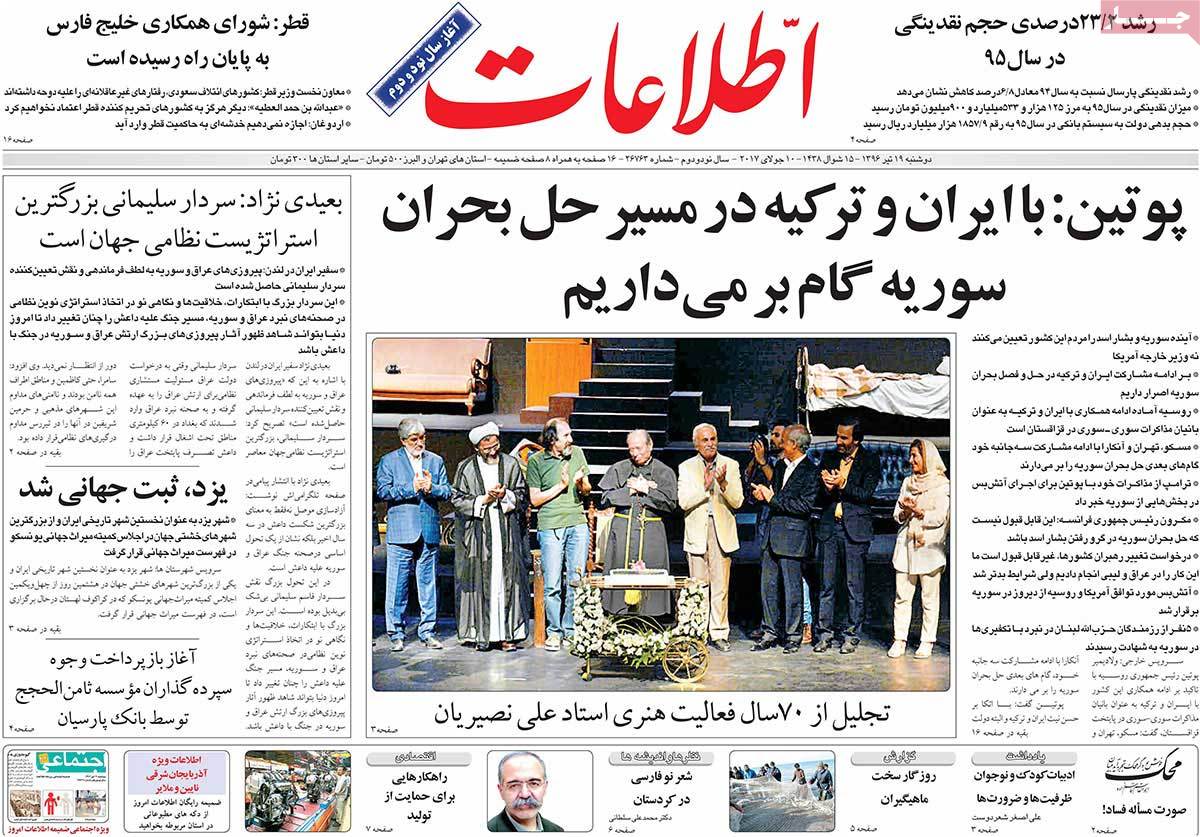 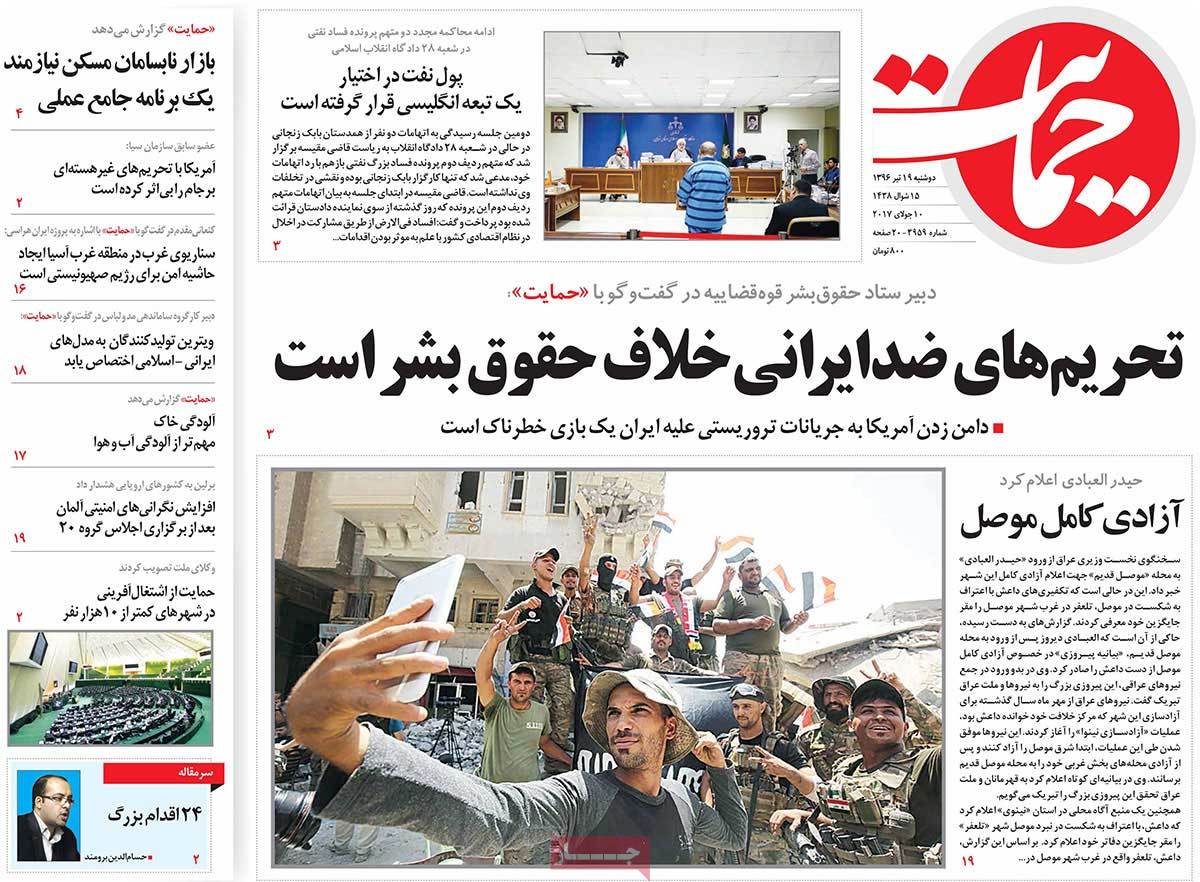 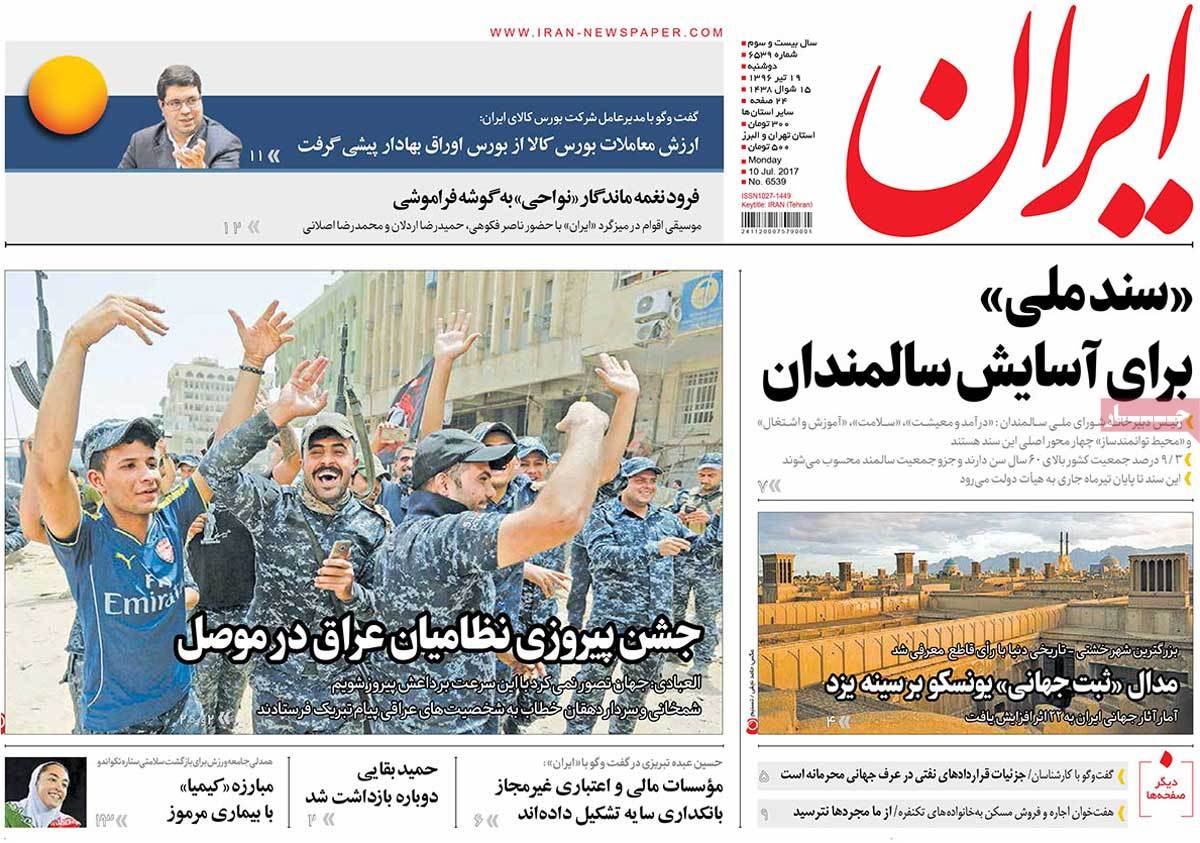 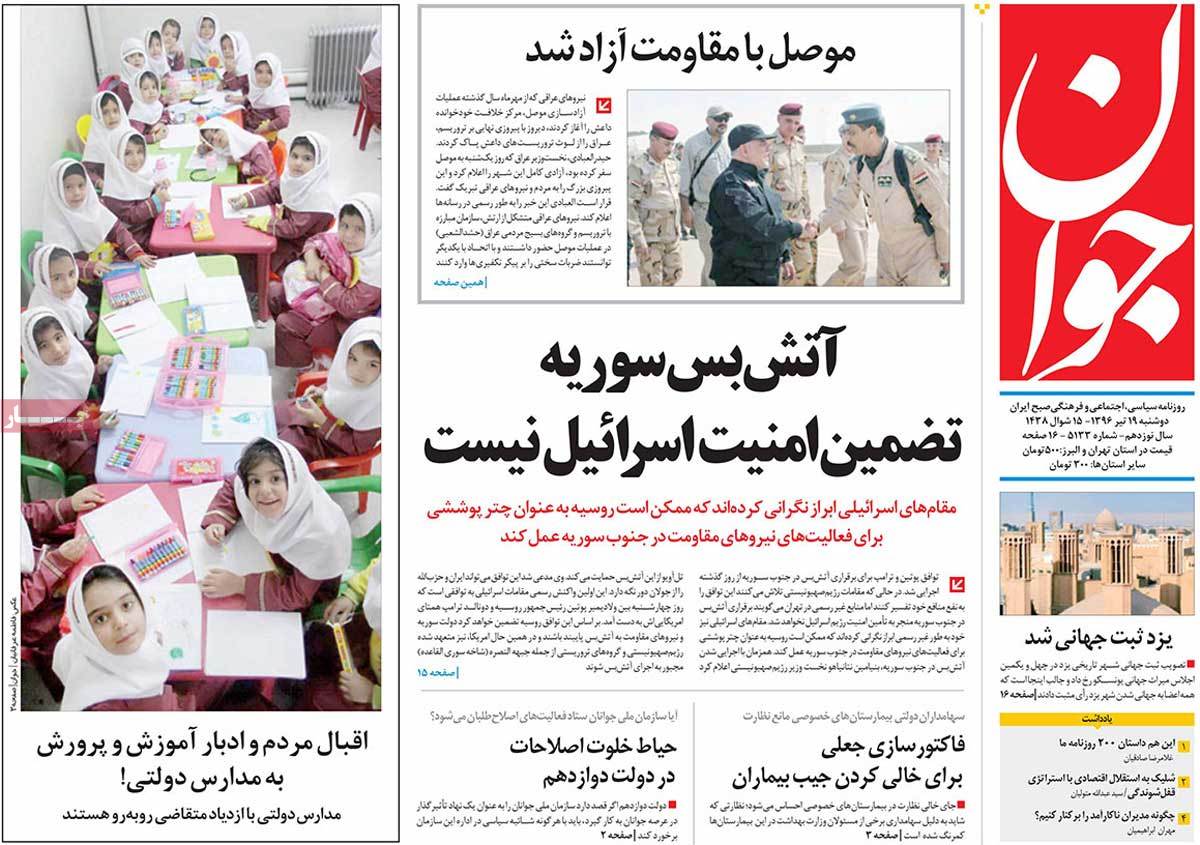 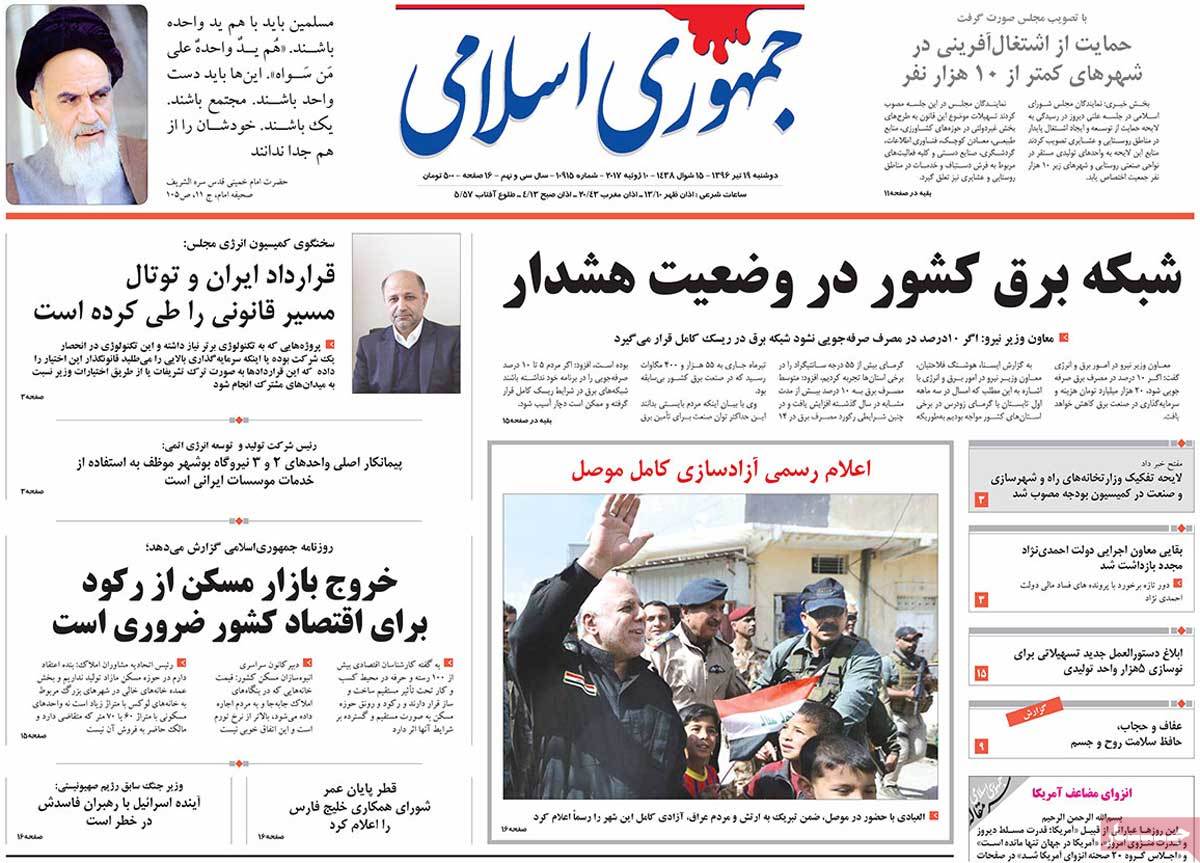 3- Mosul Battle another Version of WWII 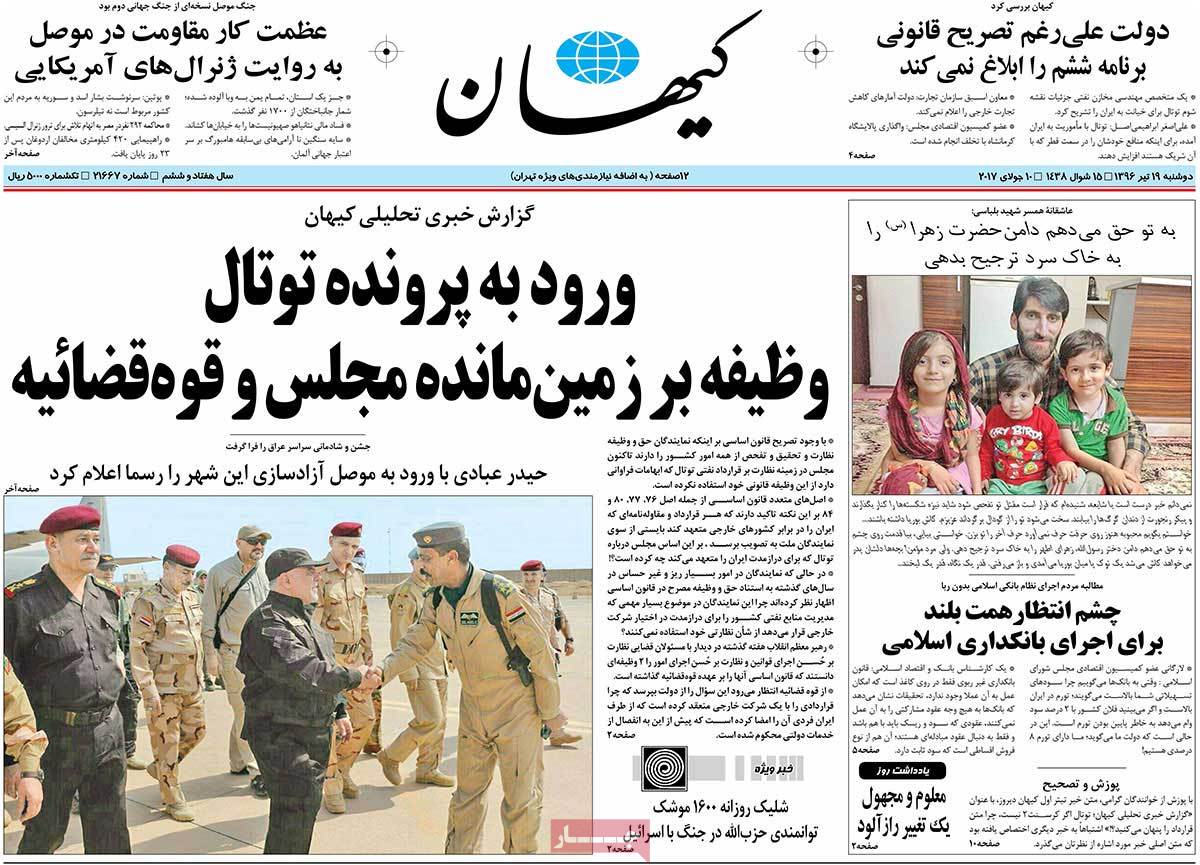 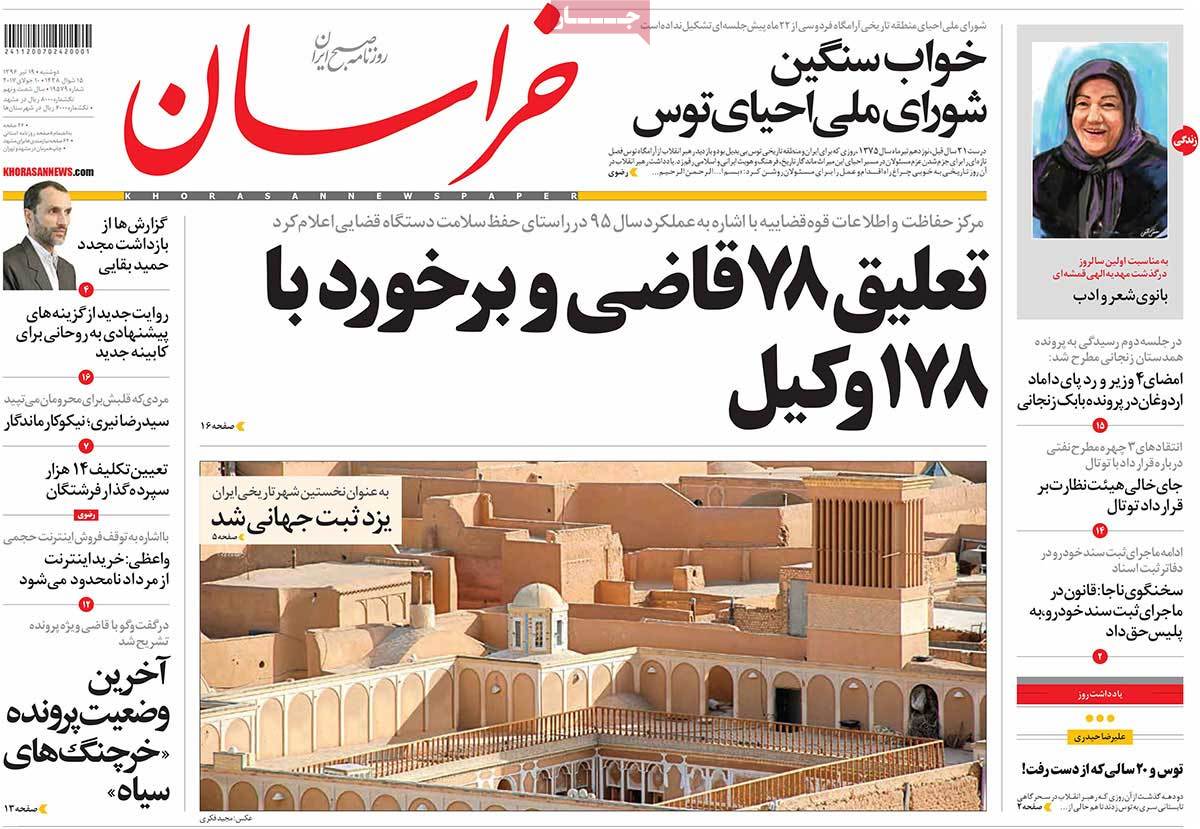 1- Shamkhani: Iran to Fully Support Iraqi Nation, Gov’t as It Did Before 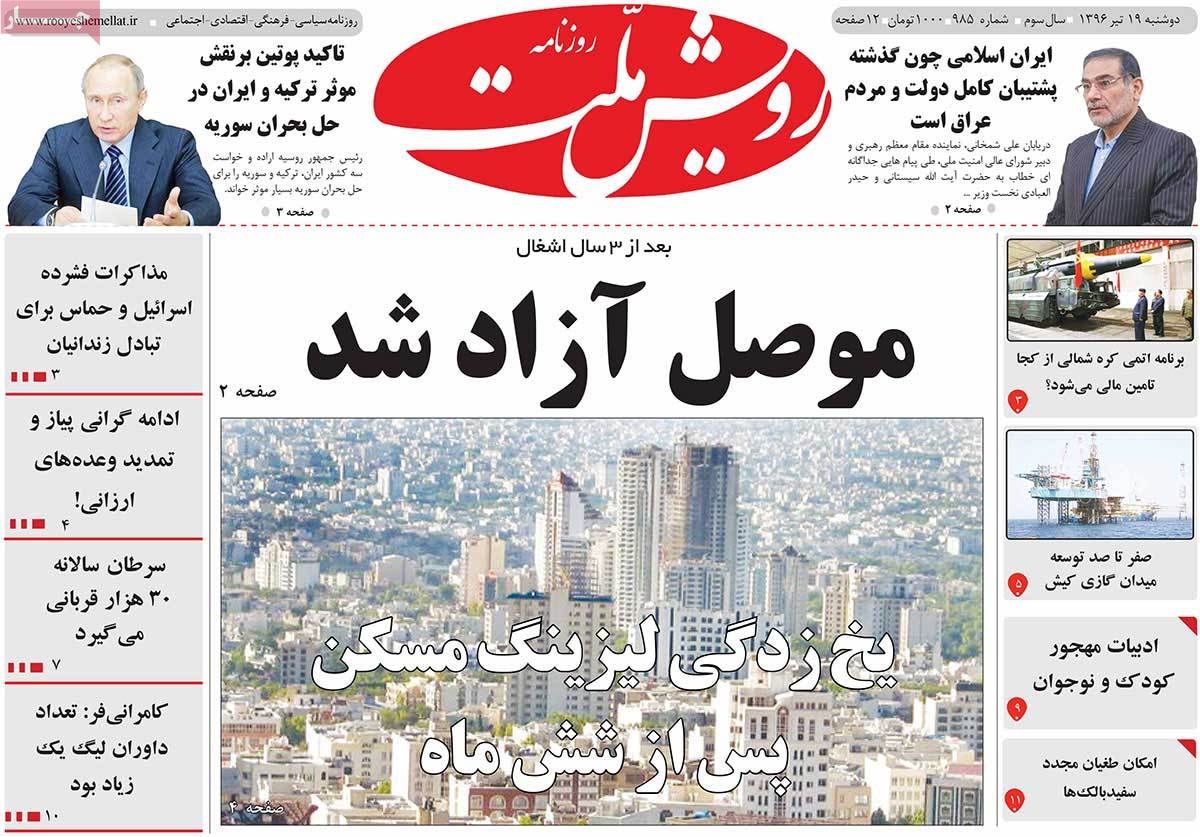 1- Who Will Be Shocked? Speculations about Rouhani’s Next Cabinet 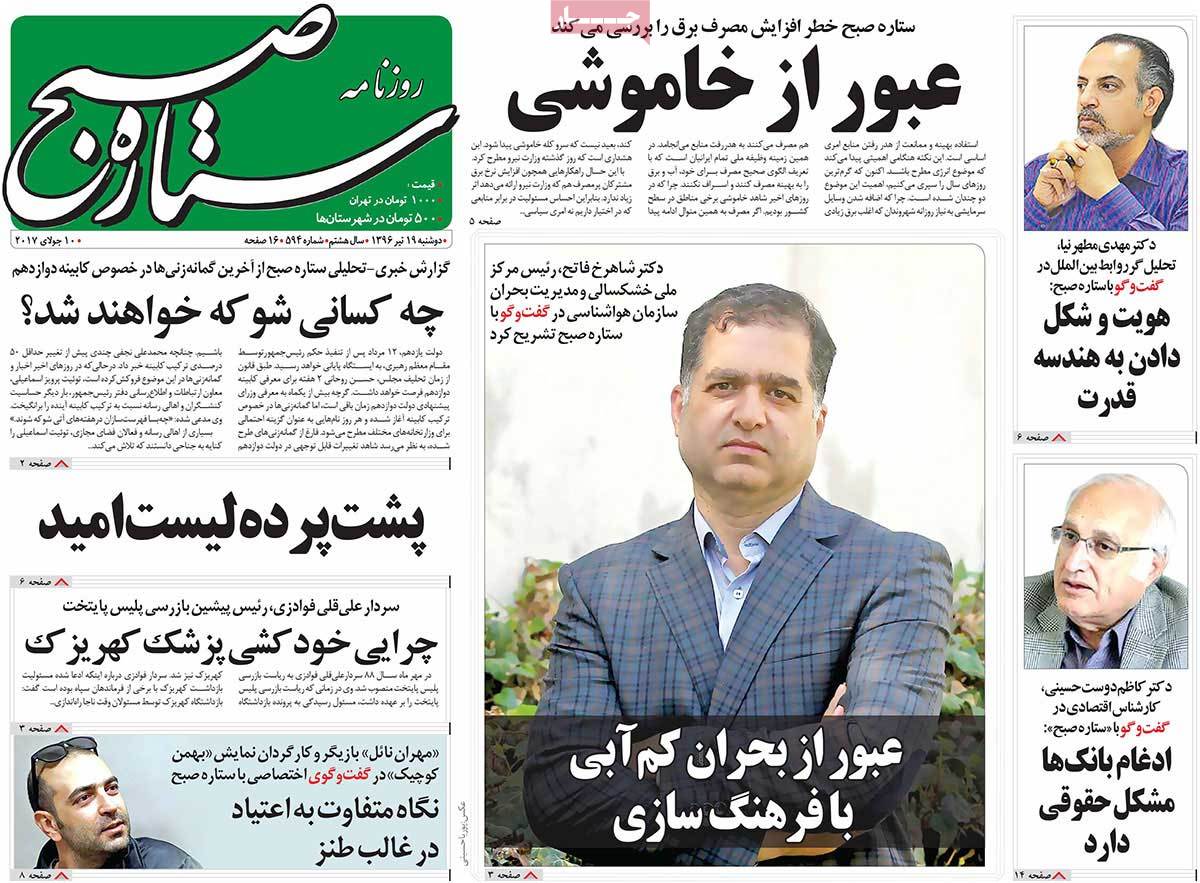 1- 95% of Iran Plagued by Drought: Water Crisis in New Stage

3- UNESCO after Yazd’s Inscription: I’m Shocked! What a Beautiful Day! 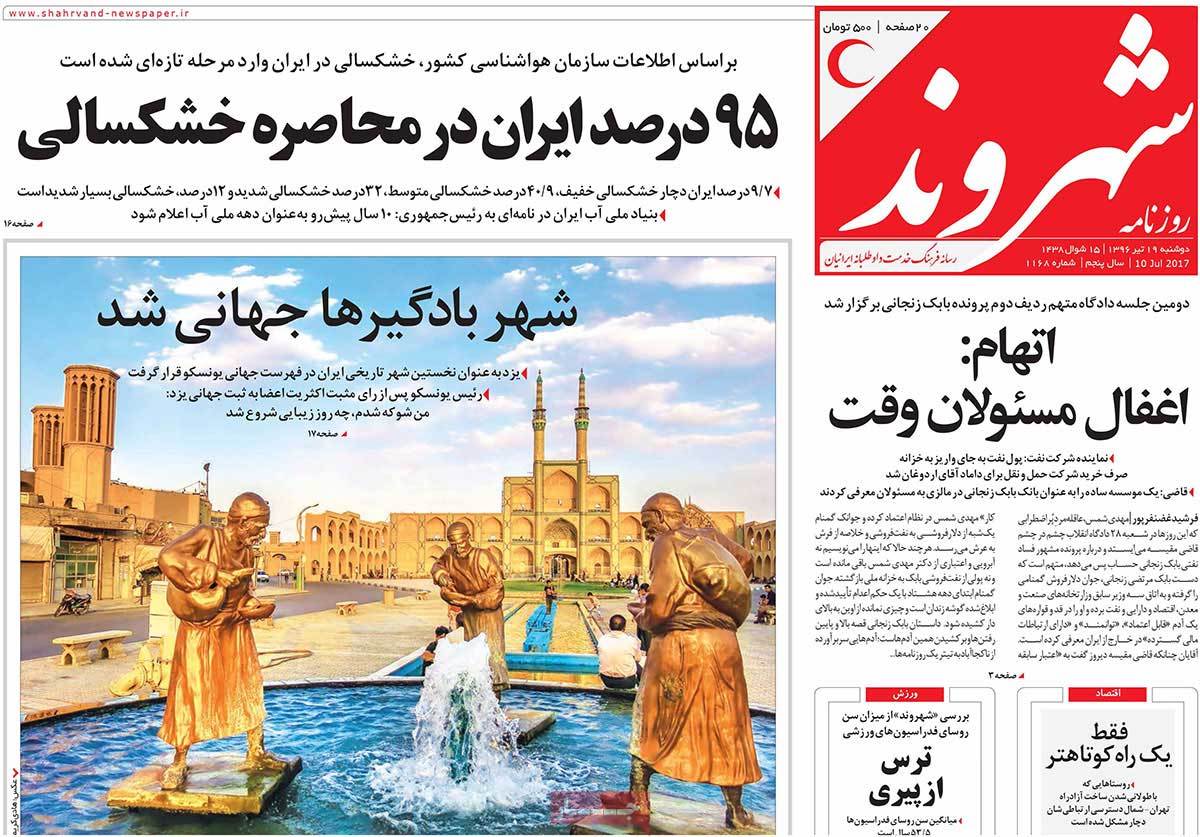 2- Jurist: Inside People’s Cars Part of Their Privacy [Editorial] 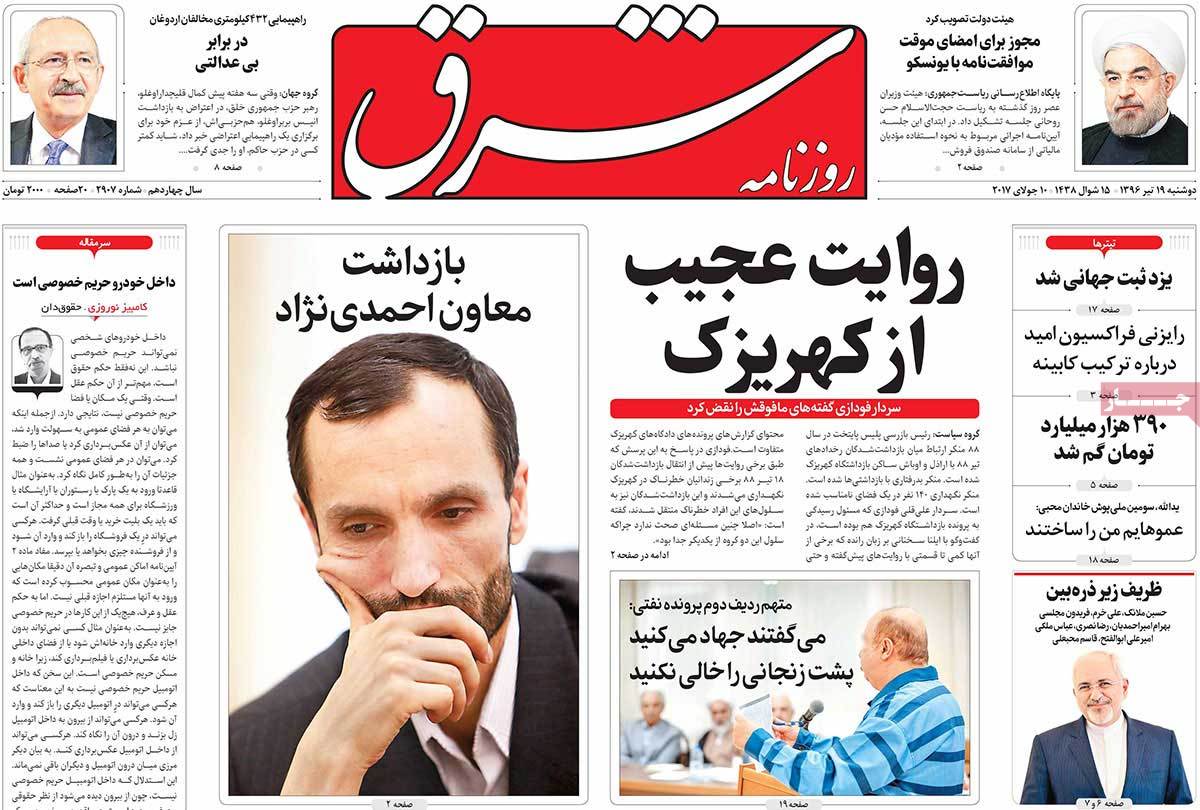 1- You Have as Much Rights in the World as You Have Power: Advisor to FM 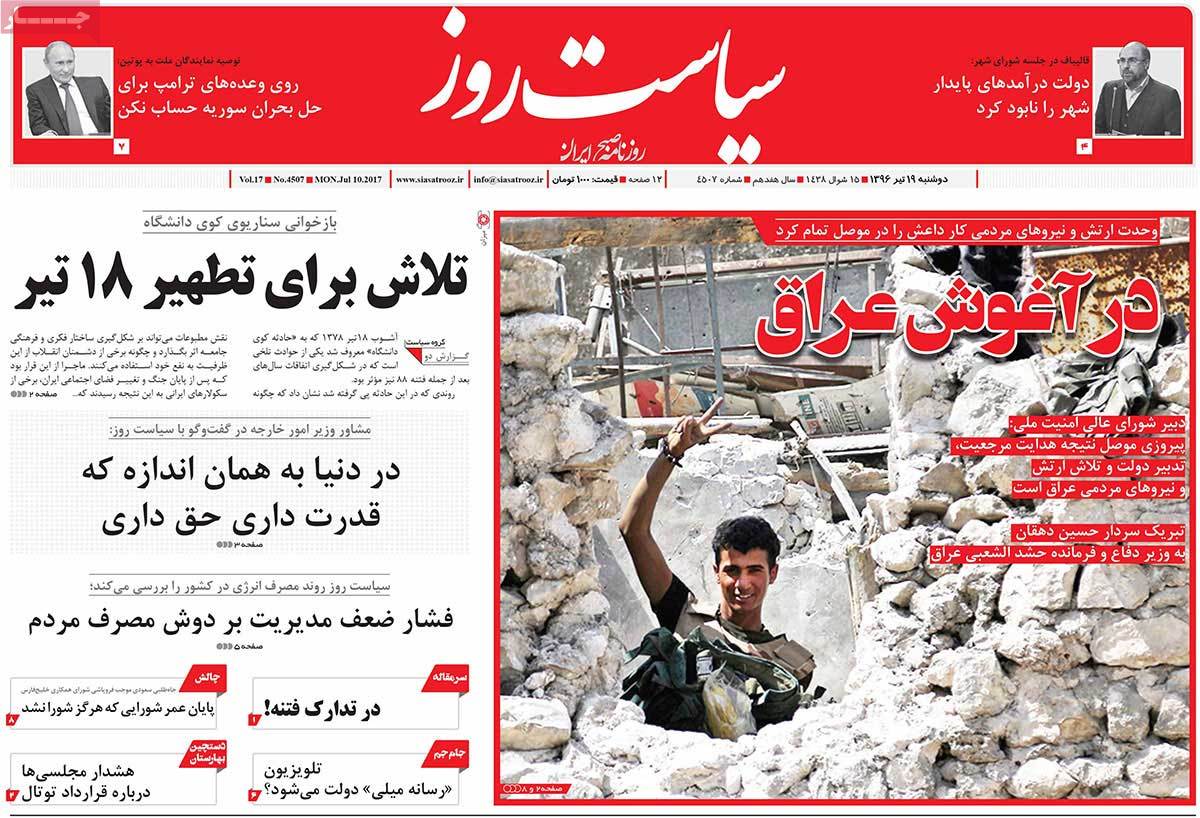 1- Consultations for Choosing Members of Next Cabinet 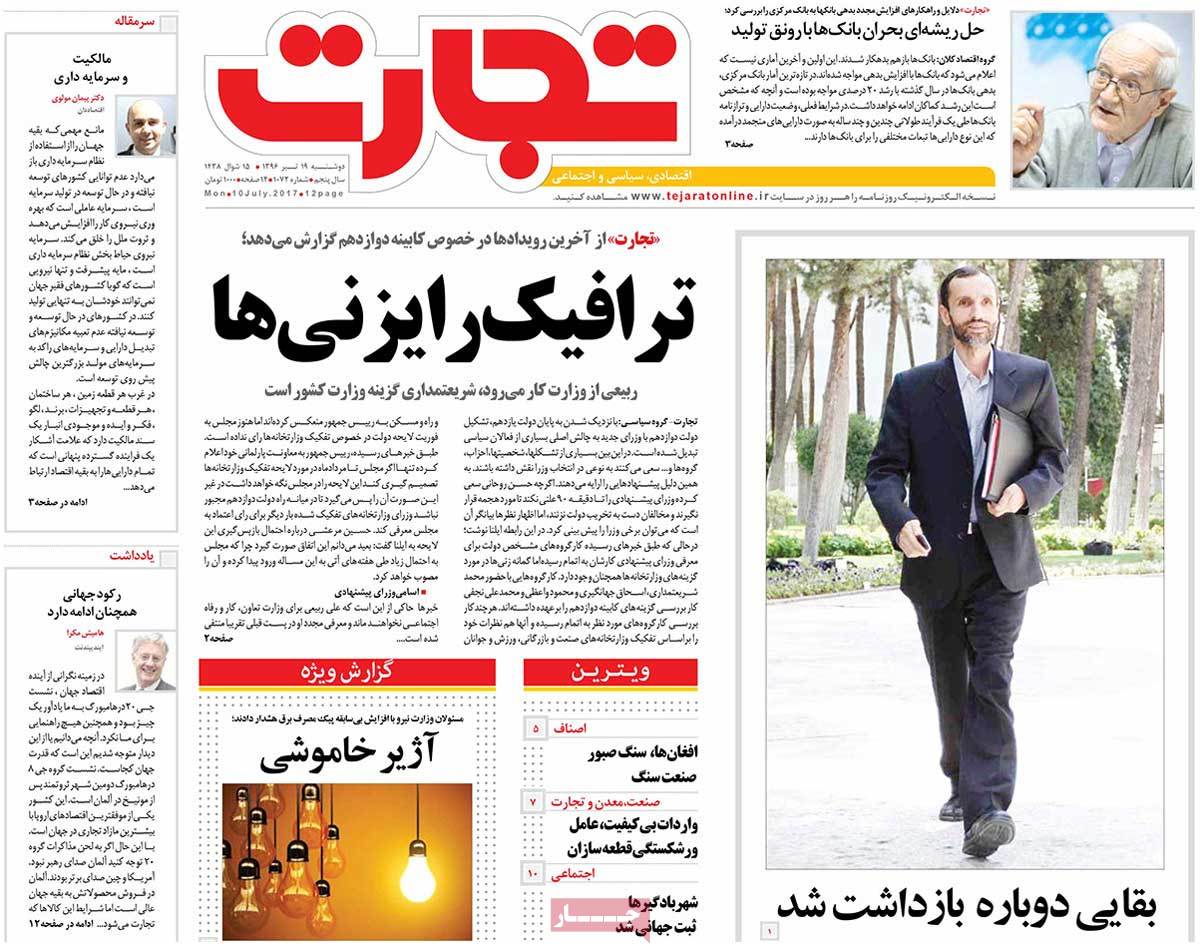 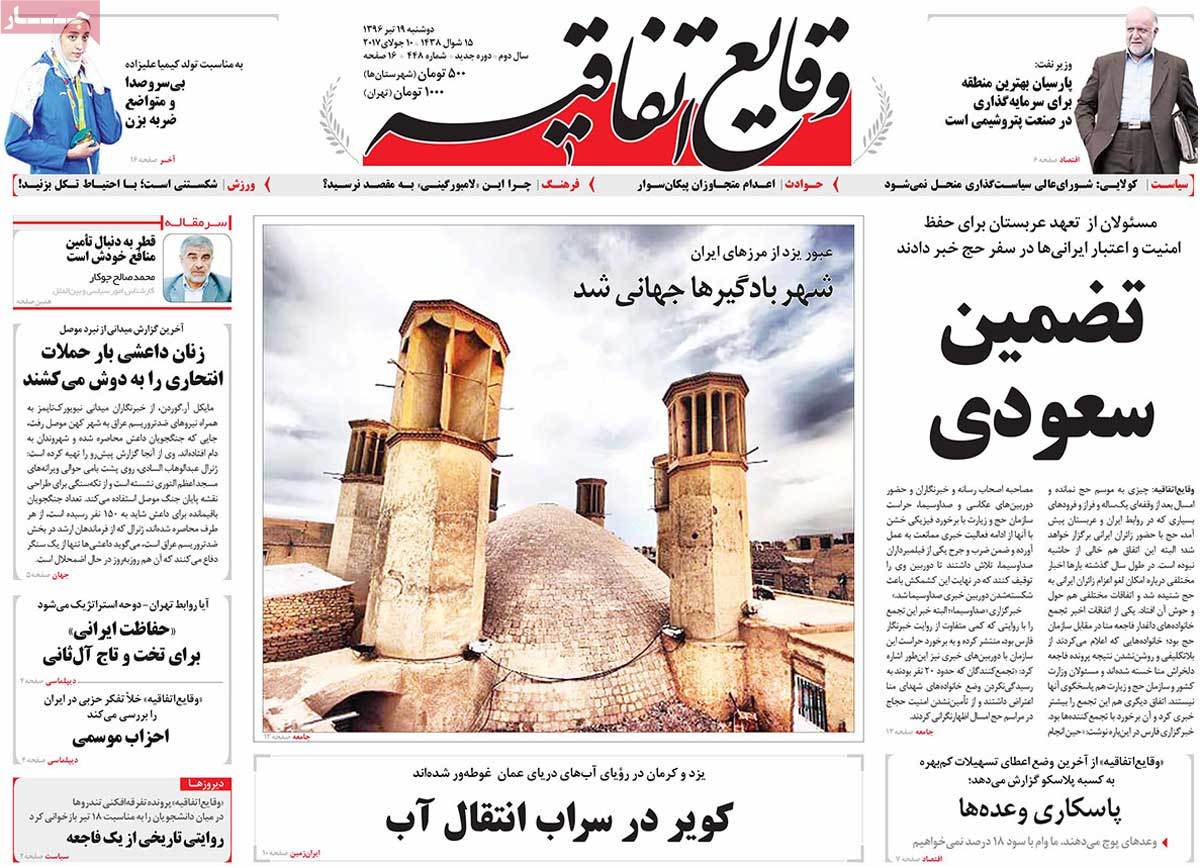