A Look at Iranian Newspaper Front Pages on July 9

Iran Front Page- IFP has taken a look at the front pages of Iranian newspapers on Sunday, July 9, and picked headlines from 14 of them. IFP has simply translated the headlines and does not vouch for their accuracy.

Newspapers today covered the remarks made by First Vice-President Es’haq Jahangiri about the need for trusting and reinforcing the country’s private sector.

Another top story was the portal unveiled by Rouhani’s administration to provide people with free access to the information of state institutions. The move is part of the government’s efforts to promote Freedom of Information (FOI) and increase transparency.

1- Oil Minister: What Does It Mean ‘That Country Is Our Brother’? 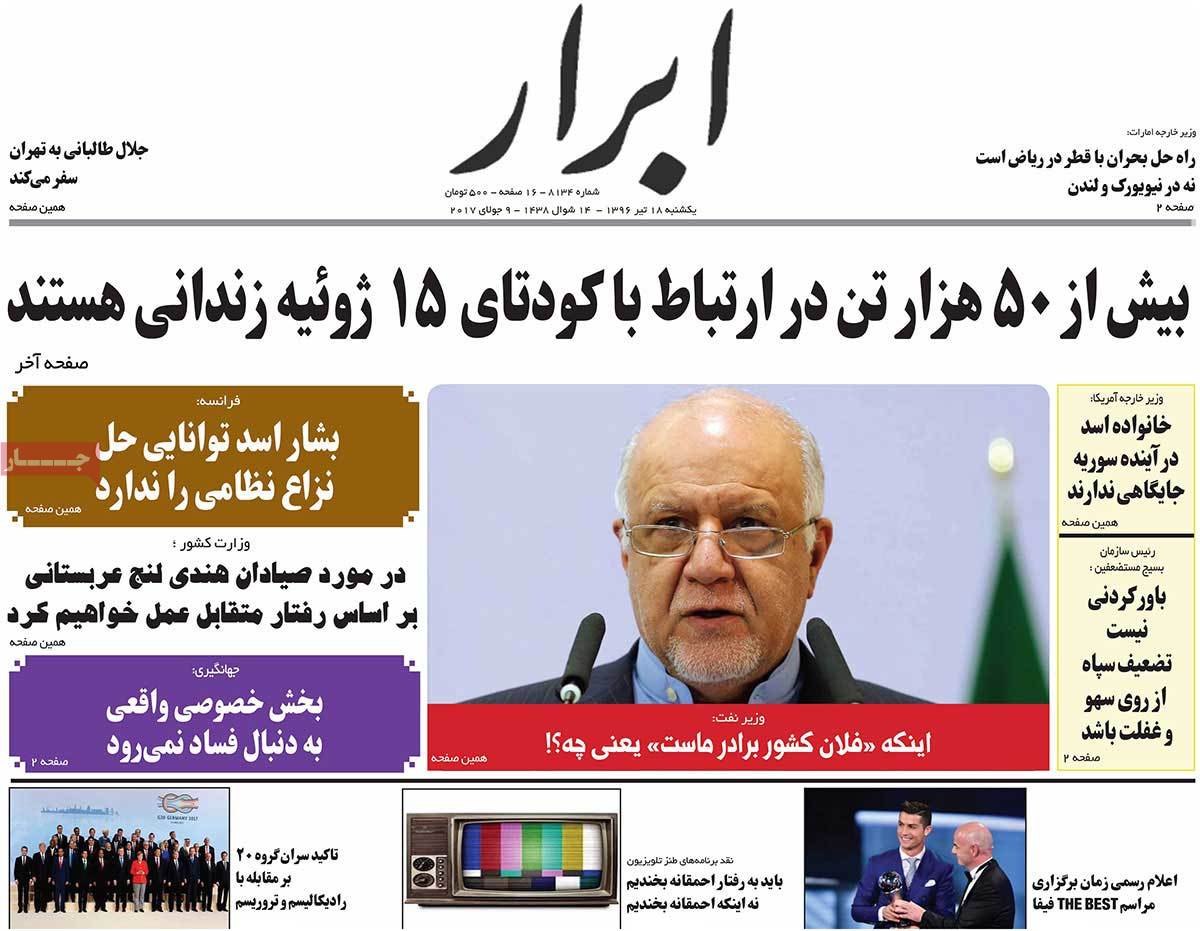 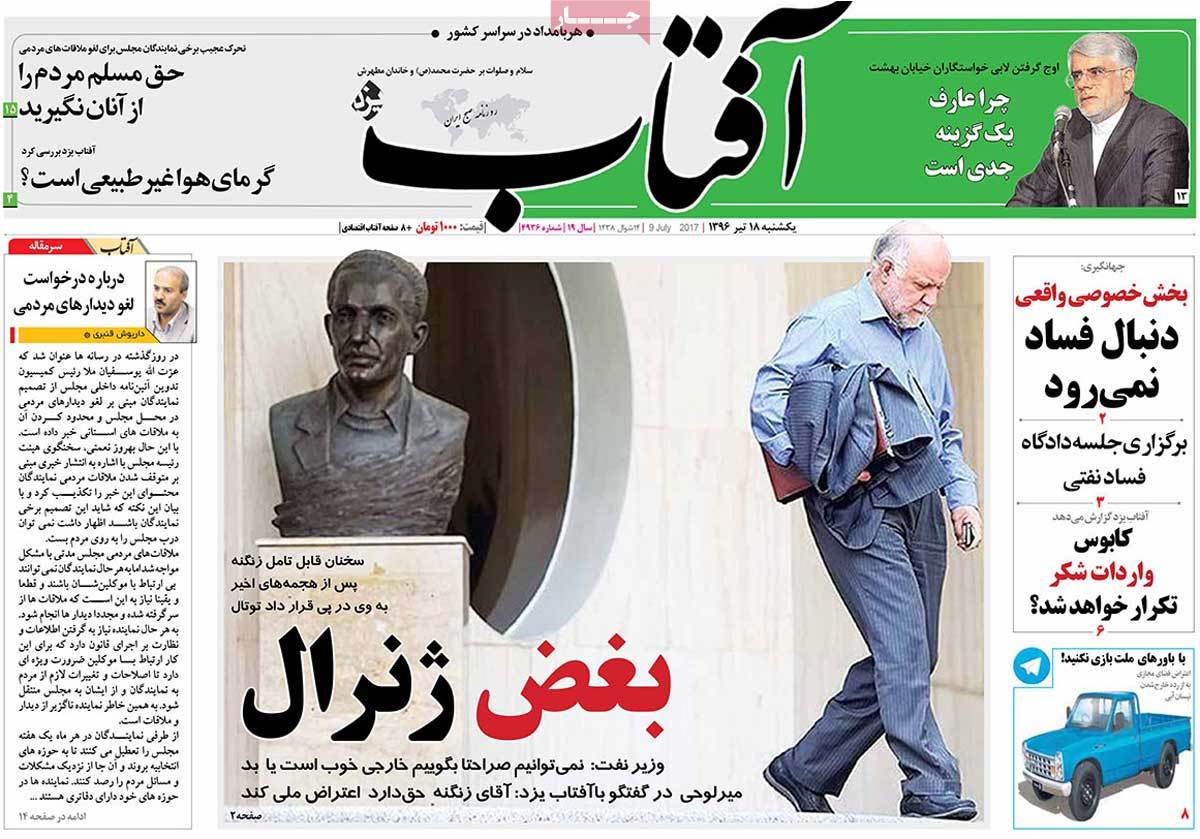 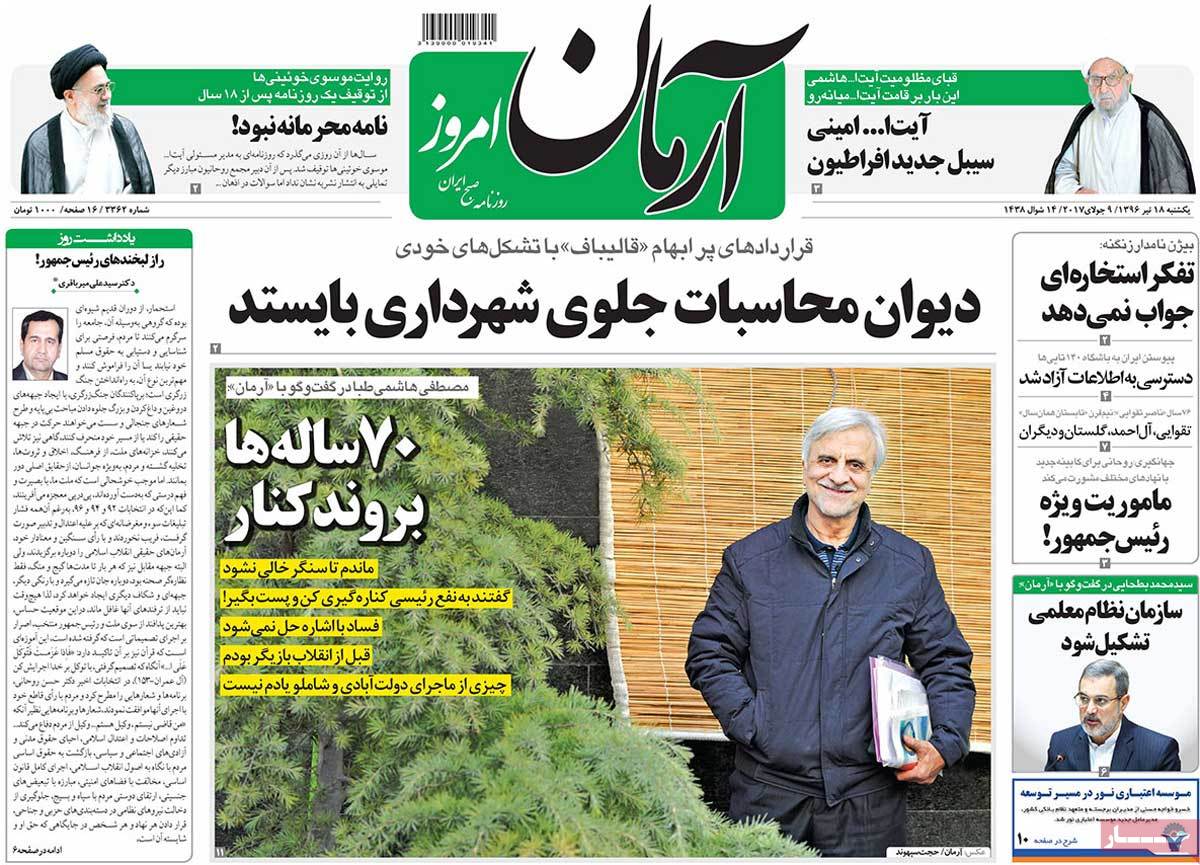 1- Oil Minister: Logic, Not Intimidation and Threat, Is Language of Economic Ties

2- Culture Minister: People Should Have Right to Freely Access Information

4- Iran Envoy to UN: Those Who Created ISIS Cannot Form Coalition for Fighting It 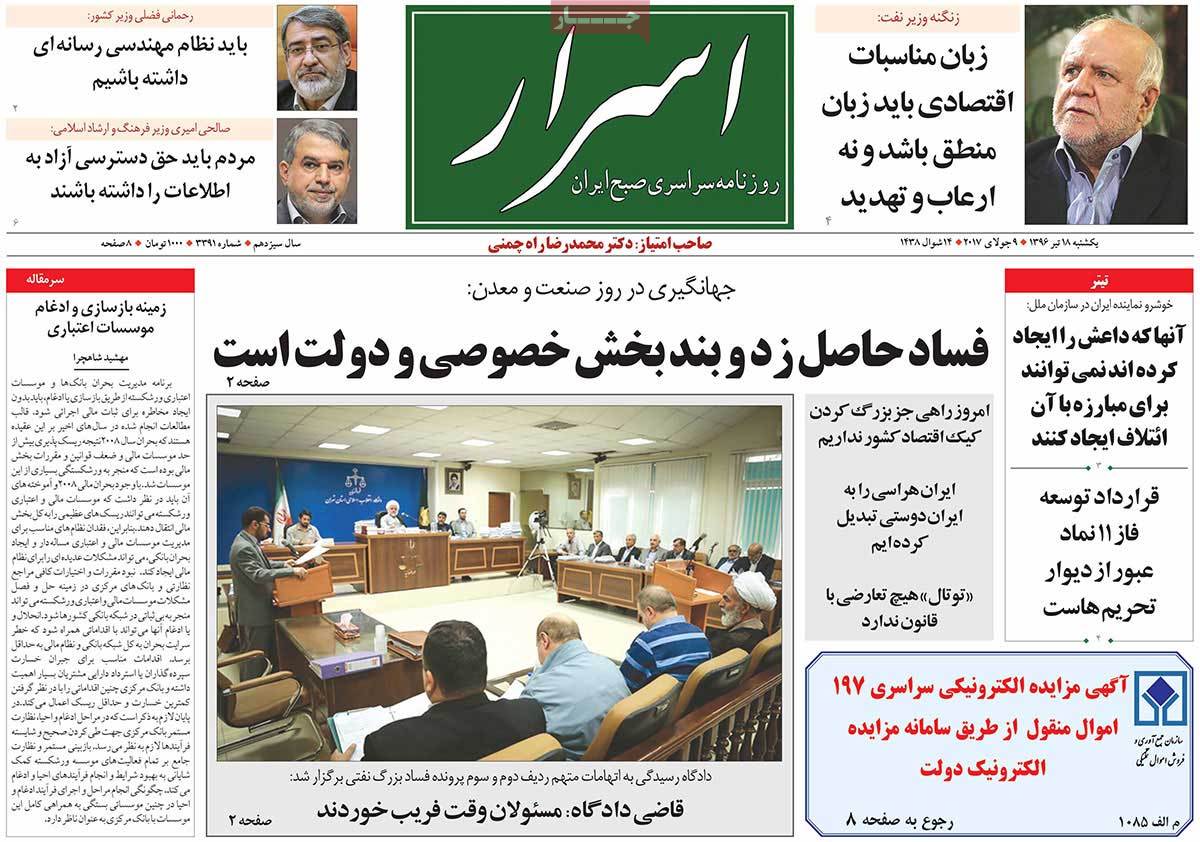 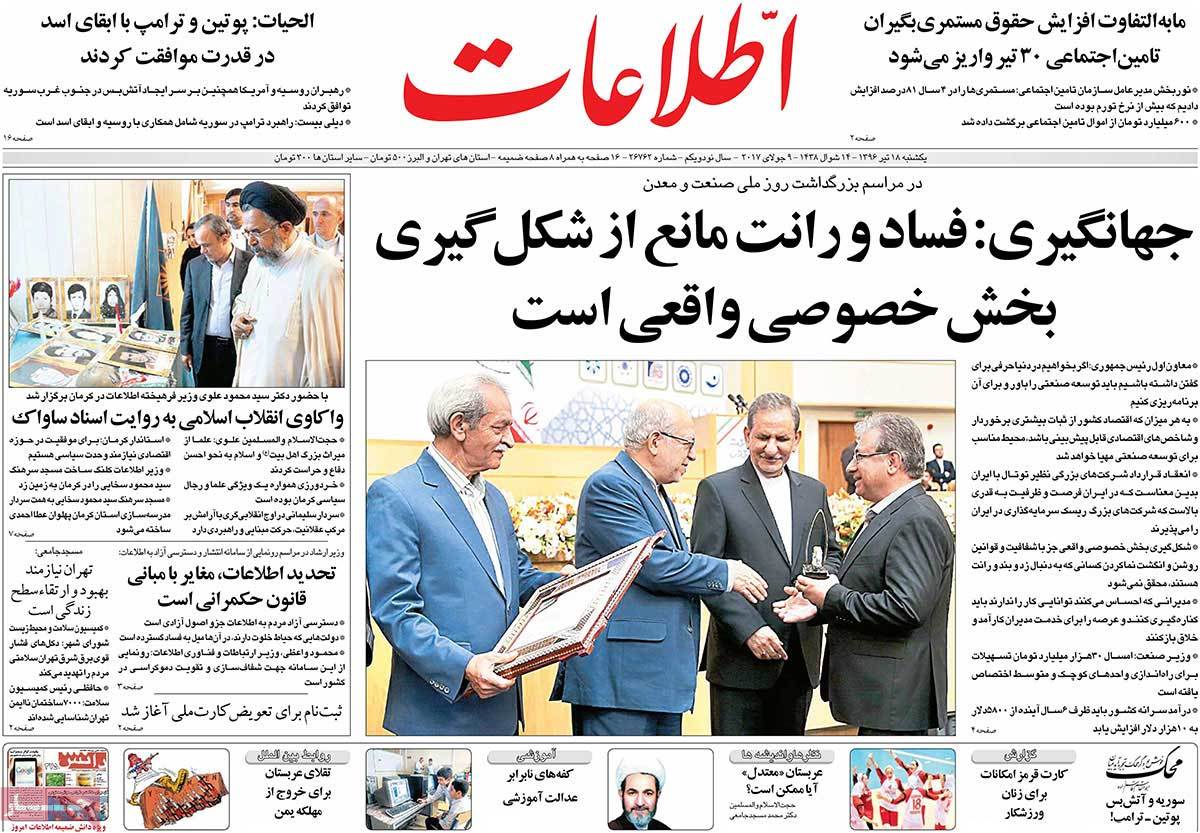 2- Era of Keeping Secrets Over: Portal Unveiled for People’s Free Access to Information

1- Partners of Babak Zanjani Defend Him: 4 Ahmadinejad Ministers Approve of Him 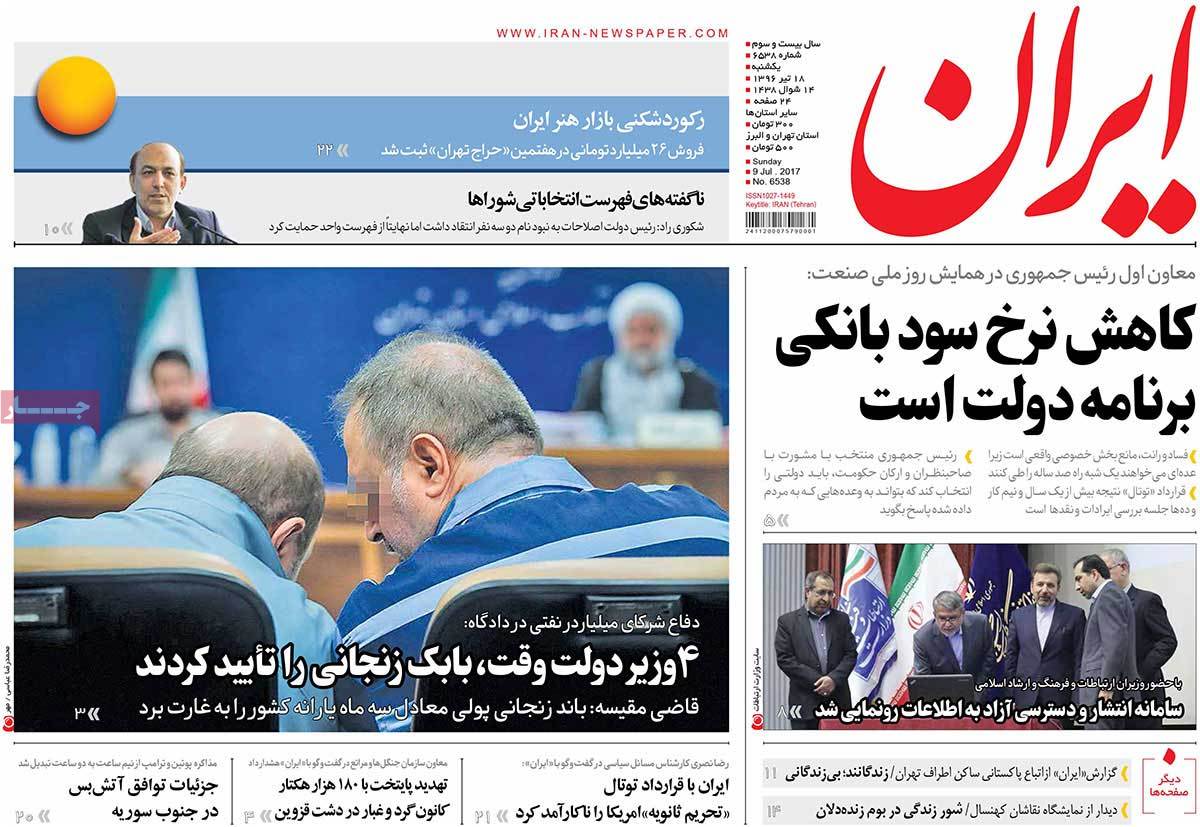 2- Hijab to Be Commemorated in 70 Countries 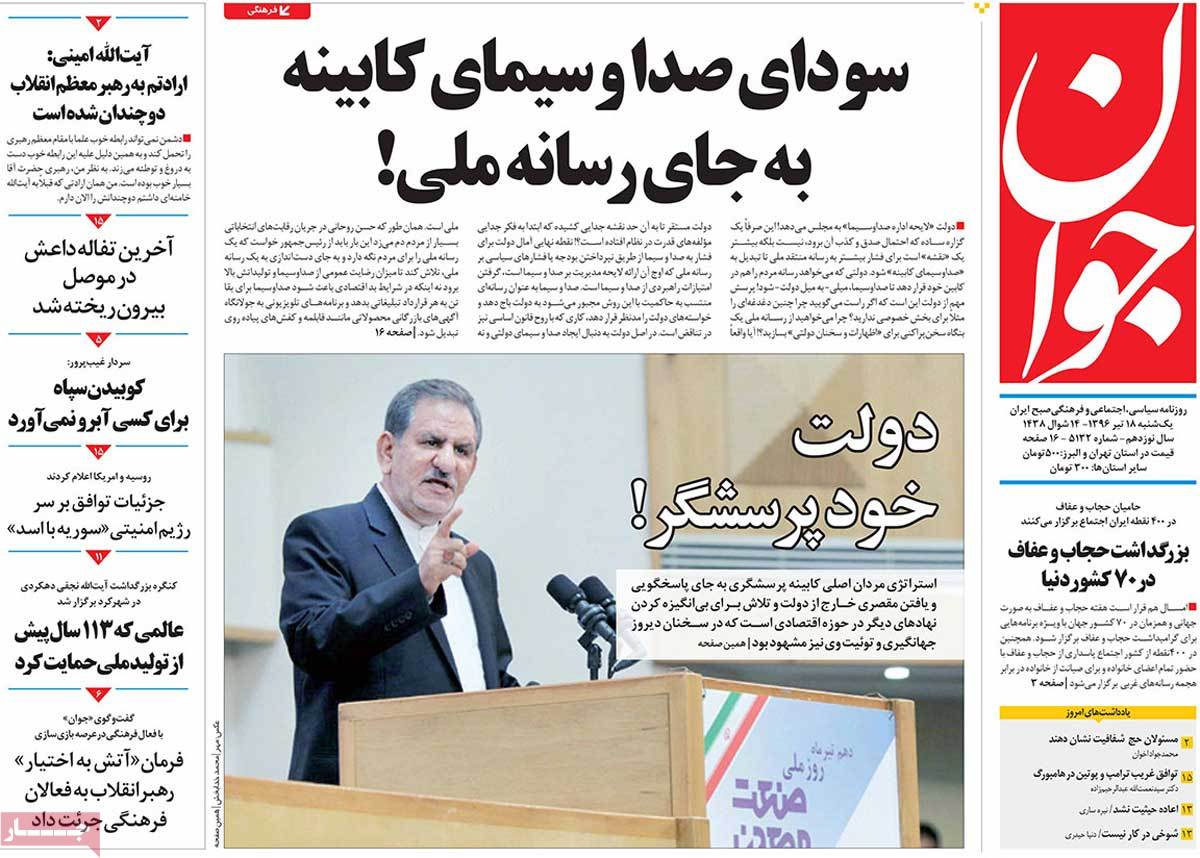 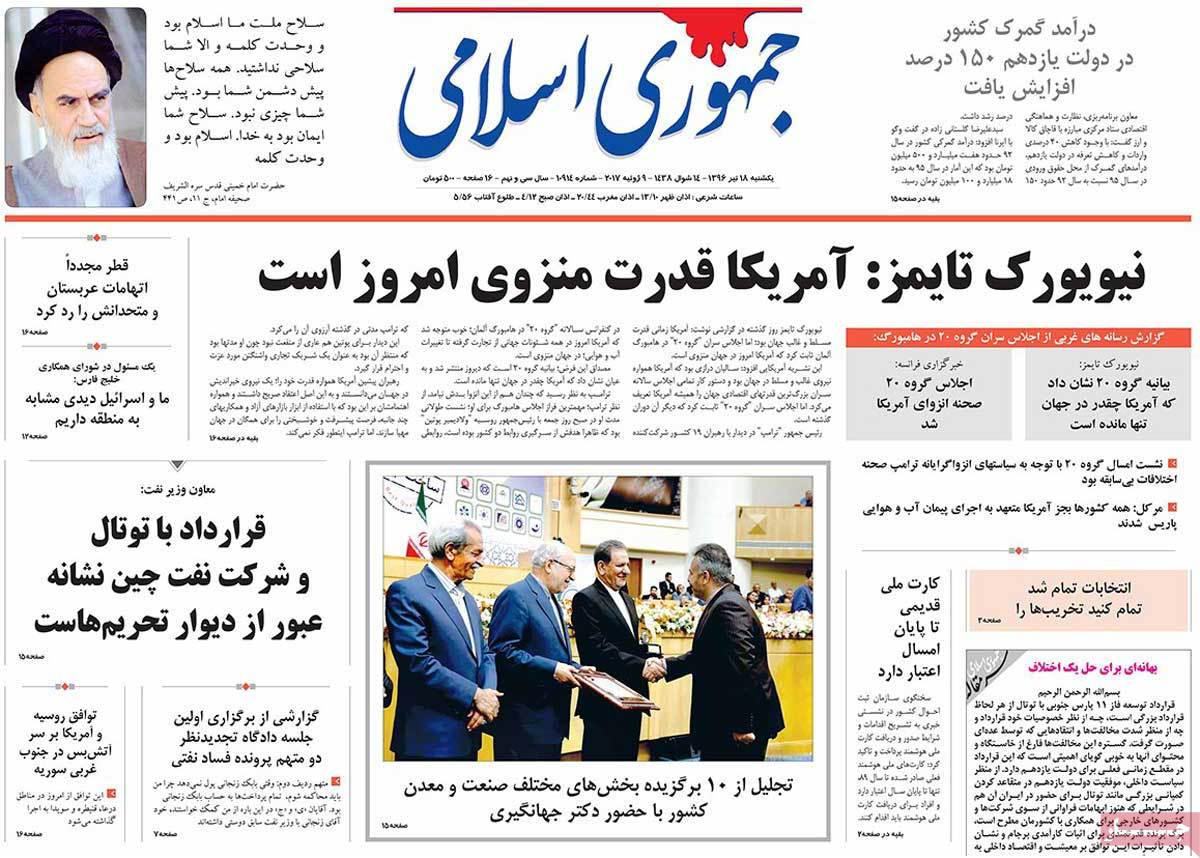 1- If Total Deal Isn’t another Crescent, Why Does Gov’t Hide Its Text?

2- GOP to Impeach Trump Once His Expiry Date Reached: US Pulitzer-Winning Journalist 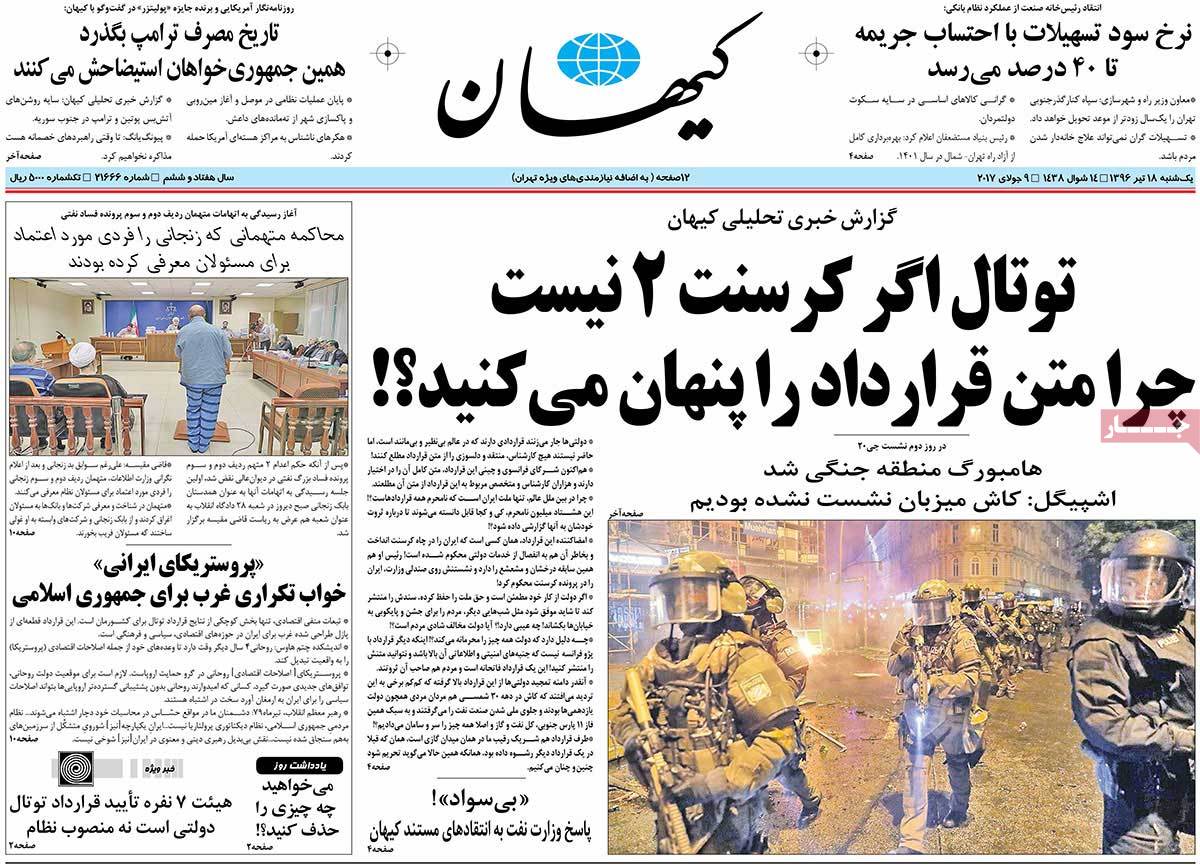 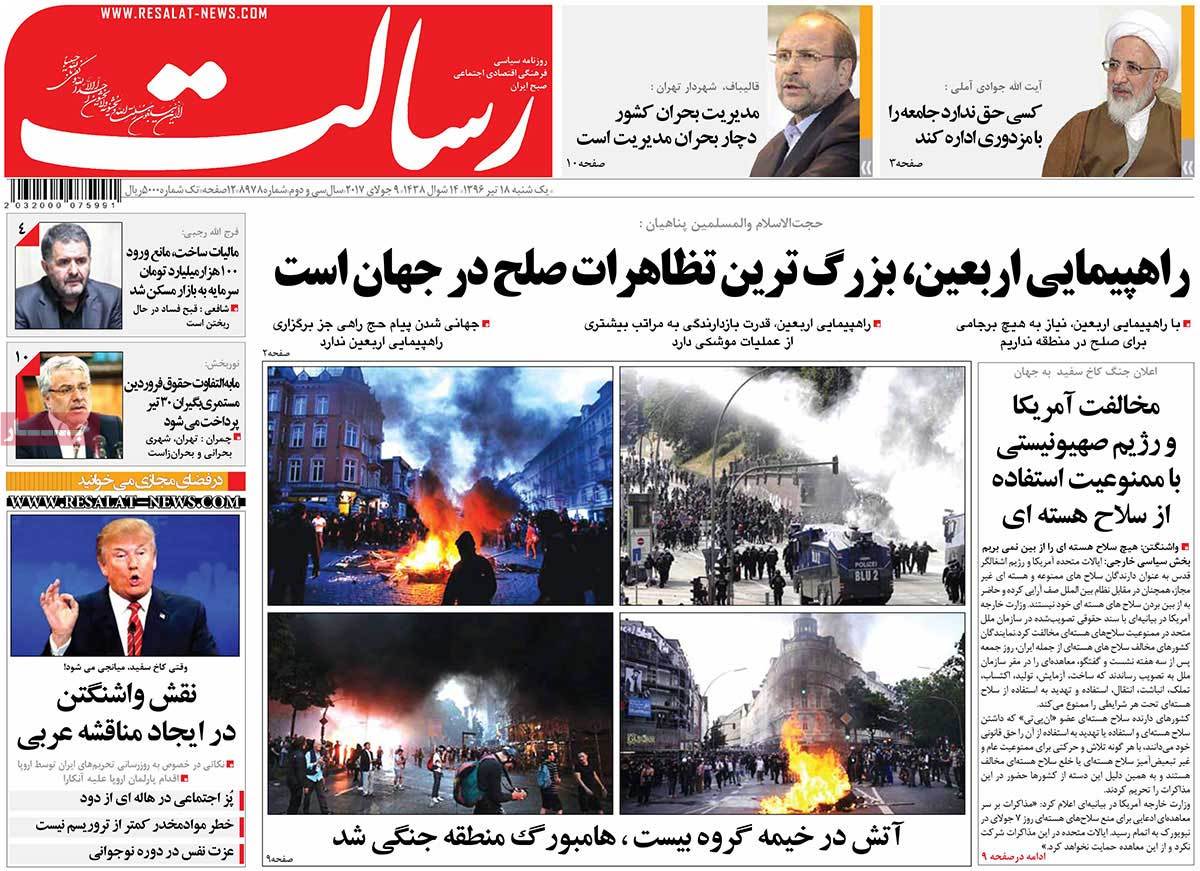 1- Trade Minister: Iran Not to Become Industrial State by 2025 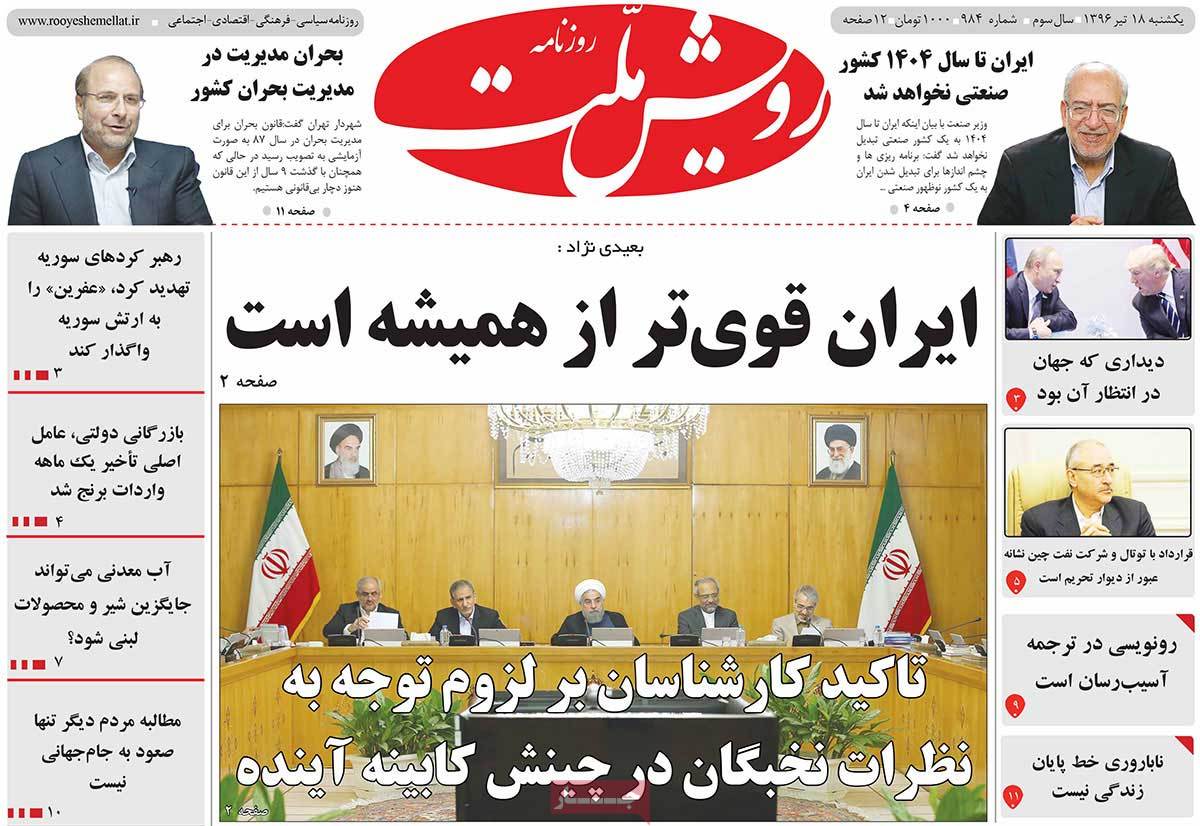 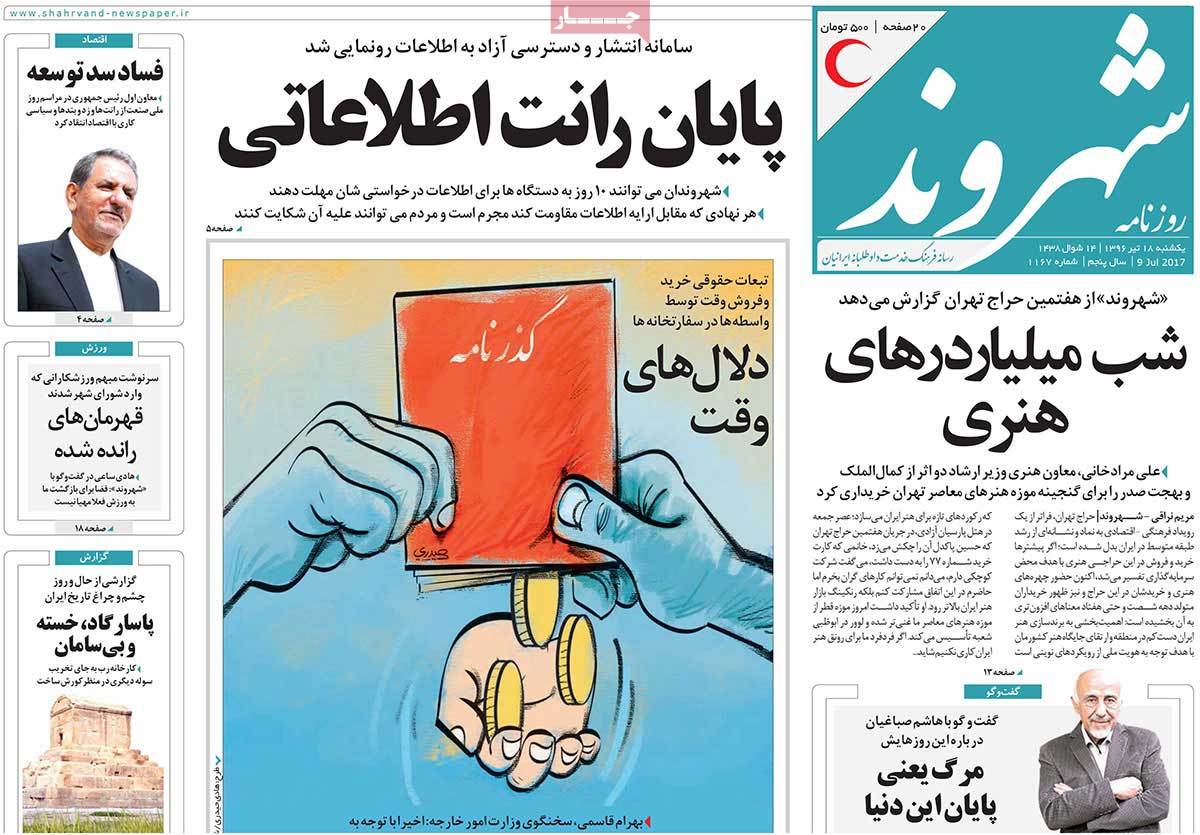 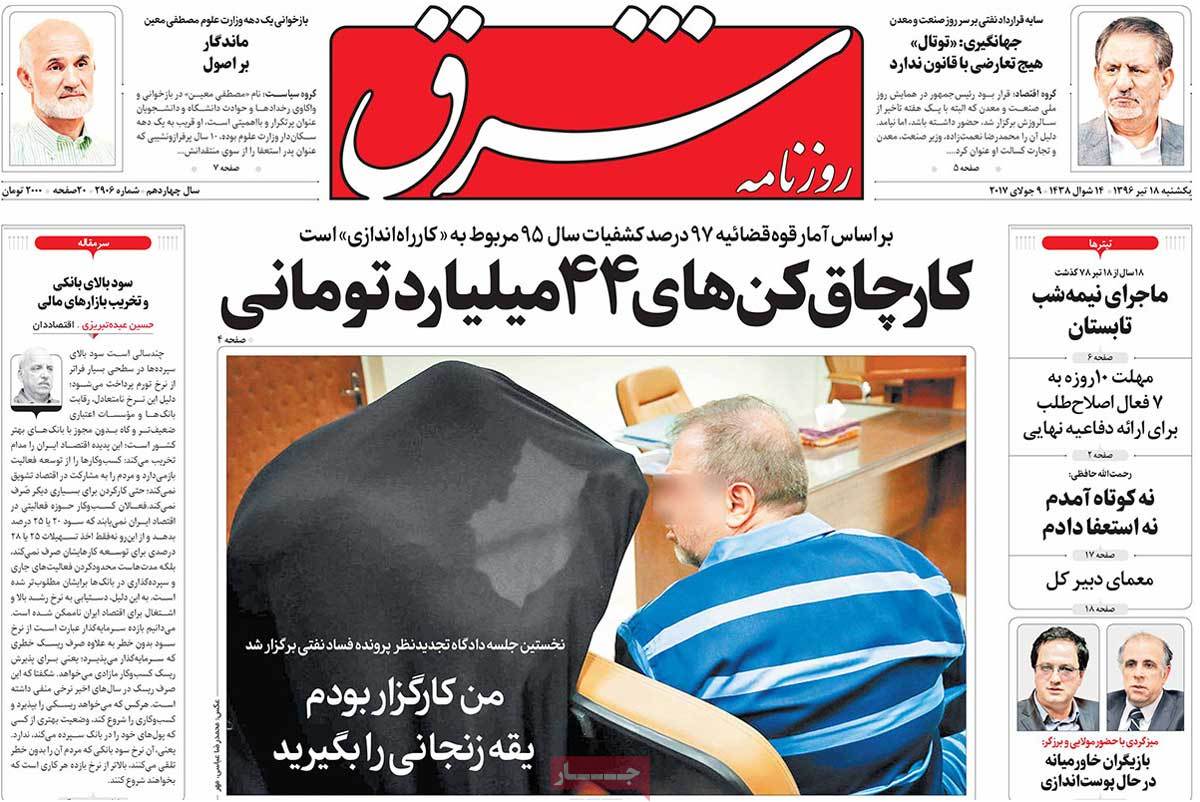