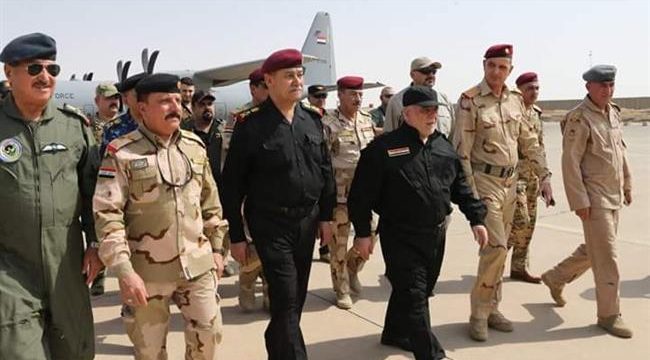 Press TV- Iraqi Prime Minister Haider al-Abadi has announced final “victory” over the Daesh Takfiri terrorist group in Mosul after eight months of combat against the extremists, which has left parts of the country’s second largest city in ruins.

“The Commander-in-Chief of the Armed Forces (Prime Minister) Haider al-Abadi, arrived in the liberated city of Mosul and congratulated the heroic fighters and the Iraqi people on the great victory,” a statement from his office read on Sunday.

According to Iraqi sources, government authorities are planning a week of jubilation across the country after the formal declaration of victory in Mosul.

The recapture of Mosul, located some 400 kilometers (250 miles) north of the capital, Baghdad, would mark the effective end of Daesh in the Arab country.

Daesh Takfiris, cornered in a shrinking area of the city, had vowed to “fight to death.” The militants had resorted to sending veiled women bombers among the thousands of wounded, malnourished and fearful civilians, who were fleeing heavy clashes between government troops and the terrorists.

Earlier on Sunday, spokesman for the Iraqi Joint Operations Command, Brigadier General Yahia Rasoul, told state-run al-Iraqiya television network that soldiers from the Nineveh Liberation Operation had killed 30 militants attempting to get away by swimming across the Tigris.

The media bureau of the Iraqi Joint Operations Command also announced in a statement that Counter-Terrorism Service (CTS) members had regained full control of al-Maidan neighborhood in the Old City of Mosul.

In the run-up to the liberation of Mosul, Iraqi army soldiers and volunteer fighters from the Popular Mobilization Units, commonly known by their Arabic name, Hashd al-Sha’abi, had made sweeping gains against Daesh since launching the Mosul operation on October 17, 2016.

An estimated 862,000 people have been displaced from Mosul ever since the battle to retake the city began eight months ago. A total of 195,000 civilians have also returned, mainly to the liberated areas of eastern Mosul.