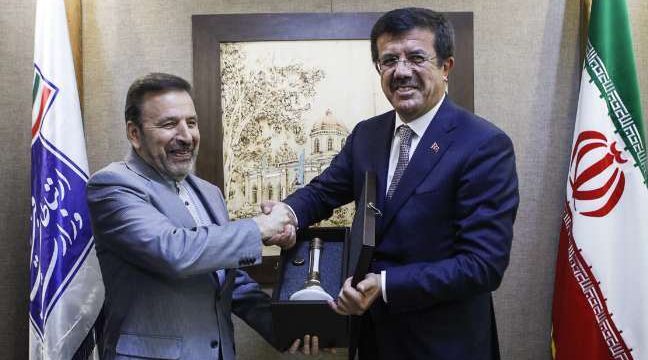 Press TV- Iran says it is working on a plan to establish a free trade regime with Turkey.

The announcement was made by Mahmoud Vaezi, Iran’s Minister of Information and Communications Technology after a meeting with the visiting Turkish Minister of Economy Nihat Zeybekci.

Vaezi told reporters that the plan to establish free trade between Iran and Turkey would be based on an agreement to remove preferential tariffs signed by the two countries in 2015.

The official emphasized that Tehran and Ankara needed to enhance their banking cooperation to facilitate the expansion of their mutual trade.

He said Iran and Turkey had agreed to study the mechanisms needed for using their own currencies in trade transactions between the two countries.

These, the Iranian minister said, would be the topics that would be dealt with in more precise details during an upcoming visit to Tehran by the governor of the central bank of Turkey.

Vaezi added that Tehran had a positive attitude toward the expansion of trade relations with Turkey.

He said Tehran and Ankara had already taken measures to materialize the mutual trade objectives that they had agreed on during the earlier meetings between the presidents of both countries.

Vaezi, who co-chairs the joint Iran-Turkey economic commission with Zeybekci, said the level of trade between the two countries should rise to as high as $30 billion per year.

He told reporters that he had explored the avenues for the materialization of that objective in his meeting with the Turkish economy minister.