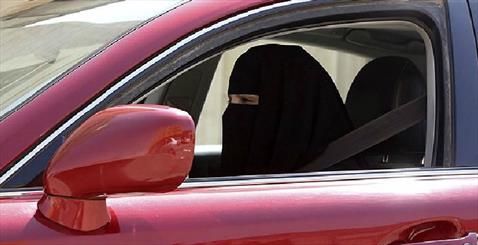 Press TV – A female activist jailed for driving in Saudi Arabia says women are “treated as slaves” in the kingdom.

“I come from a very private society where we live in closed windows, high walls and women are covered up. It’s very difficult for girls and women in Saudi Arabia to do anything without the permission from a male guardian,” Manal al-Sharif was quoted in an article published by the Independent on Saturday.

In 2011, Sharif uploaded a video on social media in which she could be seen driving. The clip was viewed over 700,000 times in a single day.

After that she started to receive death threats and was labeled mentally unstable. “I was called a w**** and people accused me of corrupting Muslims… They called me all kinds of names,” she added.

She was subsequently jailed for nine days, during which she lost custody of her son and was fired from her job.

She has since then immigrated to Australia, where she was able to obtain her driver’s license. “It was the best $300 I spent. I was so happy. It’s a liberating feeling,” she said.

The ban on women’s driving has been a thorny issue for Saudi Arabia as the kingdom keeps struggling with international criticism about its record in dealing with the rights of women and minorities. The ban is not officially endorsed in the Saudi legal system but activists say tradition and custom have barred women from driving. Some women have even challenged the ban by posting online selfie images behind the wheel.