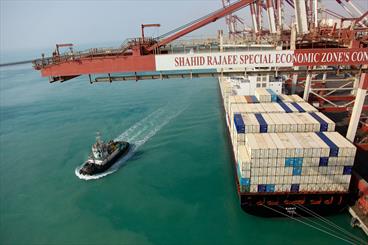 Financial Tribune- Iran’s Valfajr Shipping Company is planning to establish a direct marine route from the Persian Gulf port of Bushehr to Qatar in the next two weeks. Abolqasem Mohammadzadeh, an official with Bushehr Ports and Maritime Organization, was quoted as saying by IRNA.

The move is aimed at “expansion of non-oil trade” to the neighboring Arab state, adding that this will help Iran use refrigerated containers for shipments to Qatar.

Iran has been exporting food to Qatar via Dhow boats and planes after Saudi Arabia and its allies cut all land, sea and air links with the gas-rich country of 2.6 million residents, over Doha’s alleged support for terrorism. Qatar denies the accusations.