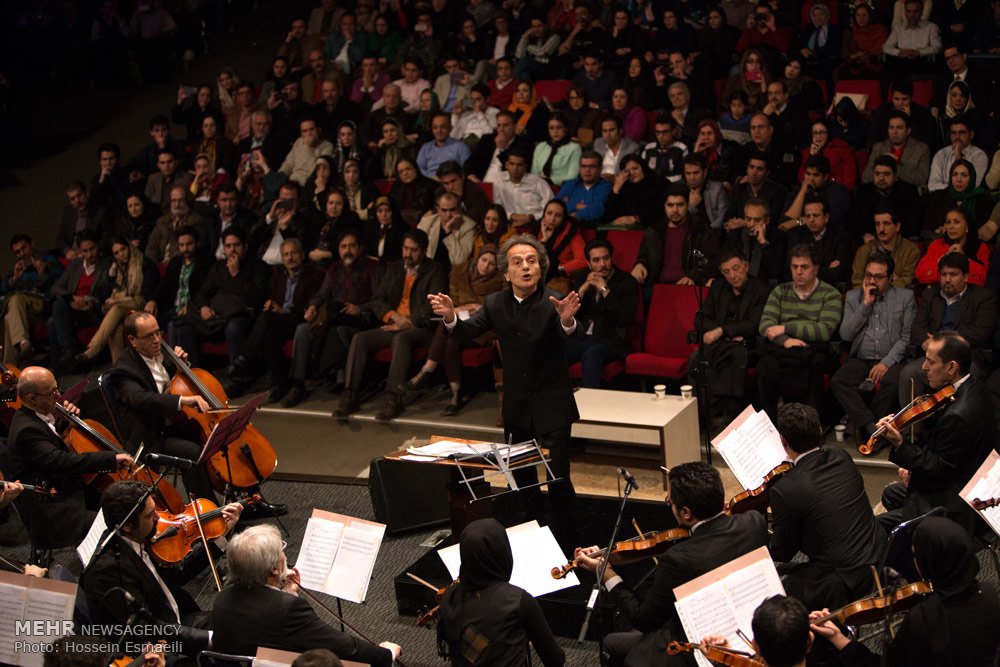 The performance entitled “The Roads of Friendship” will be staged on July 6 at Tehran’s Vahdat Hall.

The ensemble is composed of Italian as well as Iranian musicians conducted by Maestro Riccardo Muti from Italy and Maestro Shardad Rohani from Iran.

The Italian maestro is going to conduct the Tehran symphony orchestra, which according to Rohani is an honour for the Iranian music community.

Rohani told the Mehr News Agency that the historic presence of such a great master in Iran is a turning point in Tehran symphony orchestra’s activities.

A second performance with the same ensemble will be later held on July 8 in the Italian city of Ravenna.

Rohani referred to the Iranian musicians’ performance in Ravenna, and said it is a source of honour for members of Tehran symphony orchestra to send a message of peace and friendship to the world through their performance in an Italian city in a time when the entire Middle East is grappling with war.

He said the world has negative perceptions of Iran, and the Iranian musicians’ performance in Ravenna can improve the Islamic Republic’s image as a cultural state.

The joint performance in Iran is going to be held as the country has a busy musical week ahead.

Many singers from pop to traditional singers with different musical styles are going to hold concerts in different parts of the country from north to south and east to west.