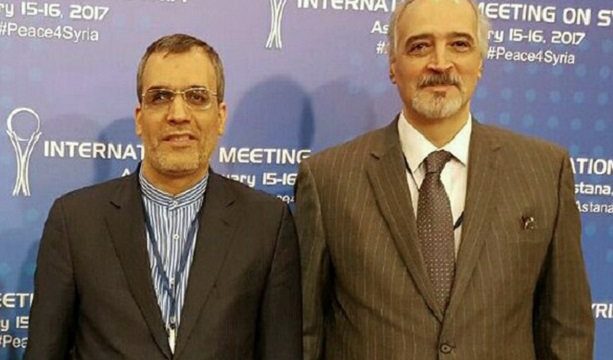 Iranian diplomat exchanged views on latest developments of Astana process and the documents under negotiation with Syria envoy to United Nations Bashar al-Jaafari.

Later, Jaberi Ansari and Russia Russia’s special envoy on Syria, Alexander Lavrentiev met to discuss the political condition in Syria, the situation of battle fields particularly in de-escalations zones as well as the documents prepared by experts in Astana sessions.

The fifth international meeting on Syria kicked off in Astana on July 4-5, and had brought together the delegations from the three guarantor states — Russia, Iran and Turkey — as well as the Syrian sides and the United Nations teams.