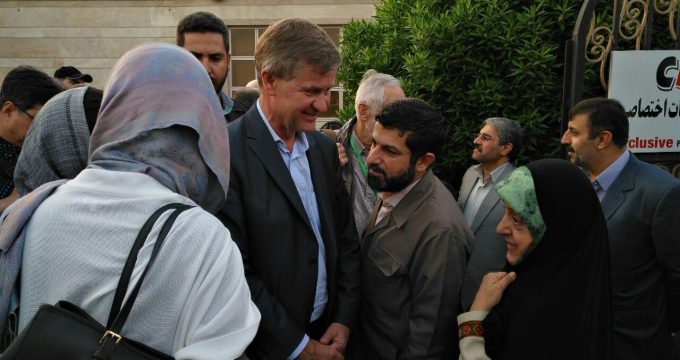 IRNA – Head of Iran’s Department of Environment (DoE) Masoumeh Ebtekar and UN Resident Coordinator in Iran Gary Lewis visited the dust centers in the east and northeast of Ahvaz in this southeastern province.

Executive Director of the United Nations Environment Program Erik Solheim along with a 30-memebr delegation of participants in the International Conference on Combating Sand and Dust Storms (SDS) also were accompanying Ebtekar during the aerial visit.

International Conference on Combating Sand and Dust Storms (SDS) started work in Tehran on Monday (July 3) with participation of 34 world countries which have been affected more by the SDS.

The International Conference on Combating Sand and Dust Storms (SDS) which is being hosted by the United Nations (UN) and Iranian Department of Environment would review Challenges and Practical Solutions to the issue.

Iran is among the world countries which have been badly hurt by the SDS phenomenon.

Iranian government has mounted a national campaign to fight the SDS, and it also has had active presence in the international events, which has led to approval of four resolutions about the issue.