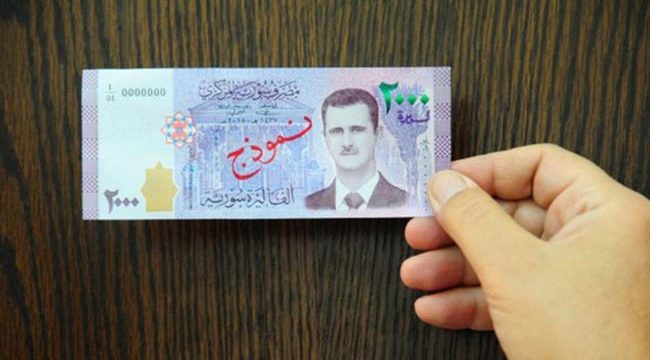 Press TV – For first time ever, Syria has introduced a banknote with the face of Syrian President Bashar al-Assad.

The 2,000 Syrian Lira ($3.9) bill went into circulation on Sunday, according to a statement released by the country’s central bank.

This is the first time that Assad’s face has been featured on the country’s currency since he came to power some 17 years ago. In the past, the country’s notes only carried pictures of Bashar’s father Hafez Assad.

The move comes at a time when Syrian forces have been making sweeping gains against different foreign-backed terrorist groups which have been wreaking havoc in Syria since 2011.

Duraid Durgham, the Syrian central bank governor, said the new notes go into circulation “due to the wear and tear” affecting current notes in circulation.

He added that the new notes were put into circulation “in Damascus and a number of the provinces.”