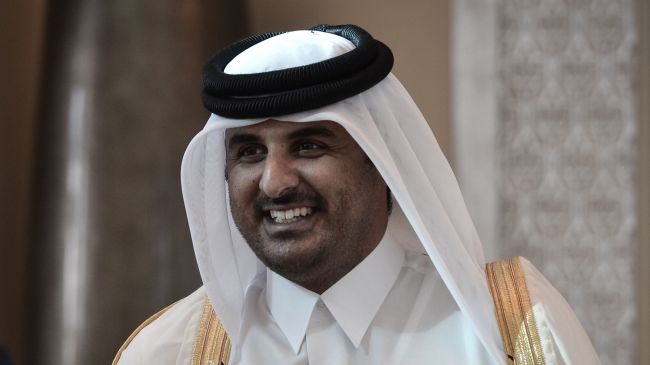 Qatar may face more sanctions, but definitely not war

Sputnik – Qatar may face tougher sanctions on the part of the four Arab states, but the escalation of the diplomatic conflict into a military one is unlikely, Egyptian political experts told Sputnik.

On June 5, Saudi Arabia, the UAE, Bahrain, Egypt, Yemen and Libya cut diplomatic ties with Qatar, accusing the Gulf nation of supporting terrorists and militant groups with ties to Iran.

Saudi Arabia closed the crossing at Qatar’s only land border, which Qatar uses to import about 40 percent of its food supplies. Qatar’s Arab neighbors also denied permission for the national carrier Qatar Airways to use their airspace, and airline carriers from the UAE canceled all flights to Doha.

Iran, with which Qatar shares a natural gas field in the Persian Gulf, and Turkey, which has a military base in Qatar, have sent deliveries of food and other supplies to Qatar by sea.

No Military Conflict in Sight

Earlier, Saudi Arabia, the United Arab Emirates and Bahrain issued an ultimatum, demanding on Qatar to reduce the scope of diplomatic and military relations with Iran, close the Turkish military base, give up alleged financing of terrorist organizations, refrain from to interfering in the domestic affairs of Arab countries and supporting opposition groups.

According to the statements of the Qatari representatives, Doha denies all accusations and does not intend to fulfill these demands, considering them a violation of its sovereignty. At the same time, it considers a possibility of negotiations with its Arab neighbors.

“A military option is not in sight. The ball is now on the side of […] the Qatari ruling family, whose policy is damaging not only the national security of the Arab countries, but also the Qatari people, the security of the whole Persian Gulf region,” former high-ranking diplomat at the Egyptian Ministry of Foreign Affairs and expert on international relations, Red Shekhat told Sputnik.

A similar point of view was expressed by former head of the research center at Egypt’s Nasser Military Academy, General Gamal Mazlum. According to him, the conflict could go on, but it is unlikely to enter the military phase.

“There is no siege of Qatar, there is only a political and diplomatic boycott, as well as sanctions imposed because of its support of terrorism in the region. We are still at the beginning of the conflict, but there is no need to expect anything more than economic sanctions,” Mazlum said.

New sanctions that Arab countries could impose on Qatar might include a boycott of large foreign companies that cooperate with Qatar and have large investments in Saudi Arabia, the United Arab Emirates, Bahrain or Egypt, as well as countries supporting the anti-Qatar sanctions.

“This would have extremely negative economic, political and military consequences for Doha,” Mazlum said.

Will Other Countries Help?

In order to resolve the conflict with its Arab neighbors, Qatar will actively try to involve global powers such as the United States, as well as its economic partners in the resolution of the conflict, Shekhat believes.

However, according to the expert, large states are unlikely to interfere or take sides, and would rather confine themselves to calls for political dialogue.
In particular, the United States does not view this conflict as a threat to Washington’s core economic interests in the region. In the understanding of the US, this is a regional intra-Arab conflict that will just last for a while, the diplomat concluded.