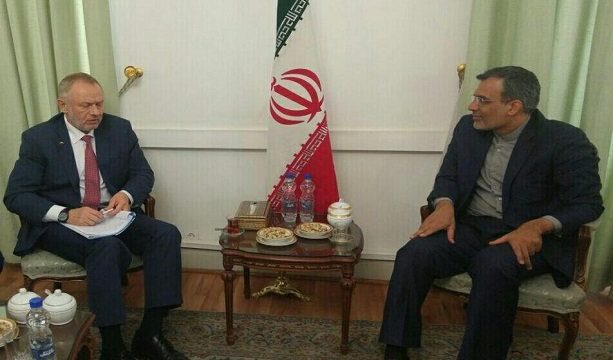 Alexander Fomin arrived in Tehran on Saturday to hold talks with Iranian officials on Astana Process.

The two sides examined the necessary arrangements to be made at the fifth round of the negotiations, which is to be held in the Kazakh capital, Astana, on July 4-5.

The fifth Astana talks are expected to address the formation of a national reconciliation committee in Syria, according to Russian Defence Minister Sergei Shoigu. Earlier on Friday, Shoigu announced that Russia, Turkey and Iran are working to finalize documentation on the borders of de-escalation zones in Syria and their verification arrangement.