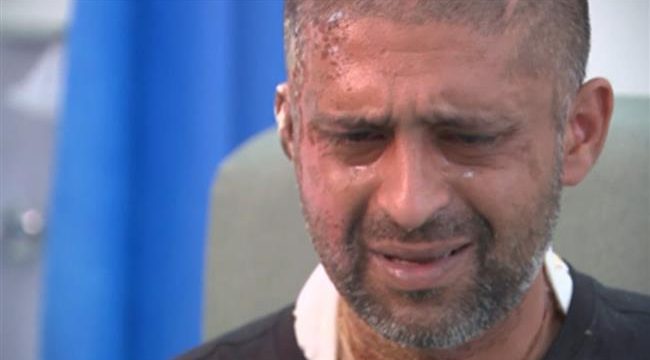 Press TV- The UK police have launched a hate crime investigation into an acid attack against two Muslim cousins in east London.

Jameel Muhktar and Resham Khan were sitting in their car at traffic lights in Beckton on the morning of 21 June, Khan’s 21st birthday, when a man approached their car, knocked on the window and sprayed acid on them.

They both suffered severe burns to their faces and bodies while Jameel was briefly placed in an induced coma.

Police identified the assailant as 24-year-old John Tomlin (pictured below) but had yet to arrest him for the attack. They concluded in their initial investigations that the attacker had no racial or religious motivations.

However, the Metropolitan Police said Friday that they were treating the case as a possible hate crime after finding new evidence.

“This investigation continues to move at great pace and my team continues to act on a number of leads to find Tomlin. I would also appeal directly to Tomlin to make contact with police and hand himself in and would urge anyone who knows of his whereabouts to contact police,” said Acting Detective Superintendent Neil Matthews.

The victims had raised the possibility of a hate crime long before police began its investigations.

Mukhtar, 37, said there was no other reason for the attack than Islamophobia, specially in the wake of the recent terror attacks in Manchester and London.

“It’s definitely a hate crime,” he told Channel 4 News. “I believe it’s something to do with Islamophobia. Maybe he’s got it in for Muslims because of the things that have been going on lately.”

“I don’t know if people are trying to retaliate. We’re innocent people. We didn’t deserve that. I’ve never seen this guy in my life. I don’t have any problems with anybody. My cousin is 21. She’s a business student. Why would anyone do that to us?”

Khan, who is from Manchester, had come to London to celebrate her birthday after returning from a student exchange year in Cyprus.

Anti-Muslim hate crimes across the UK have been on the rise over the past few weeks.