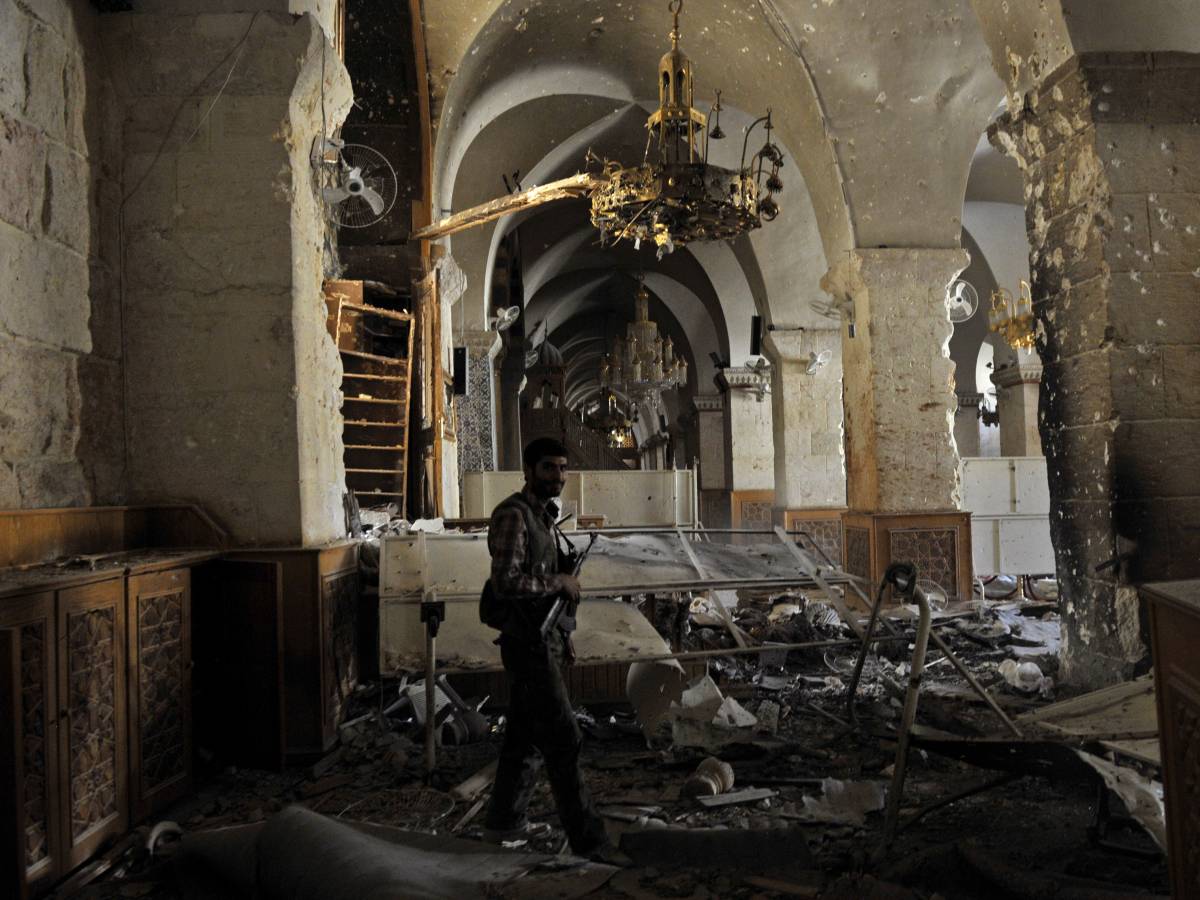 Press TV – Members of the Takfiri Daesh terrorist group have withdrawn from Syria’s northwestern province of Aleppo as government forces, backed by allied fighters from popular defense groups, are making territorial gain against the extremists and other foreign-sponsored militants in the region.

The so-called Syrian Observatory for Human Rights reported on Friday that Daesh Takfiris have pulled out of 17 towns and villages, and are now effectively outside the province.

The media bureau of the Lebanese Hezbollah resistance movement later announced that Syrian army soldiers and their allies had established full control over the Ithriya-Rasafa road and besieged Daesh’s positions east of Khanaser town.

Under the deal reached between the Syrian government and militants in late March, the residents of Foua and Kefraya were taken to the outskirts of Aleppo City, while the militants and their families were transferred from Zabadani and Madaya near Damascus to militant-held territory in Idlib.

The evacuation process kicked off on April 14, but it came to a halt a day later when a bomber blew up an explosives-laden car ripping through several buses carrying evacuees from Kefraya and Foua.

The terrorist attack killed at least 126 people, including 68 children, and injured dozens of others.

The Syrian Arab Red Crescent (SARC) supervised the evacuations, which was described as the biggest population swap of its kind.

Nearly half a million Syrians have returned home: UNHCR

Meanwhile, the Office of the United Nations High Commissioner for Refugees (UNHCR) says nearly half a million displaced Syrians have returned to their homes since the beginning of the current year.

The UN refugee agency said on Friday that it has recorded “a notable trend of spontaneous returns to and within Syria in 2017,” noting that most of these people are returning to check on properties and to find out about family members.

UNHCR spokesman Andrej Mahecic told reporters in Geneva that about 440,000 people had returned to Aleppo, Hama, Homs and Damascus on the view that security had improved in those areas.

He added that some 31,000 Syrian refugees in neighboring countries had also returned home, bringing to 260,000 the number of refugees who have come back to Syria since 2015.

Mahecic highlighted that “access to displaced population inside Syria remains a key challenge” for the UNHCR.

But “given the returns witnessed so far this year and in light of a progressively increased number of returns”, the UN refugee agency had begun scaling up its operations inside Syria to better be able address the needs of the returnees, he said.

Syria has been fighting different foreign-sponsored militant and terrorist groups since March 2011. UN Special Envoy for Syria Staffan de Mistura estimated last August that more than 400,000 people had been killed in the crisis until then.

De Mistura told the UN Security Council earlier this week that since the May 4 deal brokered by Russia, the Islamic Republic of Iran and Turkey during peace talks in the Kazakh capital city of Astana “violence is clearly down. Hundreds of Syrian lives continue to be spared every week, and many towns have returned to some degree of normalcy.”