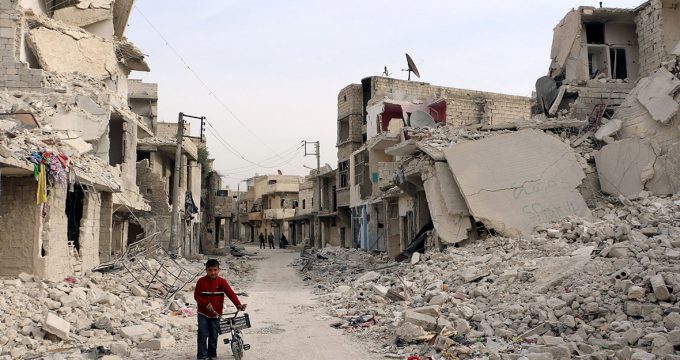 Who will win in deadly fight with traps and deadly bombs in Aleppo?

Syria Media Center |Sophie Mangal: It’s not a secret for anyone, how much hardship, how much grief and suffering people endure as they confront many various explosive devices, booby-traps and other deadly bombs especially on the territory of settlements. Aleppo, the largest city of Syria, was literally loaded and the fields strewn with all kinds of explosives and mines left by terrorists. Syrian sappers recently shared the first results of their activities on mine clearance in the territory of Aleppo and also their impressions and experience from the missions in a discussion moderated by Inside Syria Media Center’ military correspondents. 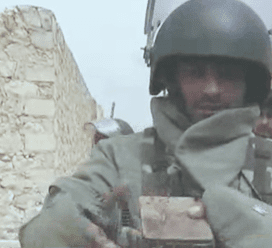 A Syrian sapper demined a bomb 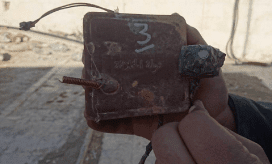 The main part of a bomb Outwardly, an explosive device with photovoltaic cells doesn’t seem like a mine, which could trigger by remote control or from a spring.

Syrian Arab Army’s sappers pay special attention to large settlements, where the vital infrastructure of the country is being restored. First and foremost, the specialists demine roads leading to hospitals, water supply and electricity, transport, communications, information facilities and other social infrastructure.The Syrian sappers have already cleared hundreds of the settlements mined. One of the last is the settlement of Tiyarah which is to the east of Aleppo. It had been under the control of ISIS for several years. Sappers have already cleared also the Ancient City of Aleppo and the town’s landmark, the Citadel. 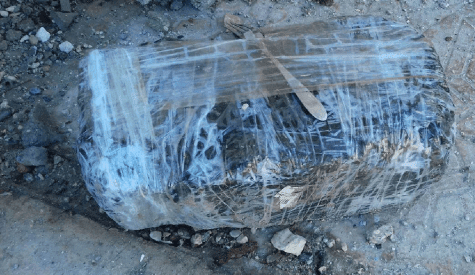 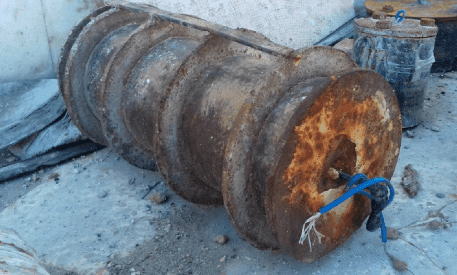 Locals highly respect sappers, because only after a full verification of cleaning all the buildings from all the explosive devices people will be able to return their homes. Often they try to give the last thing they have in mind, give their eyeteeth to the sappers to express gratitude for their work. Often people even organize crowdfunding with the only aim to purchase some kind of equipment for sappers. However, a special heavy protective suit (and a helmet with a visor and a stylus similar to a spear) that can safeguard from flying glass, debris and splinters when a small landmine or grenade is blown up, well you shouldn’t imagine this equipment come cheap. 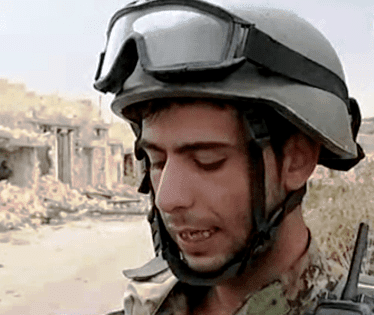 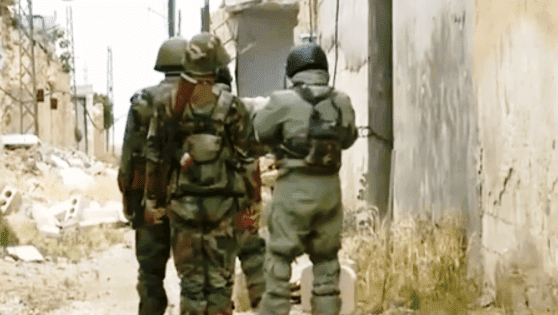 The crew of sappers are clearing the territory

Syrian Army Special Forces backed by allied engineer units organized round-the-clock search and neutralization of mines, bombs, booby-traps and other improvised explosive devices at newly liberated areas. And judging by the nature of the mining, the terrorists’ miners are not amateurs. They have passed training in special military camps. While retreating, the terrorists turned a number of Aleppo’s neighborhoods into a minefield. 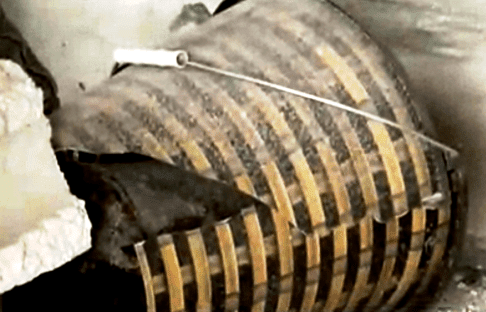 A homemade mine in a bucket 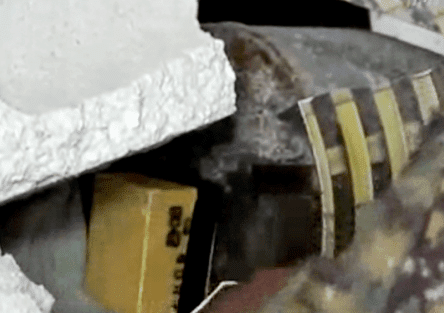 The process of mine clearance

On the left is a homemade mine in a bucket, which was placed under a staircase with bomb explosive power of which is about 15 kg of TNT. The explosive was placed so that it couldn’t be removed. It is a complex mining system, when the detonator is on a spring and it is impossible to get to it without moving the bucket. The spring is ready to detonate from any vibration.The sappers have to blow up the land mine on the ground. First of all to carry out this mission it is necessary to set up a cordon and then evacuate civilians in a radius of up to 500 m from the place of the bomb area. Then they put the other  detonating charge of TNT on it and blast it.For the past three month the Syrian experts have inspected more than 5,000 hectares in Aleppo, detecting and defusing up to 40,000 different explosives. Now the engineer units have to defuse thousands hectares of fields. Only after this work the local farmers will be able to continue cultivating land and harvesting crops.Syrian sappers have gained self-confidence and a bit of an eye for finding various traps. They even visually can determine the places where booby-traps or other land mines were planted. For example, the burnt-out wreckage probably wouldn’t be mined. Explosives are placed under the things that could be useful in everyday life most often. 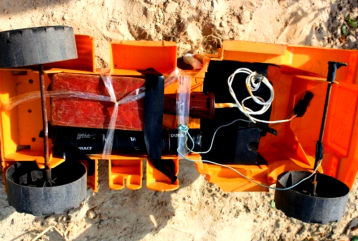 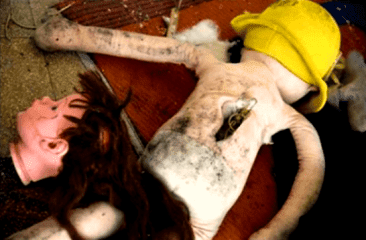 Mahmoud, a six-year-old Syrian boy found such a toy that was a booby-trap, actually, planted by the militants in Syria’s Aleppo in fact. Mahmud was born without arms, and recently lost both of his legs after touching the toy attracted his attention by foot. This is Mahmoud from Aleppo, who lost both of his legs as a result of a mine explosion

Through hard experience, the older guys have already learned to move away from these terrible finds. Most of the boys and the girls in Aleppo know a lot of stories similar to the tragedy with Mahmoud. “My younger brother and I came to our house to move things around and run into a land mine in the bathroom. There was another one in the kitchen and the wires leading to the third one,” says Ahmad, the young resident of Aleppo.
Aleppo, ISIS, Syria crisis, terrorism June 29, 2017
Iran English language newspaper headlines on Thursday, 29-06-2017
Deposed Saudi prince is said to be confined to palace