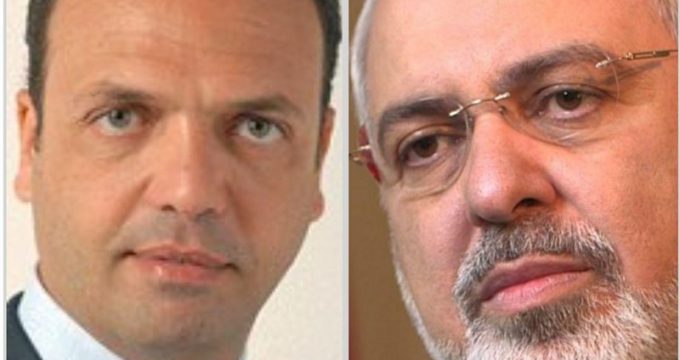 IRNA – Italian Foreign Minister Angelino Alfano expressed support for the July 2015 nuclear deal known as the Joint Comprehensive Plan of Action (JCPOA), describing it as cause of international and regional stability.

In a meeting held in Rome with his Iranian counterpart Mohammad Javad Zarif on Wednesday evening, Alfano referred to the latest report released by the International Atomic Energy Agency (IAEA) confirming Iran’s commitments to the implementation of the international deal.

Pointing to the June 7 terrorist attacks in Tehran, Alfano stressed the importance of countering terrorism and extremism.

Talking of Rome-Tehran ties, Alfano said the Italian companies have a positive look at Iran, adding Italy is after developing relations with Iran.

Meanwhile, the Iranian foreign minister pointed to good relations between Tehran and Rome, stressing that the exchange of banking delegations will deepen bilateral ties.

About the regional developments, Zarif said Italy can use its capacity to reduce tension among the regional countries.

Any kind of attack on Syria that may mount by the US on the pretext of false reasons will re-strengthen the terrorist group of Daesh (ISIS) in the region, Zarif noted.

Early on Wednesday, Zarif arrived in the Italian capital after ending his Berlin visit.