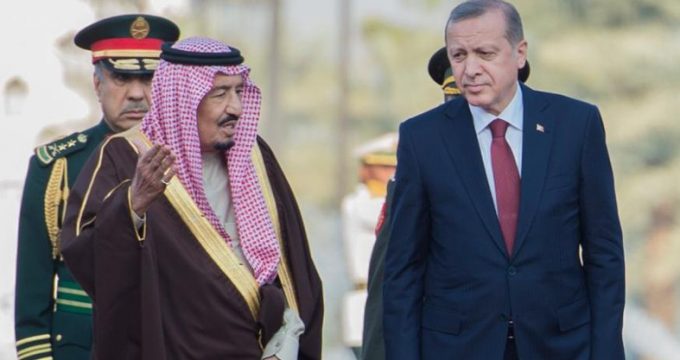 IFP – An Iranian lawmaker says the crisis between Qatar and Saudi Arabia has revealed the true nature of Riyadh to Turkey.

Iranian parliamentarian Kamal Dehqani Firoozabadi has, in a Farsi interview with ICANA, talked about the latest developments pertaining to the crisis between Saudi Arabia and Qatar.

He referred to remarks by Turkish President Recep Tayyip Erdogan on Eid al-Fitr, saying the crisis between Qatar and Saudi Arabia has revealed Riyadh’s real nature to Ankara.

In reaction to Erdogan’s criticism of the conditions set by Saudi Arabia and its allies for Qatar, the deputy chairman of the Parliament’s National Security and Foreign Policy Commission said Turkey is now feeling the realities associated with Saudi Arabia’s hostile approach in the Middle East.

“Saudis seek to gain dominance over Persian Gulf and Mideast countries, so much so that they wouldn’t like to see tranquillity and stability in Turkey, and one of the reasons [for this hostile approach] is that they had a role in the abortive coup against the Turkish president,” said the senior MP.

“Severance of ties with Iran coupled with the shutting down of Al Jazeera TV [the preconditions set by Saudis for Qatar] would be a prelude to a coup against the Qatari emir,” he said.

The MP noted Saudi Arabia was furious at the Al Jazeera network’s broadcasts during the Islamic Awakening [Arab Spring] era as well as the way it covered Egypt developments, and now it is seeking to take revenge on Qatar’s media arm,” he said.

The parliamentarian further said Saudi Arabia wants to dictate what the Al Saud regime wants, but such an approach will further isolate Riyadh in the Middle East and unmask the ambitious realities associated with Riyadh.

“Over the past few years, Iran has been seriously concerned over Erdogan being deceived by Saudis as well as [Riyadh’s] sinister plans to set Ankara on fire, but today, the crisis between Qatar and Saudi Arabia has uncovered Saudi Arabia’s real intentions.”

He said Iran’s policy is to respect the sovereignty of countries in the Middle East region, and added, “Iran, as the anchor of stability and tranquillity in the Middle East, favours promotion of relations with the regional countries.”

“Field realities in the Middle East are not something that Saudis will be able to change, and Riyadh’s strategies in Iraq, Syria, Yemen and even Qatar are doomed to failure.”

In his Eid al-Fitr speech, Erdogan supported Doha’s position vis-à-vis the 13 demands from Qatar made by Saudi Arabia and its allies, which have imposed a blockade on Doha.

Erdogan said Saudi Arabia and its allies’ demand that Turkey’s military base in Qatar be shut down amounts to disrespect for Ankara.

Earlier, Kuwait had presented to Qatar a list of demands by Saudi Arabia and its allies which Doha needs to meet if the Persian Gulf Arab countries are to normalise their relations with Qatar.

Among these demands are Qatar’s severance of relations with Iran, the closure of the Al Jazeera network and the shutting down of Turkey’s military base in Qatar.

Qatar has been asked to close down the Turkish military base immediately and to pay an unspecified amount of damages.