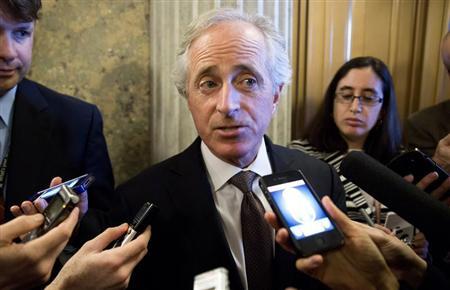 The Washington Post l Karoun Demirjian: As congressional negotiators attempt to clear a key technical hurdle preventing a popular Russia and Iran sanctions bill from final passage, some lawmakers are expressing new concerns over the breadth of energy sanctions in the legislation.

Oil industry executives and some foreign diplomats are prodding them to water down the measure, approved in the Senate earlier this month on a 97 to 2 vote.

The bill would codify and step up existing sanctions on Russia’s energy, banking and defense sectors, while adding new restrictions on intelligence, metals, mining and railways industries as punishment for Moscow’s aggressive actions in Ukraine and Syria and alleged meddling in the 2016 U.S. elections.

Aides in both parties describe behind-the-scenes worries over a change to a 2014 prohibition against U.S. companies participating in oil development ventures on Russian territory. The bill broadens that to restrict participation in any potential oil production project, anywhere, in which a Russian energy company is involved.

Oil companies are “deeply troubled by the effects that this would have on their own portfolio,” said Elizabeth Rosenberg, a former Treasury official and director of the energy, economics and security program at the Center for a New American Security. Even if there are currently a limited number of multinational partnerships involving both U.S. and Russian firms, she said, the blanket prohibition is broad enough to “have a chilling effect on non-U.S. companies” that have a presence on American soil, and the definition of oil project is loose enough that it potentially “includes everything.”

But Senate Foreign Relations Committee Chairman Bob Corker (R-Tenn.) said Monday that he believes lawmakers’ fears could be allayed without major changes to the legislation.

“Energy folks have got some concerns about the sanctions, all of which I think we can alleviate,” Corker said Monday. “We’ve shared how those concerns can be addressed without any legislation — I think as we walk them through they very much understand that those things can be easily addressed.”

Banning cooperation with Russian companies on potential oil ventures to any company that operates in the United States — including foreign companies with an American presence — has the potential long-term benefit of preventing Russia from profiting from ventures outside its territory. But it carries a potential short-term cost for any companies engaged in multinational partnerships that include Russian firms. The sanctions do not grandfather in existing contracts.

Corker added that in his view, the energy sanctions were “permissive, not mandatory” — meaning it is up to the president to determine whether and how they will be enforced.

Still, several Russian energy firms have already been listed by the Treasury Department in past rounds of disputes with Russia over its annexation of Crimea and involvement in the war in eastern Ukraine.

Aides acknowledged that the language is a little ambiguous on that point — leaving some lawmakers to wrestle with whether the potential hit to energy companies is a necessary sacrifice for rebuking Russia.

The second guessing around the bill’s energy provisions is an added inconvenience to negotiators like Corker, who were expecting the Senate’s overwhelming vote to propel the legislation through the House with strong enough majorities to overcome any threat of a veto.

Their plans have already run into a roadblock, due to a technicality that surfaced just as administration officials rededicated themselves to a concerted effort to stop the bill.

Last week, the House indicated it would issue what is known as a “blue slip” on the Russia and Iran sanctions package, a procedural move that effectively stops the bill in its tracks until lawmakers can agree on changes to bring the measure into compliance with constitutional rules.

Their complaint centers on a provision in which Congress gives itself 30 days to review any changes the president proposes to existing sanctions policy against Russia, providing lawmakers the power to restrain any executive effort to roll back sanctions. House leaders argue that section raises the possibility that the bill could affect government revenue, making it necessary for it to originate in the House.

Democrats have accused Republican leaders of using the procedural issue as an excuse to slow progress on the bill, in deference to President Trump. It is not yet clear if, once the technical correction is resolved, the House will then pass the Senate’s sanctions bill, or attempt to alter it. Last week, senior House committee aides indicated members wanted to move quickly — but that was before concerns with the energy provisions of the bill emerged.

Senators have not decided whether they will accept a proposed fix from House lawmakers — a decision that rests in part on negotiators, and in part on a promise from the few Senate dissenters that they will allow minor changes to be made without staging a floor fight.

The Russia sanctions package was amended into a measure stepping up sanctions against Iran, which passed 98 to 2 — the two “nay” votes were Sens. Rand Paul (R-Ky.) and Bernie Sanders (I-Vt.) In an interview over the weekend, Sanders stressed that he supported Russia sanctions.