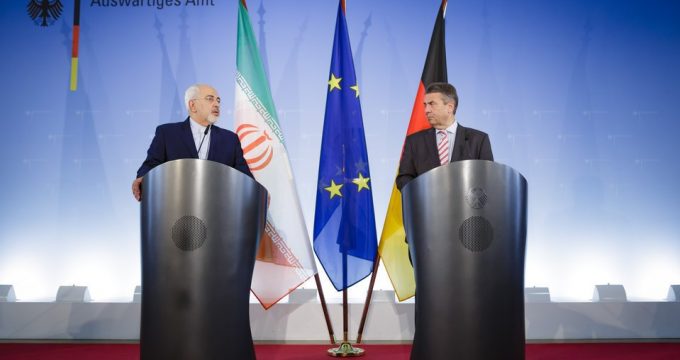 Iran’s foreign minister underlining that Iran and Germany enjoy long-standing relations based on mutual trust and interests, said today, after the abolition of unfair sanctions, which the German government also played a very important role in removing it, we are seeing an increase in economic relations between the two countries.

He added that “during my visit to Germany, German officials, as well as industrialists expressed willingness to expand relations with Iran, and we are also interested in using Germany’s economic and banking facilities.”

Zarif emphasized that Iran is a secure country in a region that suffers from instability and terrorism, and is a democratic country and a good partner for Germany.

Sigmar Gabriel, for his part, pointed out that Iran is a strong and big country and President Rouhani has given the people of Iran a promise of improvement and prosperity in the country’s economic situation, adding Germany welcomes the expansion of cooperation with Iran in all fields and hopes that Iran will improve the conditions for investment and will succeed in reducing disputes in the region.

“We hope that Iran’s relations with its neighboring countries will continue to expand and play a positive role in resolving crises in Iraq and Syria as well as the conflict between Israel and Palestine.