A Look at Iranian Newspaper Front Pages on June 25

Iran Front Page- IFP has taken a look at the front pages of Iranian newspapers on Sunday and picked headlines from 12 of them. IFP has simply translated the headlines and does not vouch for their accuracy.

Almost all newspapers today covered the reactions to the insults hurled by a group of hardliners at President Hassan Rouhani during the Int’l Quds Day rallies on Friday.

A popular campaign by Rouhani fans to support him in Twitter, and the Judiciary’s vow to prosecute the insulters were among top stories.

Another top story was the failed attempt to launch a terrorist attack on the Grand Mosque of Mecca, and the speculations about the possible role of the Saudi ruling system in plotting the attack.

1- Judiciary Should Prosecute Those Who Insulted President: MP 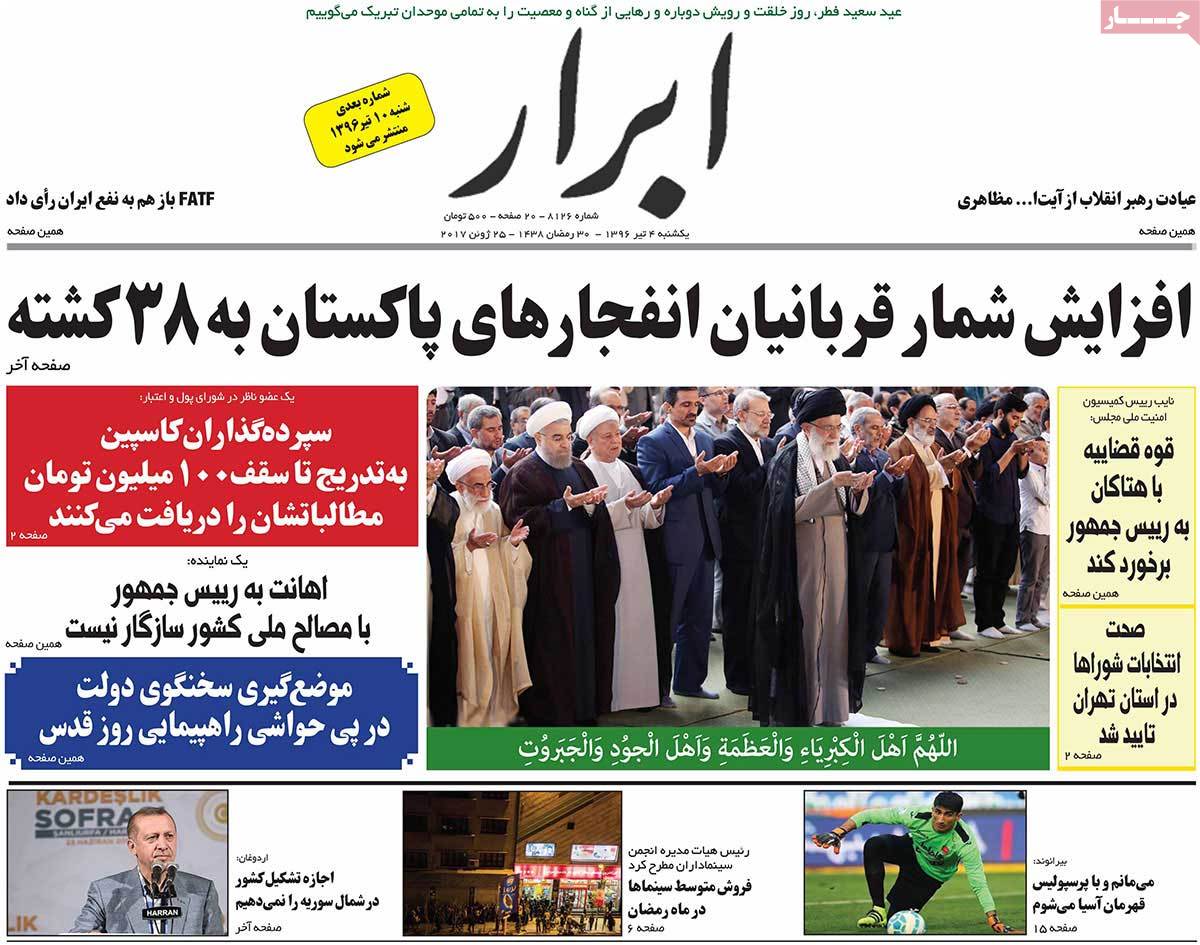 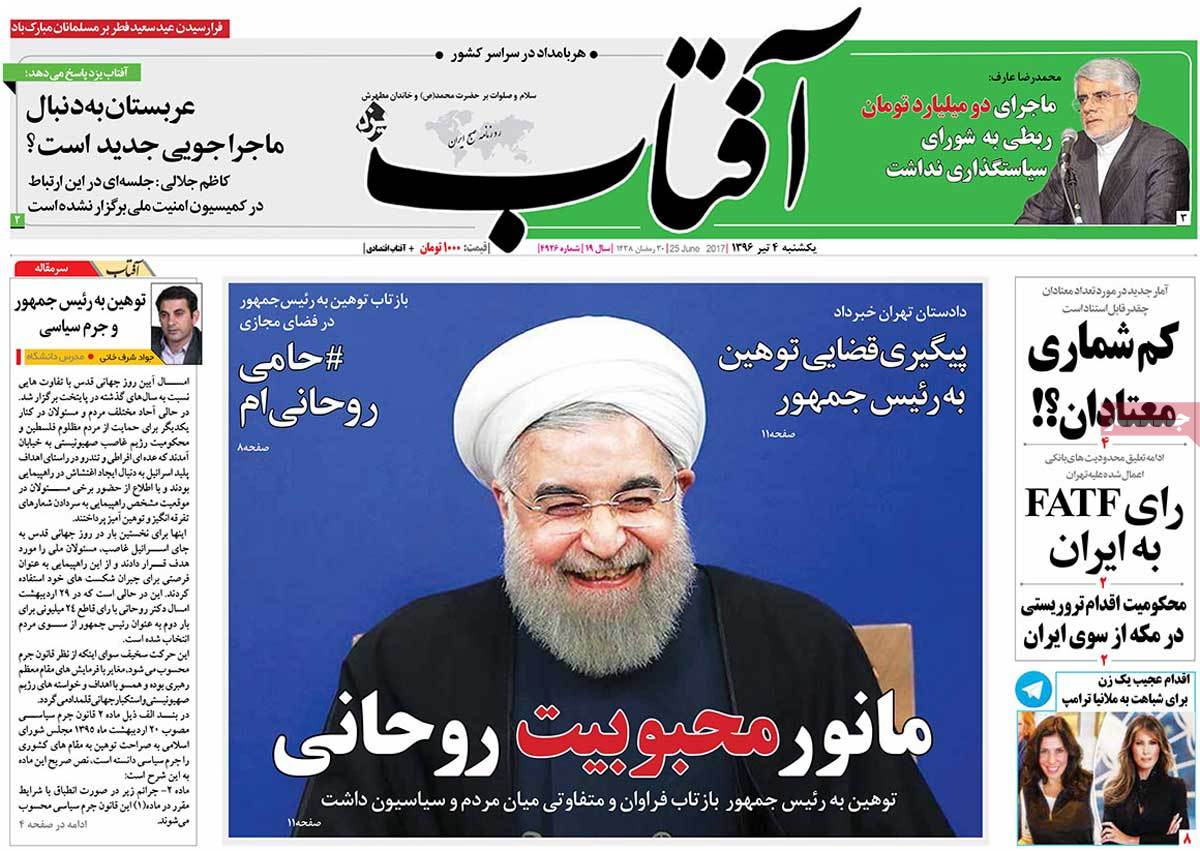 1- Rouhani: We Should Inspect People’s Lives 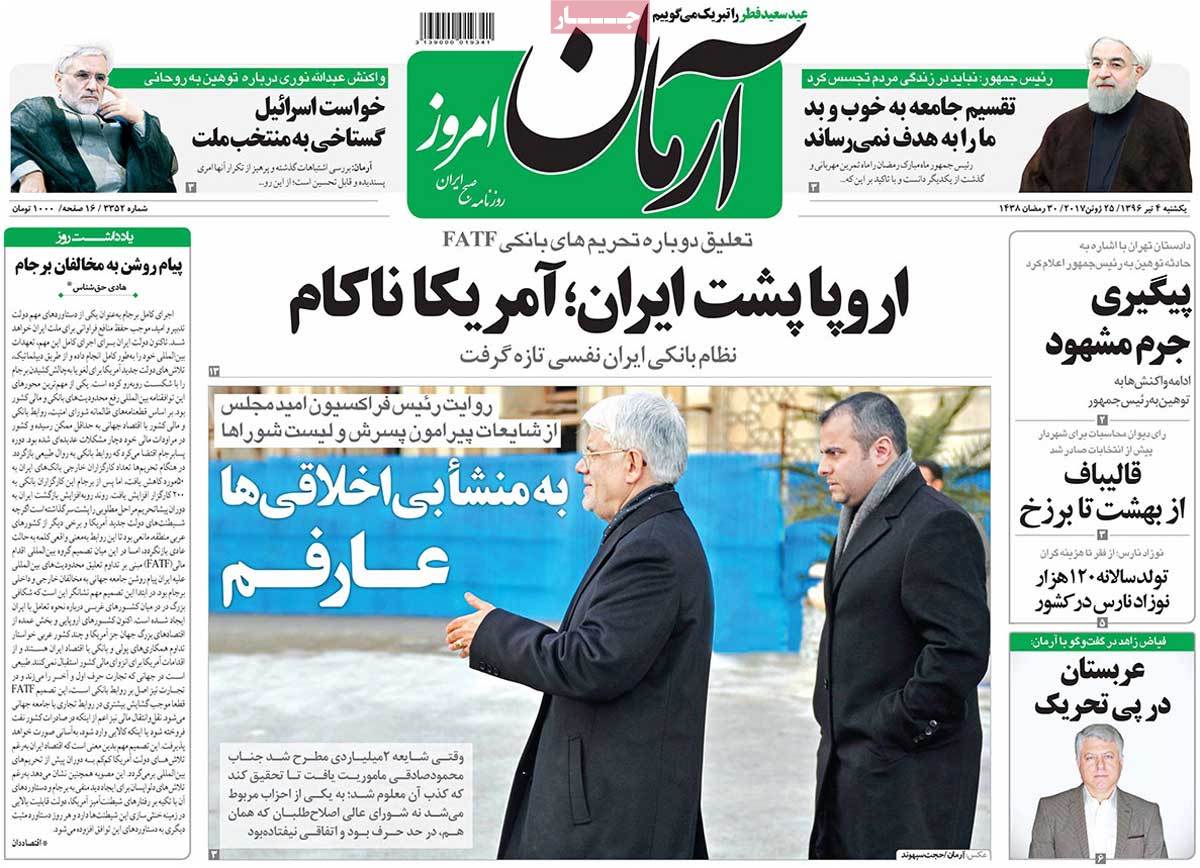 1- Rouhani: Patriarchy Is a Traditional, but Irreligious Way of Thinking 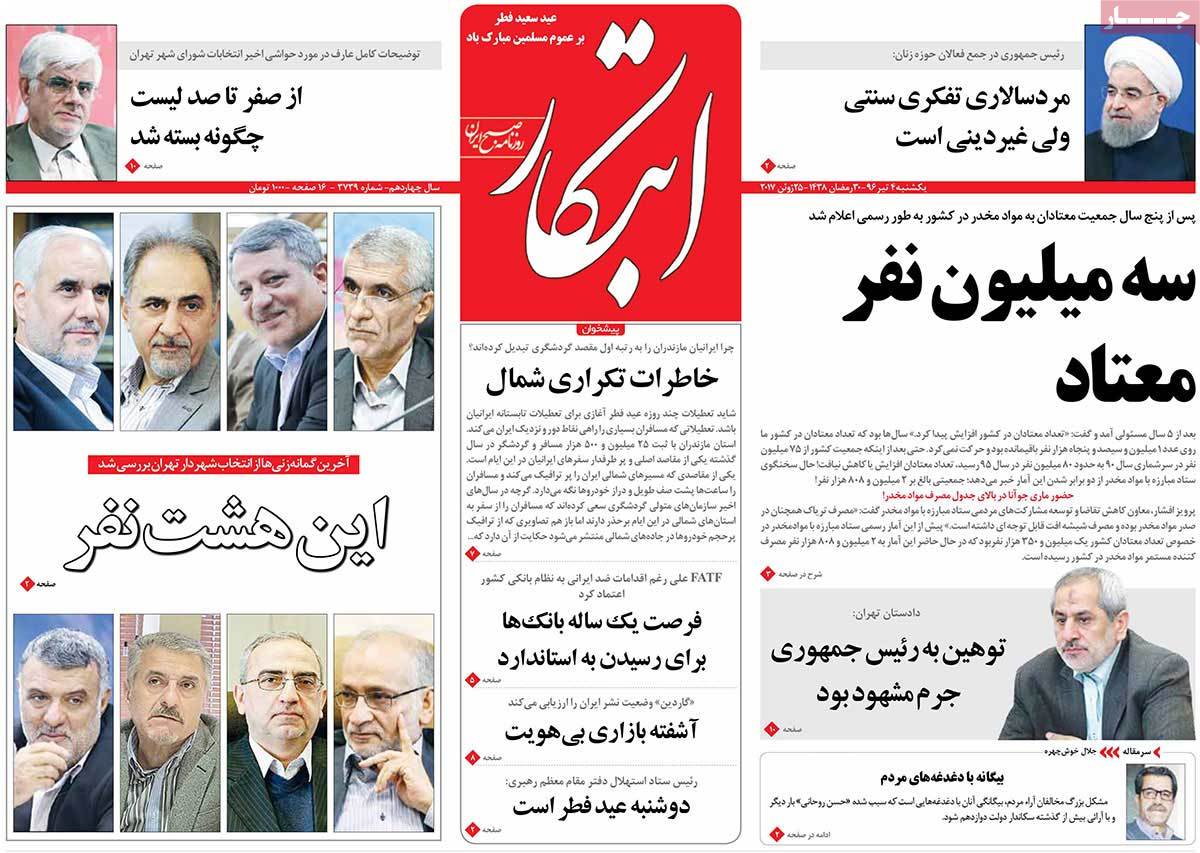 1- Another No to Iranophobia: FATF Once Again Votes for Iran 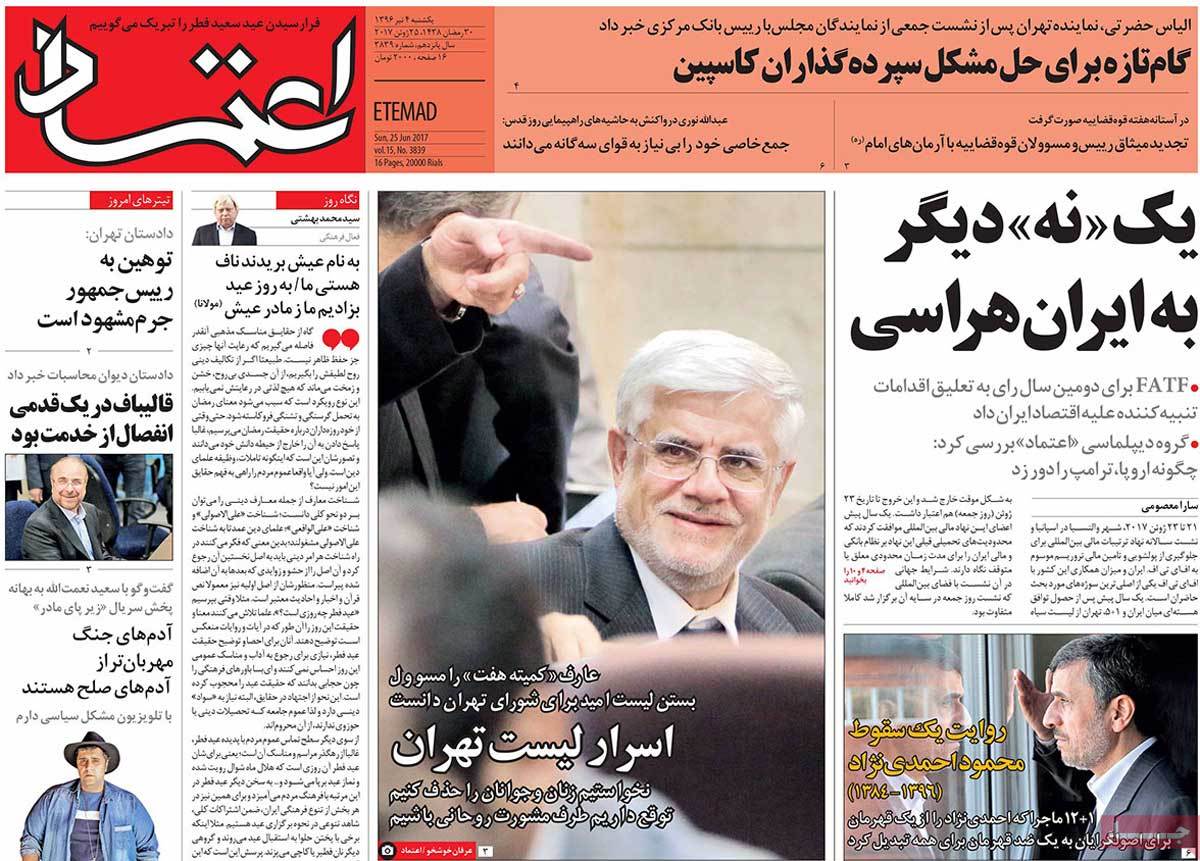 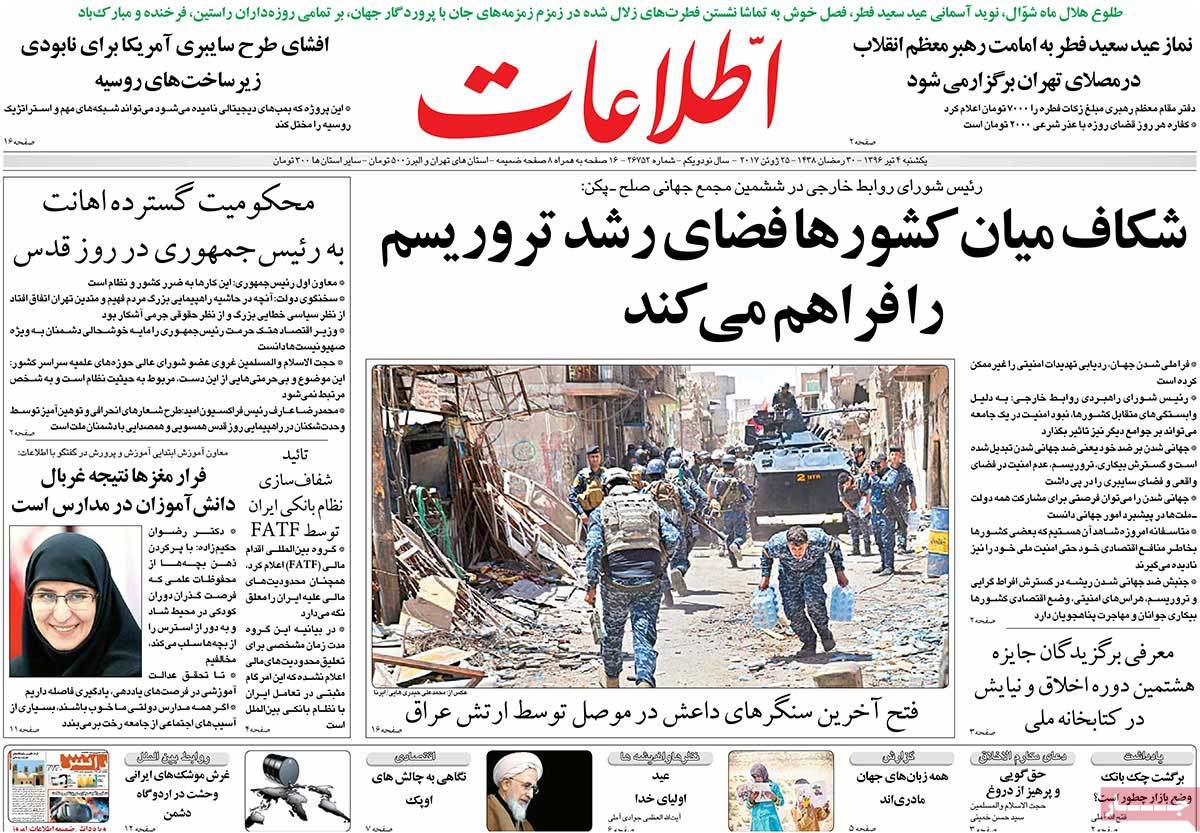 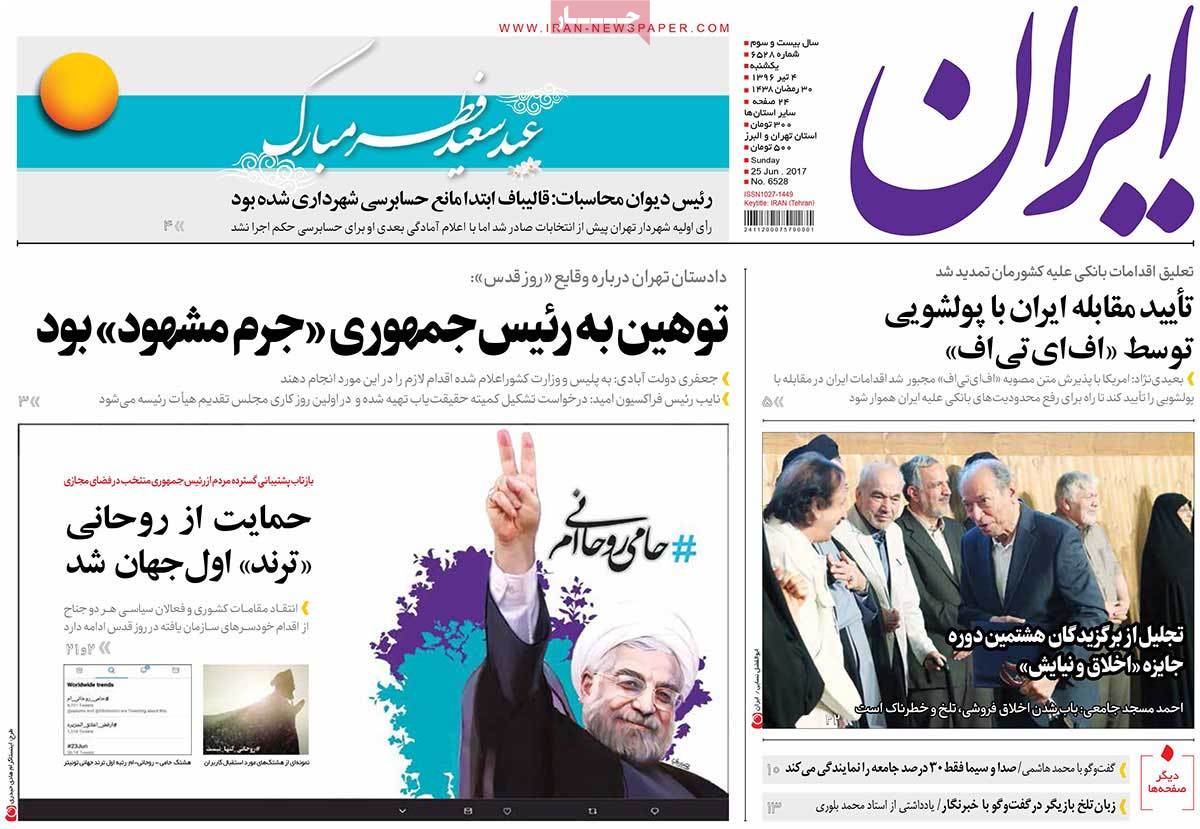 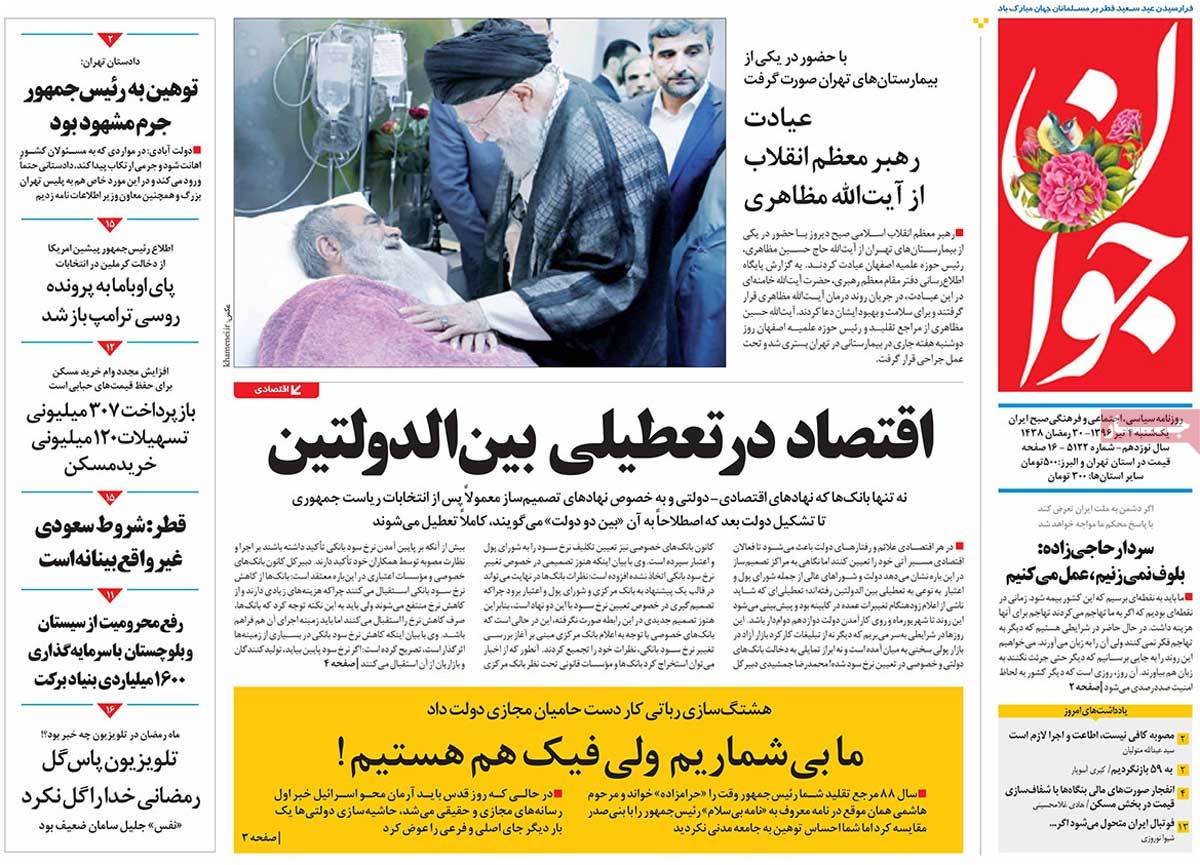 1- Continued Condemnation of Insult to Rouhani 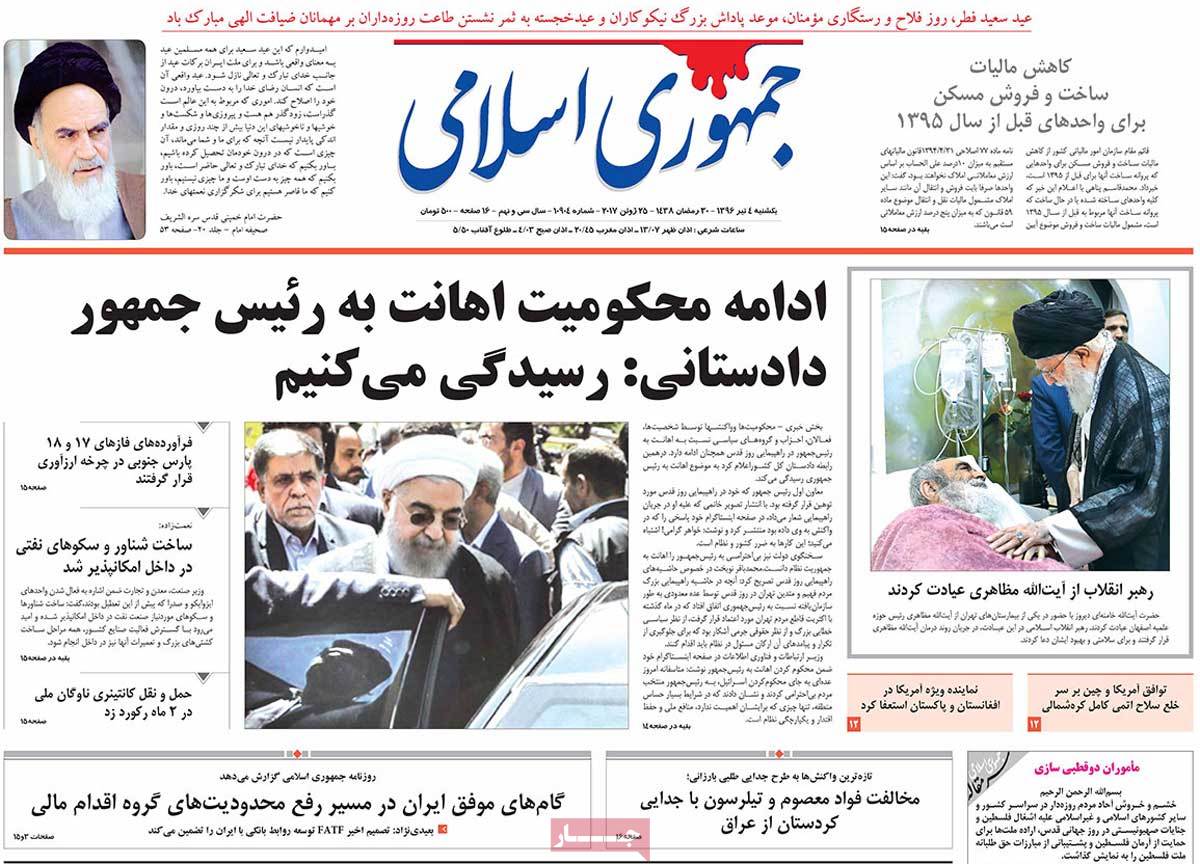 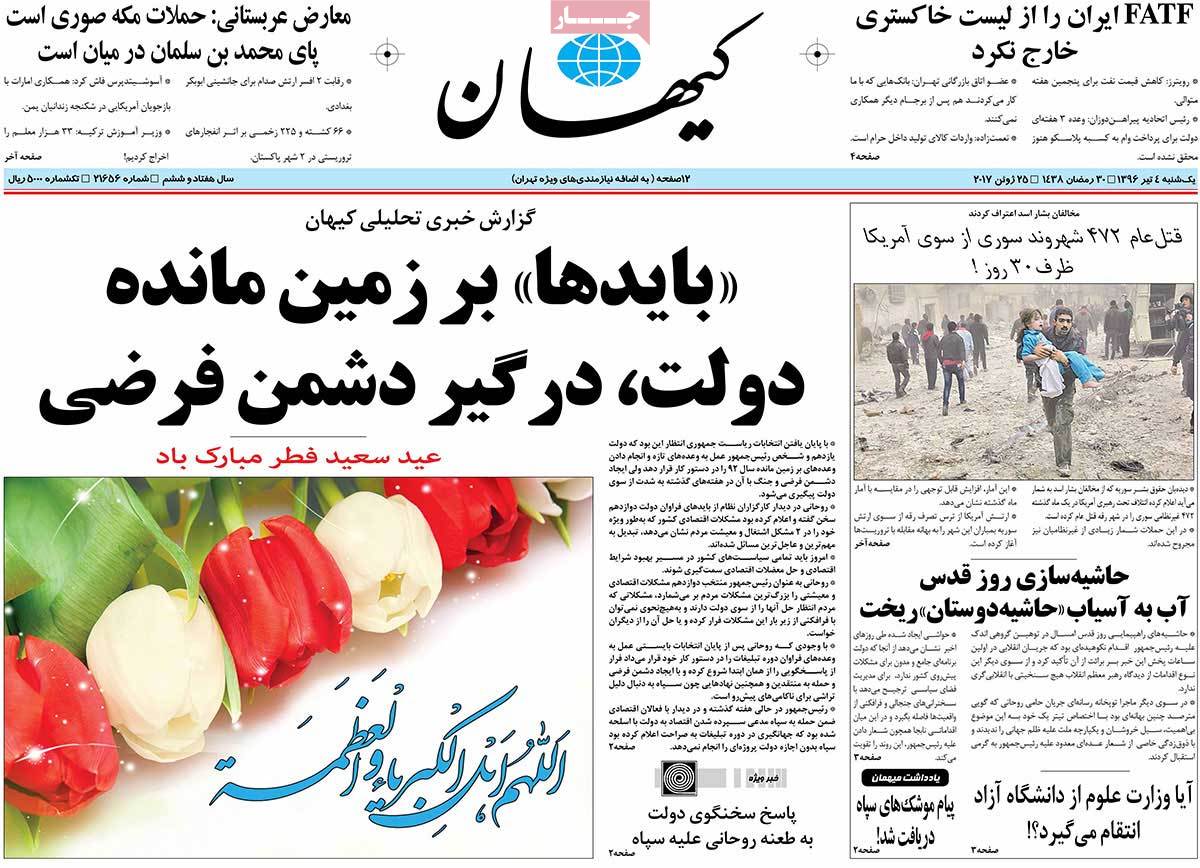 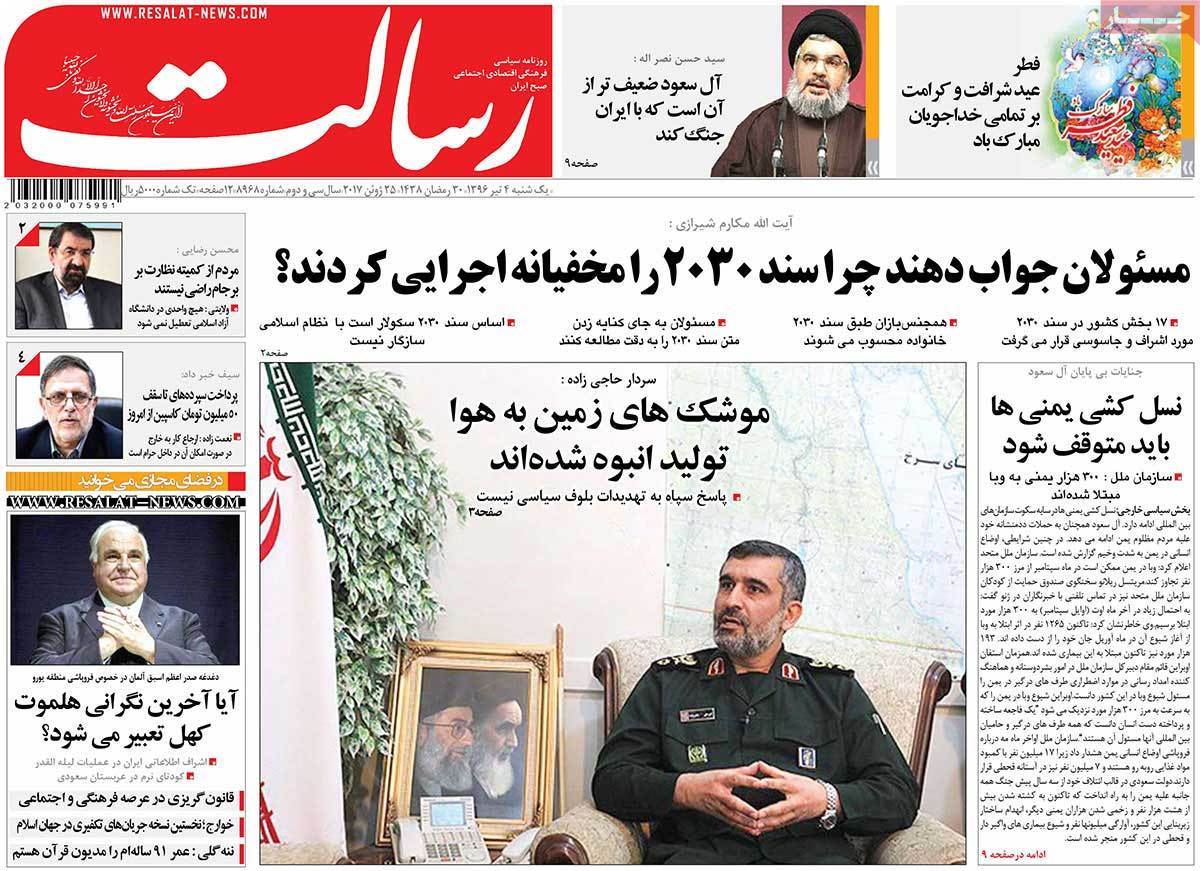 1- Special Committee to Probe into Attack on President 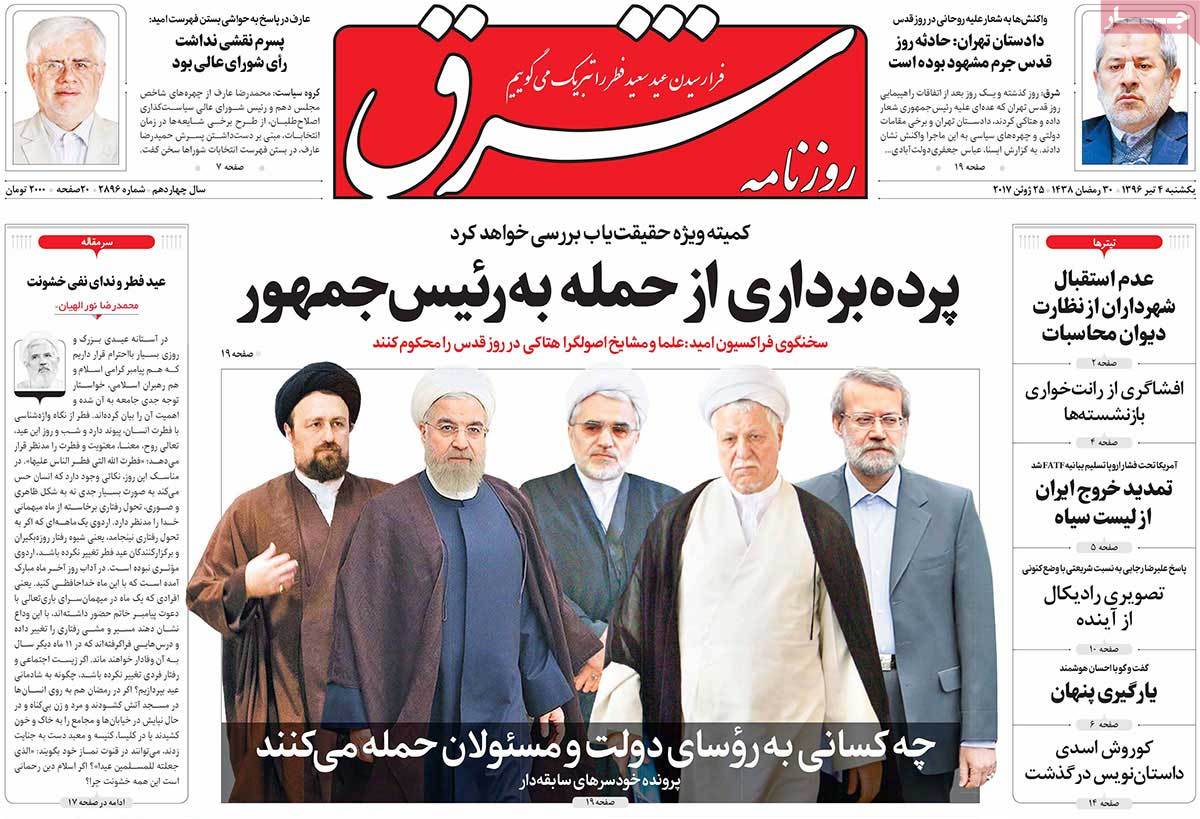