RT– As the US influence in the Middle East wanes, it increasingly associates itself with dictatorships like Saudi Arabia, whose “dark face” and “role in supporting terrorism is known to everyone in the region,” a high ranking Iranian Revolutionary Guard official told RT.

The United States and President Trump in particular consider only one “dimension” of convergence with Saudi Arabia, ignoring the “ideological and intellectual” challenges and costs such ties entail, media adviser to the Islamic Revolutionary Guard Corps (IRGC), Commander-in-Chief Hamid Reza Moghadam Far told RT in an exclusive interview.

“That was one of Trump’s senseless moves. He was just seeking to milk this cow and thinking about only business,” Moghadam Far said.

“The first challenge is that Trump goes to such a country as his first trip after being elected… That is the behavior shown towards a dictatorial regime in which democracy is meaningless and no elections take place and the people have no presence on the scene. The next challenge is that they claim that they are combatting terrorism. It is no secret that Saudi Arabia has provided the most support for terrorism.”

The recent naming of Mohammed bin Salman as Saudi Arabia’s new crown prince might be another “outcome of Trump’s visit” amidst internal disputes among Saudi princes and with other Arab countries.

“This replacement is one of the internal political impacts of the [Trump’s] visit on Saudi Arabia. I mean the replacement of the crown prince. But Saudi Arabia is facing certain conditions today that I think the development would create further problems for the country,” Moghadam Far said, pointing out that this decision would hardly be beneficial for the Saudi people.

While the appointment might push Saudi Arabia into further radicalization, it would unlikely lead to an armed conflict with Iran, Moghadam Far believes, as the Saudi army is “not fit for military action.”

“There is no possibly of conflict. Today many Arab countries are complaining about Saudi Arabia’s inexperienced and radical moves. They consider Saudi Arabia as callow,” Moghadam Far told RT.

“A number of inexperienced people who are ruling Saudi Arabia lack the resolve and determination to initiate a war on Iran. They lack the courage and power. I do not think they will come up with such conclusion, even if all global powers support them.” 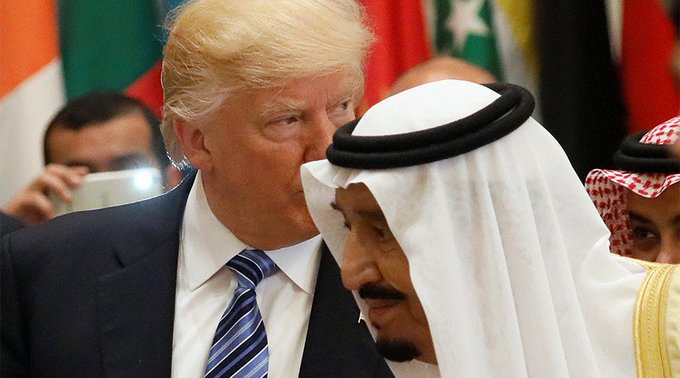 Saudi Arabia’s policies in the Middle East only bring instability to the region and its alliance with the US only diminishes the already dwindling American power and influence, Moghadam Far believes.

“[The US policies] definitely have a negative effect. What matters more, however, is that the US is not as influential a player as it used to be and it can no longer manipulate regional equations. Today, it does not enjoy such a sway at all and its influence in the region has waned,” Moghadam Far said.

“It now has to associate with countries like Saudi Arabia whose negative role in supporting terrorism, whose dictatorship, and whose dark face is known to everyone in the region.”

Tehran’s recent Iranian missile attack on Islamic State (IS, formerly ISIS/ISIL) terrorists in Syria should have weakened the resolve of the Saudis and other powers to go to war with Iran. A key “message” of the attack was to clearly demonstrate Iranian military capabilities to those who doubted them, Moghadam Far said.

“In the past, when these missiles were test-fired in Iran, the US and certain western countries used to usually announce that Iran was lying that its launches had been successful and tried to create this impression that Iranians do not have such a capability and their missiles cannot strike their targets with precision,” he said.

“As in the past, whenever Americans want to mount pressure on Iran, impose new sanctions and proceed with an issue in the region and beyond, [the US] accuse Iran of backing terrorism,” Moghadam Far said.

“But I think that today’s conditions are such that the world’s public opinion does not accept this. The world has come to realize that the US, despite leading a coalition against [IS] and terrorism in Syria and Iraq, Syria in particular, does not fight terrorism in practice and is in fact is supporting it… They cannot both take an opposite stance against terrorism and accuse Iran.”