RT– The US State Department questioned the motives of Persian Gulf Arab States in their boycott of Qatar, days after president Trump blasted the emirate for its alleged funding of terrorism.

“The more the time goes by, the more doubt is raised about the actions taken by Saudi Arabia and the UAE,” said State Department spokeswoman Heather Nauert at a briefing Tuesday.

“At this point, we are left with one simple question: Were the actions really about their concerns regarding Qatar’s alleged support for terrorism or were they about the long-simmering grievances between and among the GCC countries.”

The State Department’s choice of words – “Qatar’s alleged support of terrorism” – appears to contradict President Donald Trump’s earlier statement when he said “The nation of Qatar has unfortunately been a funder of terrorism, and at a very high level,” adding, “the time has come to call on Qatar to end its funding.” 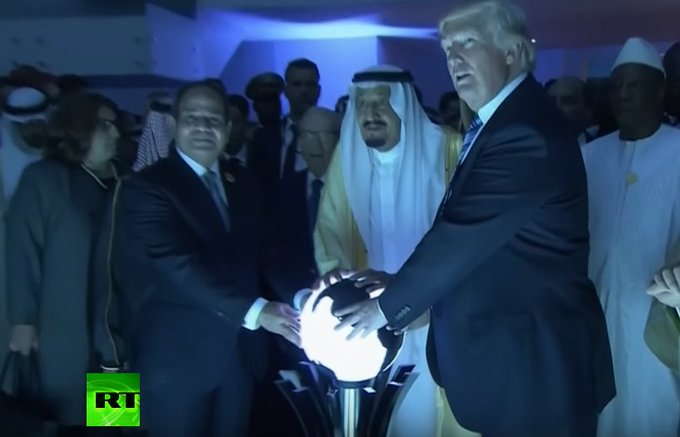 While Trump supported the Saudi-led blockade of Qatar, US Secretary of State Rex Tillerson called for an easing of the ban. And adding further confusion, days after president Trump blasted Qatar for “funding terrorism,” his administration authorized the sale of over $21 billion of US weapons to the emirate.

So good to see the Saudi Arabia visit with the King and 50 countries already paying off. They said they would take a hard line on funding…

There are more than 10,000 American service members at the US central command base in Qatar. Doha recently reminded the America of the partnership: “When no one wanted to host your troops after 9/11, we did. We protected them. Saudi Arabia asked you to leave,” said Meshal bin Jamad al Thani, the Qatari ambassador to the US.

The State Department spokeswoman said the countries “can work this out on their own,” without US mediation.