Ynetnews– Host of Arab countries join Saudis in cutting ties with Qatar and issuing numerous demands including closure of Al-Jazeera, cutting back Iranian ties and severing links with Muslim Brotherhood; accusing Qatar of funding terrorism, countries give 10 days for it to comply with demands.

In a 13-point list—presented to the Qataris by Kuwait, which is helping mediate the crisis—the countries also demand an end to Turkey’s military presence in Qatar. The Associated Press obtained a copy of the list in Arabic from one of the countries involved in the dispute.

Saudi Arabia, Egypt, the United Arab Emirates and Bahrain broke ties with Qatar this month over allegations the Persian Gulf country funds terrorism—an accusation that President Donald Trump has echoed. Those countries have now given Qatar 10 days to comply with all of the demands, which include paying an unspecified sum in compensation.

Qatari officials in Doha did not immediately respond to a request for comment from the AP. But the list included conditions that the gas-rich nation had already insisted would never be met, including shutting down Al-Jazeera. Qatar’s government has said it won’t negotiate until Arab nations lift their blockade. The demands were also likely to elicit Qatari objections that its neighbors are trying to dictate its sovereign affairs by imposing such far-reaching requirements.

Only a day earlier, Secretary of State Rex Tillerson had warned the demands must be “reasonable and actionable.” The US issued that litmus test amid frustration at how long it was taking Saudi Arabia and others to formalize a list of demands, complicating US efforts to bring about a resolution to the worst Persian Gulf diplomatic crisis in years.

According to the list, Qatar must refuse to naturalize citizens from the four countries and expel those currently in Qatar, in what the countries describe as an effort to keep Qatar from meddling in their internal affairs.

They are also demanding that Qatar hand over all individuals who are wanted by those four countries for terrorism; stop funding any extremist entities that are designated as terrorist groups by the US; and provide detailed information about opposition figures that Qatar has funded, ostensibly in Saudi Arabia and the other nations.

Qatar vehemently denies funding or supporting extremism. But the country acknowledges that it allows members of some extremist groups such as Hamas to reside in Qatar, arguing that fostering dialogue with those groups is key to resolving global conflicts.

Qatar’s neighbors have also accused it of backing al-Qaida and the Islamic State group’s ideology throughout the Middle East. Those umbrella groups also appear on the list of entities whose ties with Qatar must be extinguished, along with Lebanon’s Hezbollah and the al-Qaida branch in Syria, once known as the Nusra Front.

More broadly, the list demands that Qatar align itself politically, economically and otherwise with the Persian Gulf Cooperation Council, a regional club that has focused on countering the influence of Iran. Saudi Arabia and other Sunni-led nations have accused Qatar of inappropriately close ties to Iran, a Shiite-led country and Saudi Arabia’s regional foe.

The Iran provisions in the document say Qatar must shut down diplomatic posts in Iran, kick out from Qatar any members of Iran’s elite Revolutionary Guard, and only conduct trade and commerce with Iran that complies with US sanctions. Under the 2015 nuclear deal, nuclear-related sanctions on Iran were eased but other sanctions remain in place.

Cutting ties to Iran would prove incredibly difficult. Qatar shares a massive offshore natural gas field with Iran which supplies the small nation that will host the 2022 FIFA World Cup its wealth. 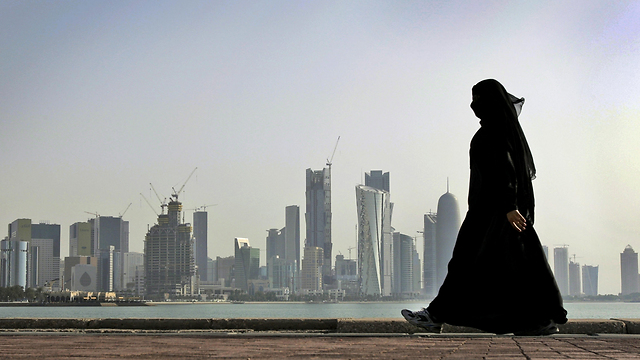 Not only must Qatar shut down the Doha-based satellite broadcaster, the list says, but also all of its affiliates. That presumably would mean Qatar would have to close down Al-Jazeera’s English-language sister network.

Supported by Qatar’s government, Al-Jazeera is one of the most widely watched Arabic channels, but it has long drawn the ire of Mideast governments for airing alternative viewpoints. The network’s critics say it advances Qatar’s goals by promoting Islamist movements like the Muslim Brotherhood that pose a populist threat to rulers in other Arab countries.

The list also demands that Qatar stop funding a host of other news outlets including Arabi21 and Middle East Eye.

If Qatar agrees to comply, the list asserts that it will be audited once a month for the first year, and then once per quarter in the second year after it takes effect. For the following 10 years, Qatar would be monitored annually for compliance.