A Look at Iranian Newspaper Front Pages on June 21

They also covered the Iraqi PM’s meeting with Iranian President Hassan Rouhani, where the latter voiced Tehran’s support for an integrated Iraq.

Rouhani’s first reaction to the IRGC’s missile attacks on ISIS positions in Syria also received great coverage. Rouhani hailed the apt move, and noted that the decision was made by the Supreme National Security Council.

1- Attachment of Certain Muslim States to Israel Is a Shame: Larijani

3- Attacks on ISIS Result of US Sanctions on IRGC: Deputy FM 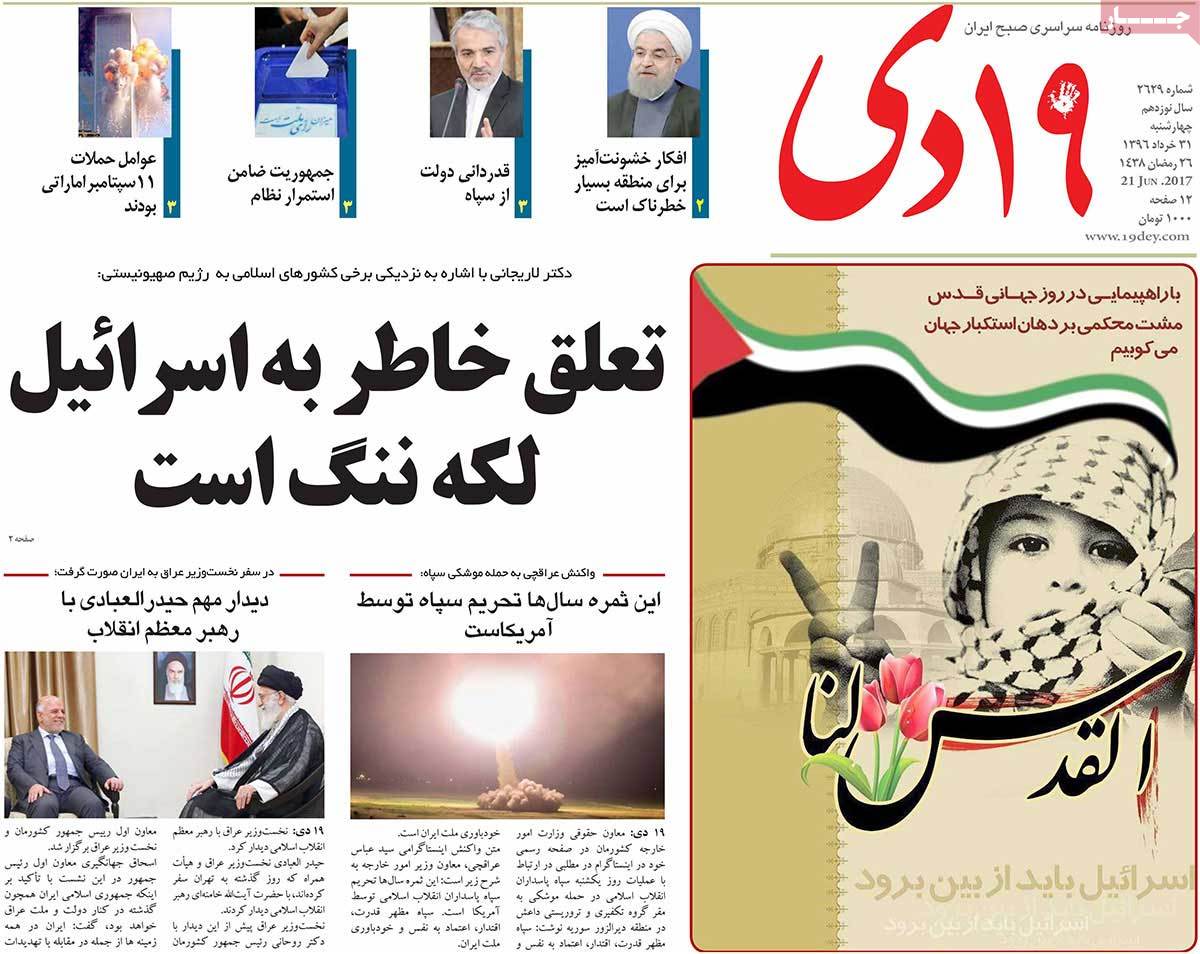 3- Qatar FM: If Sanctions Not Lifted, Qatar Will Meet Its Needs through Iran

5- Macron: We Work with Key Regional Players, Including Iran 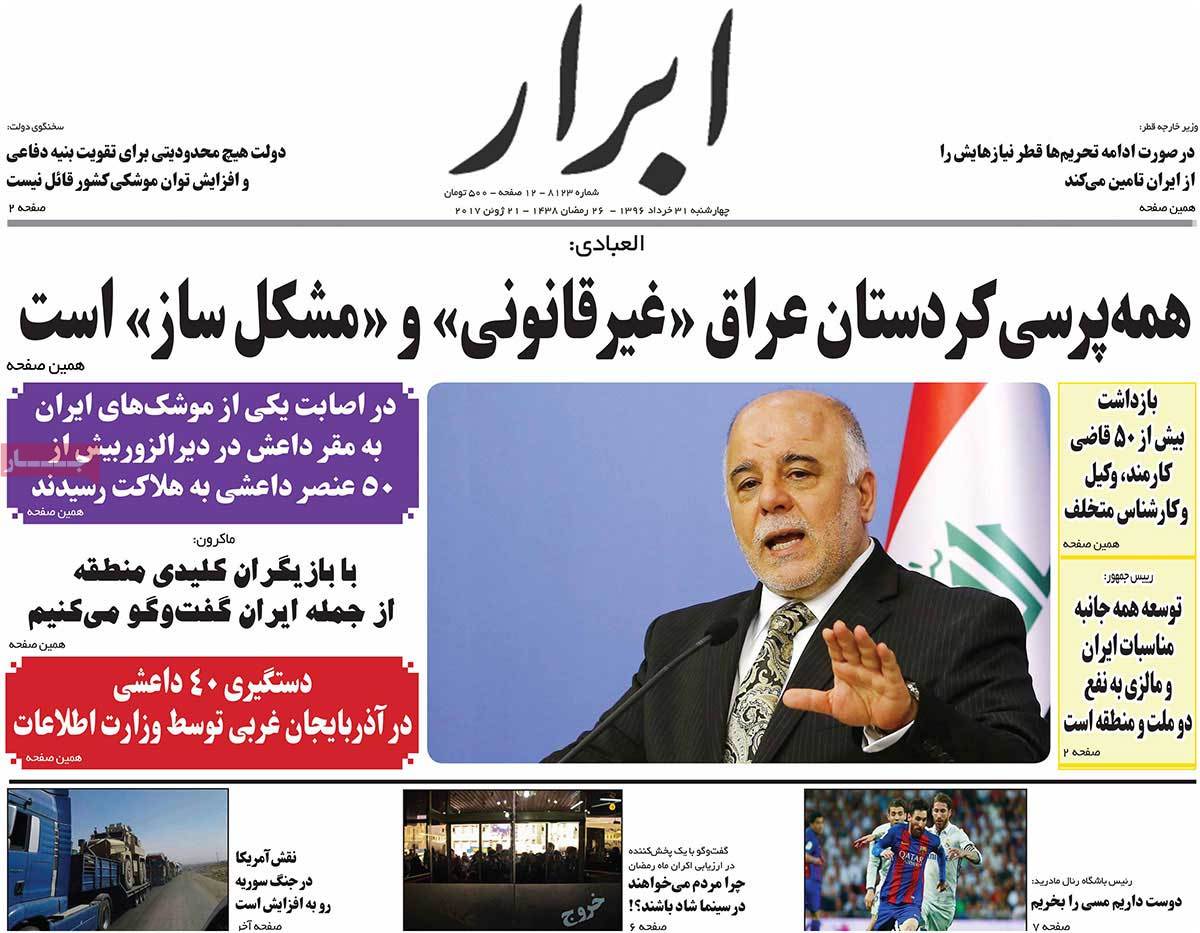 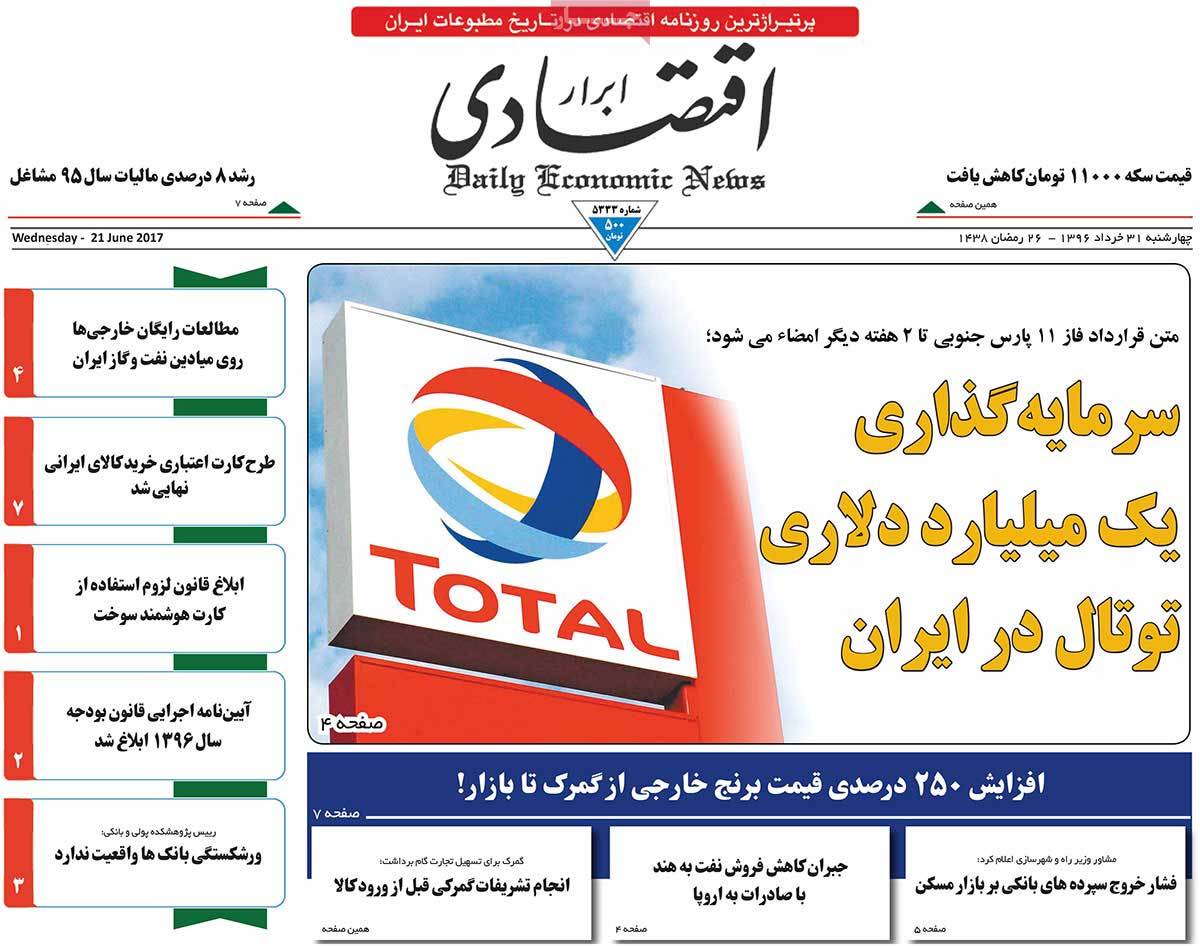 1- What Was Zarif Looking for in Africa? 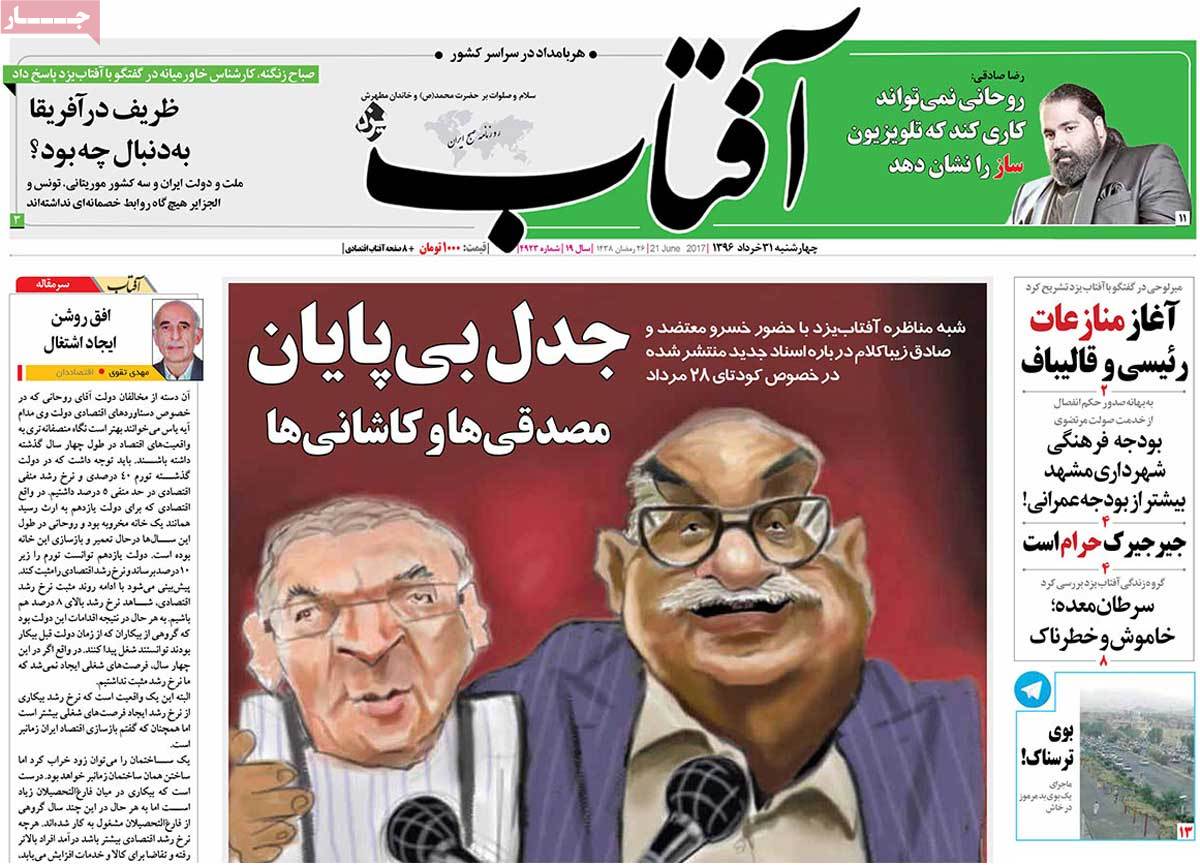 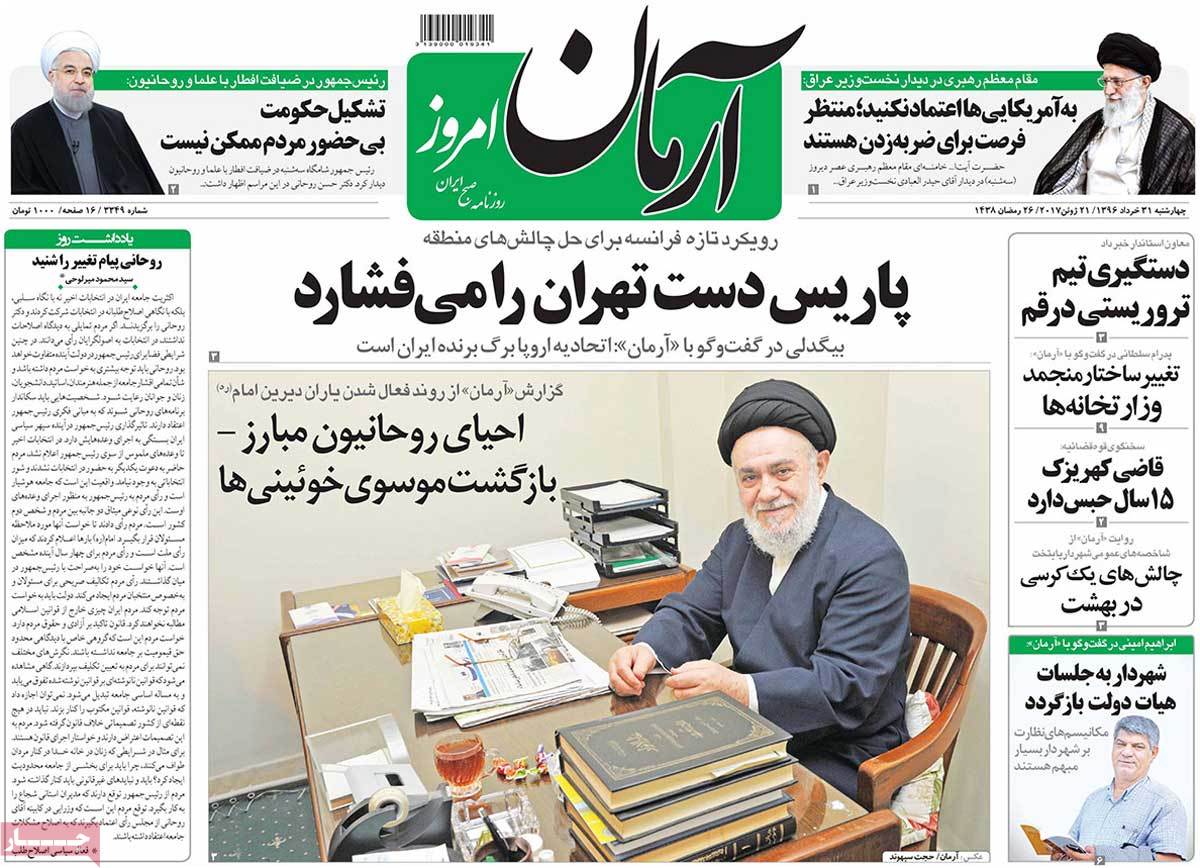 1- Rouhani: Fight against Terrorism Should Not Consign Issue of Quds to Oblivion

2- Velayati: Iranian Nation to Put Differences Aside in Reaction to Foreign Threats

3- Judiciary Spokesman: Intelligence Ministry Has Access to Those Engaged in Oil Case 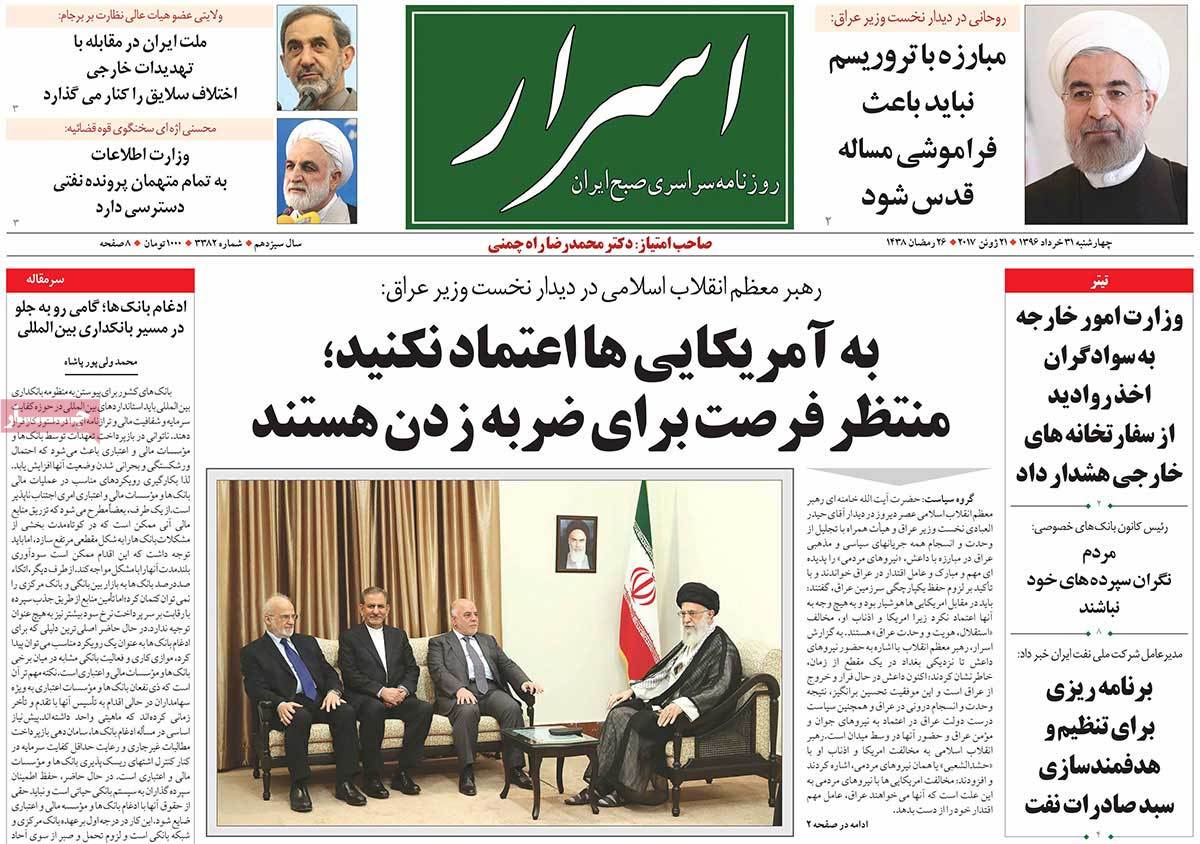 2- US Shouldn’t Be Trusted as They’re Opposed to Iraq’s Independence, Unity 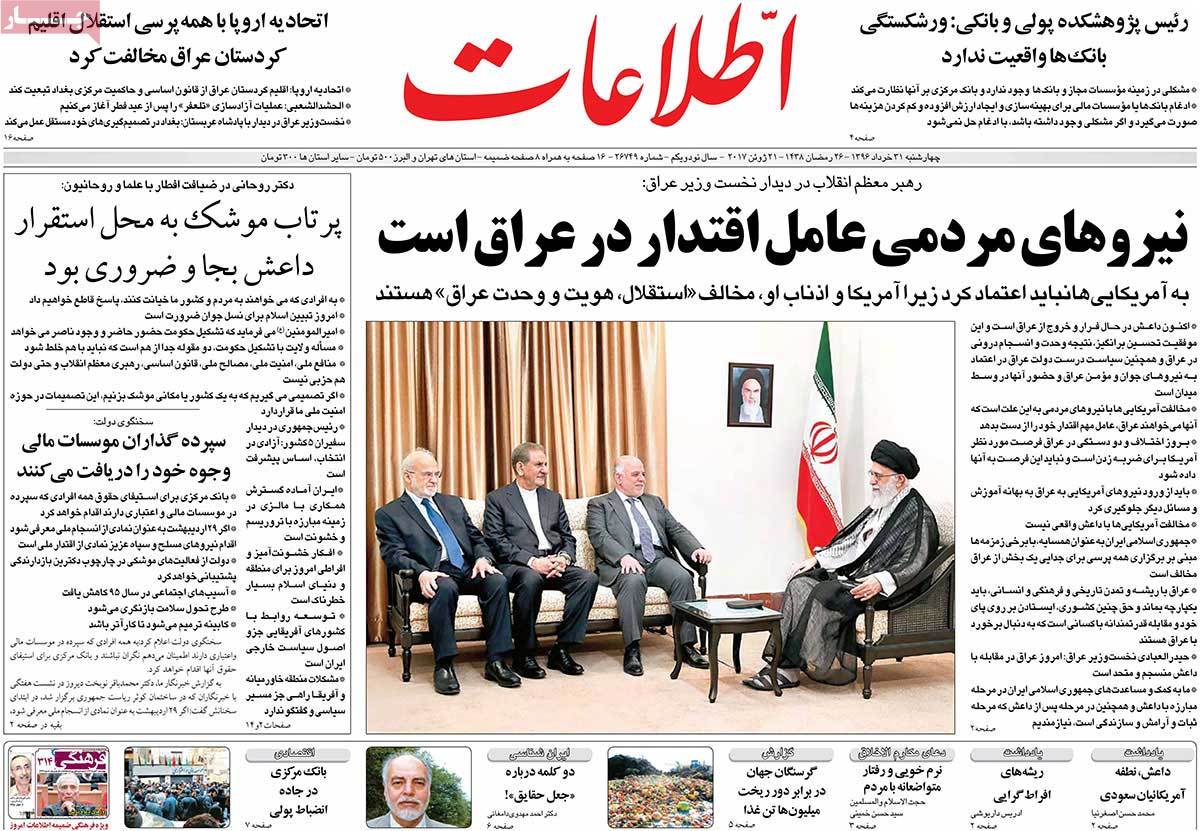 2- We’re Not Salesmen, We Want to Be Iran’s Partner 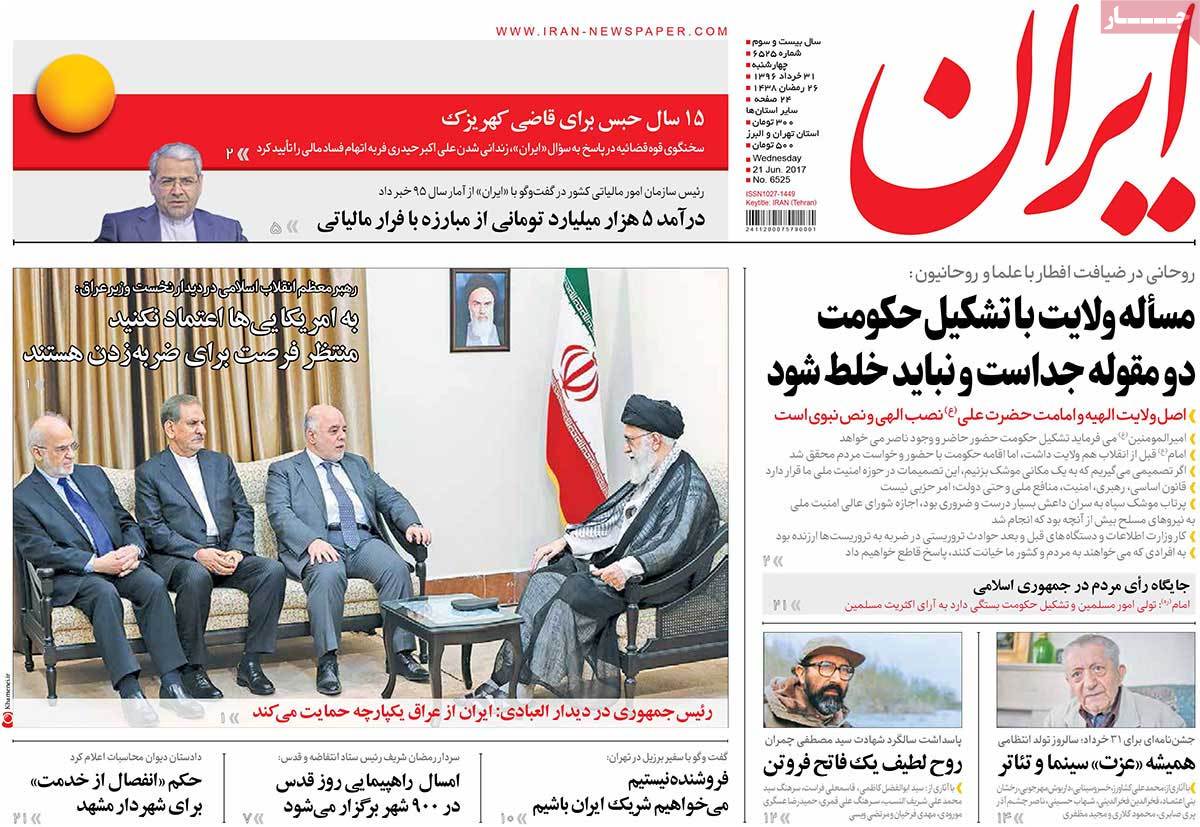 1- Third Day of US Silence towards Iran’s Missile Revenge 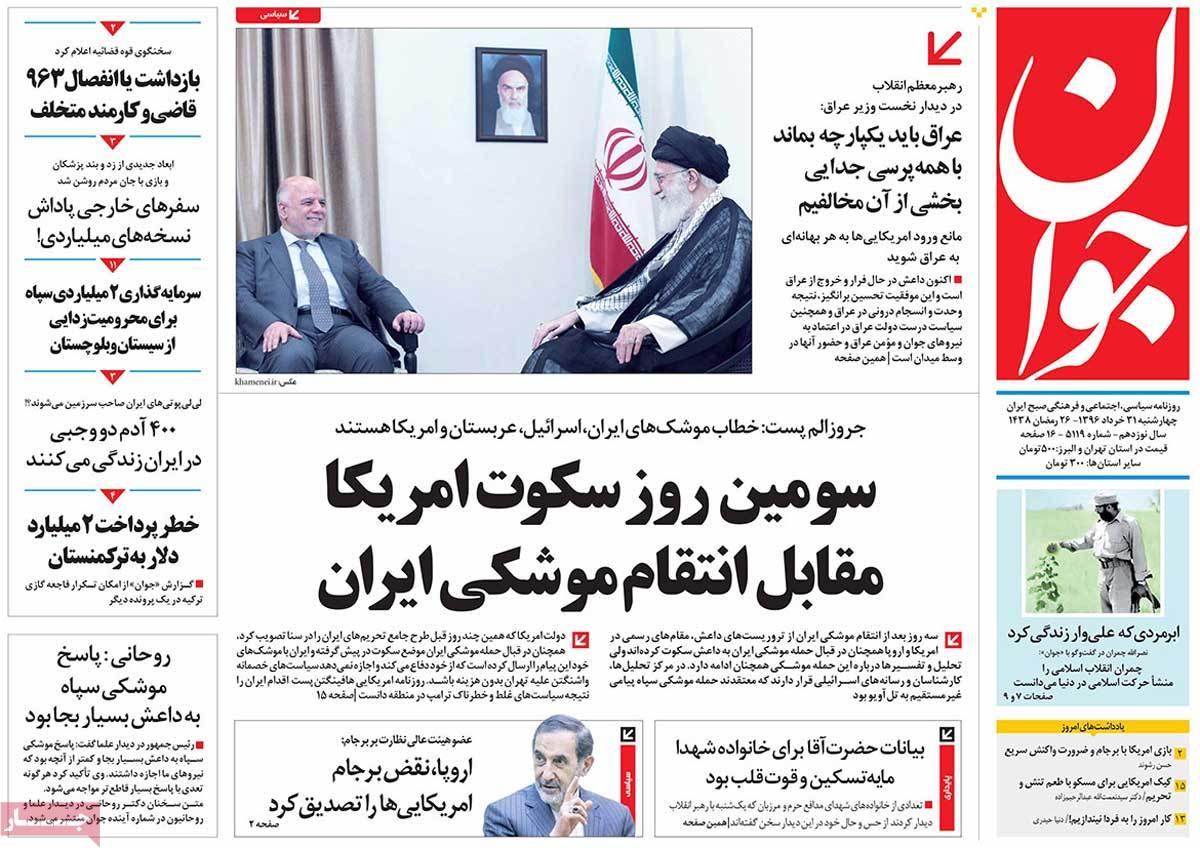 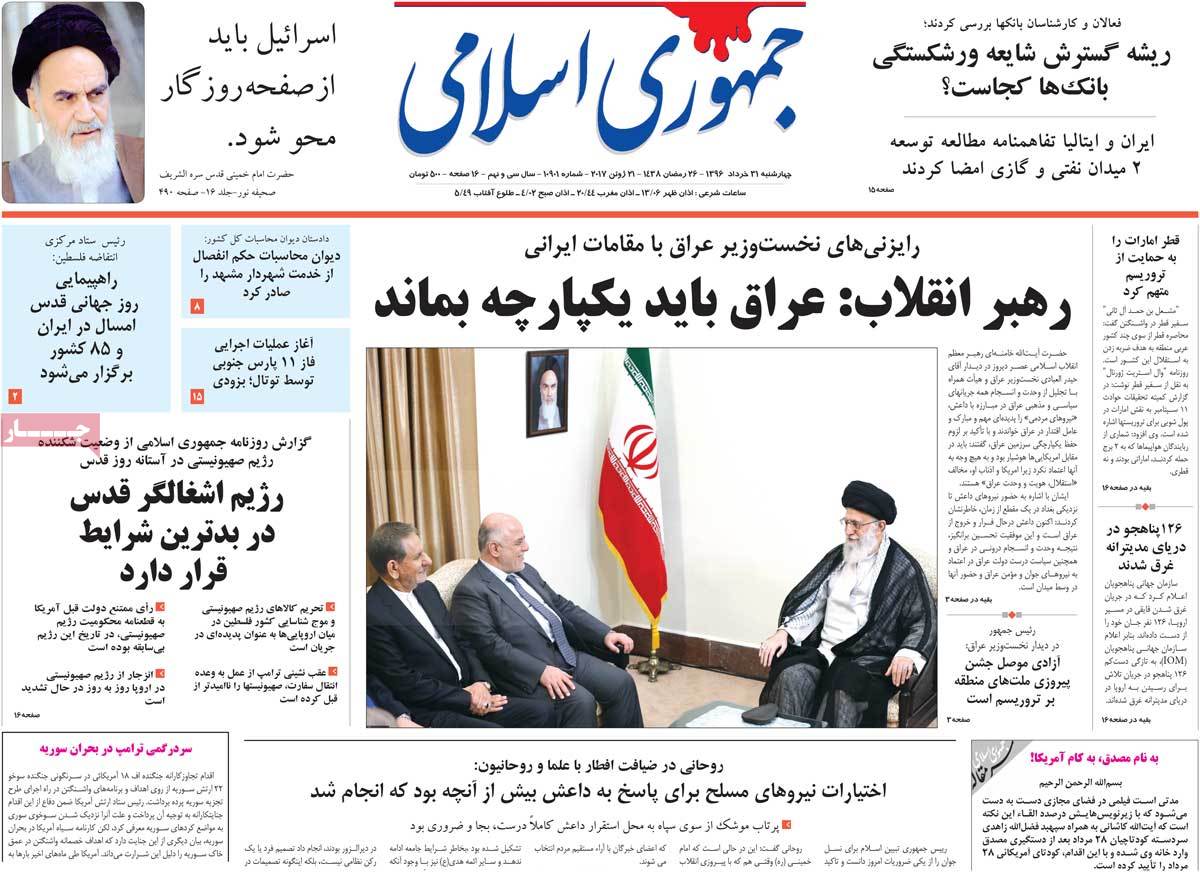 1- What Did Zolfaqar Missiles Do to ISIS?

2- Total CEO: Investment in Iran Is Risky for Now 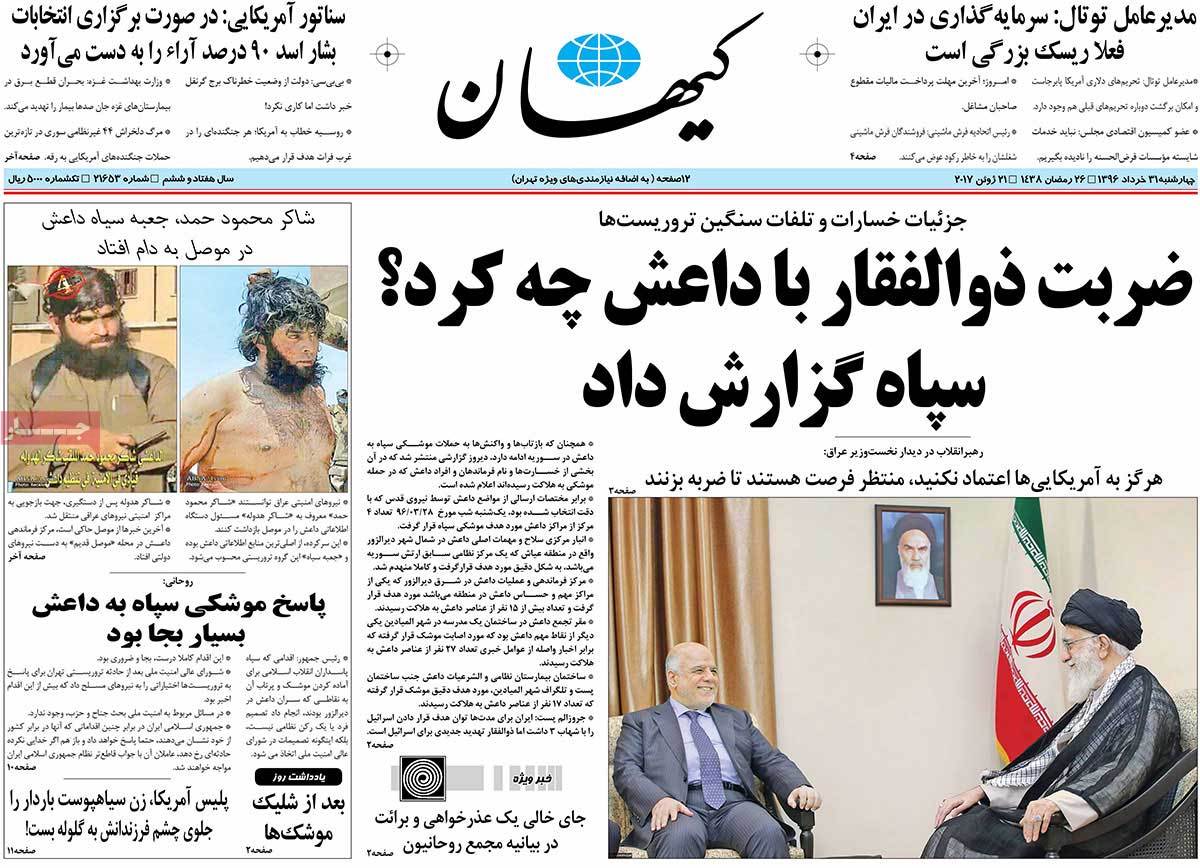 1- Judiciary Spokesman: Whoever Works with ISIS Is Muhareb [one who jeopardizes people’s security] 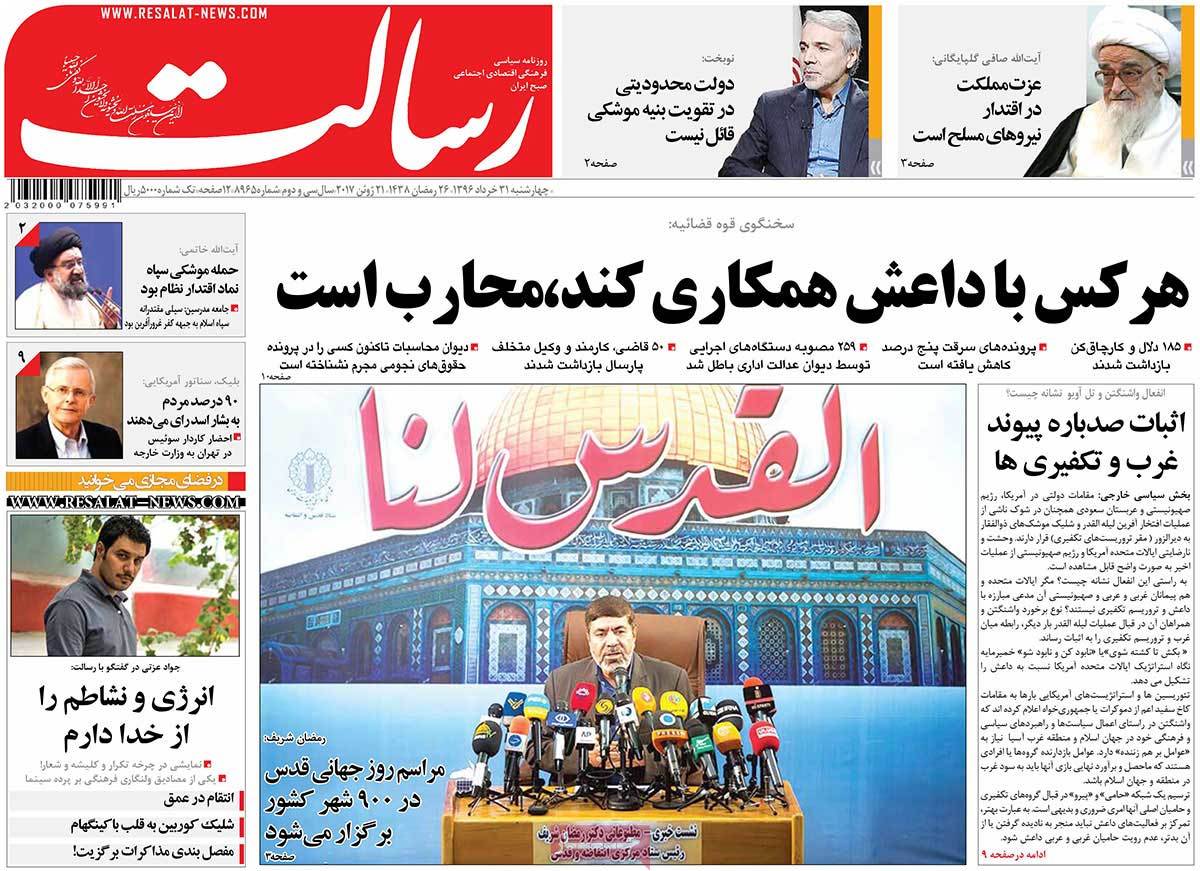 2- Rouhani to Critics: Missile Launch Not an Individual, Sectional Decision 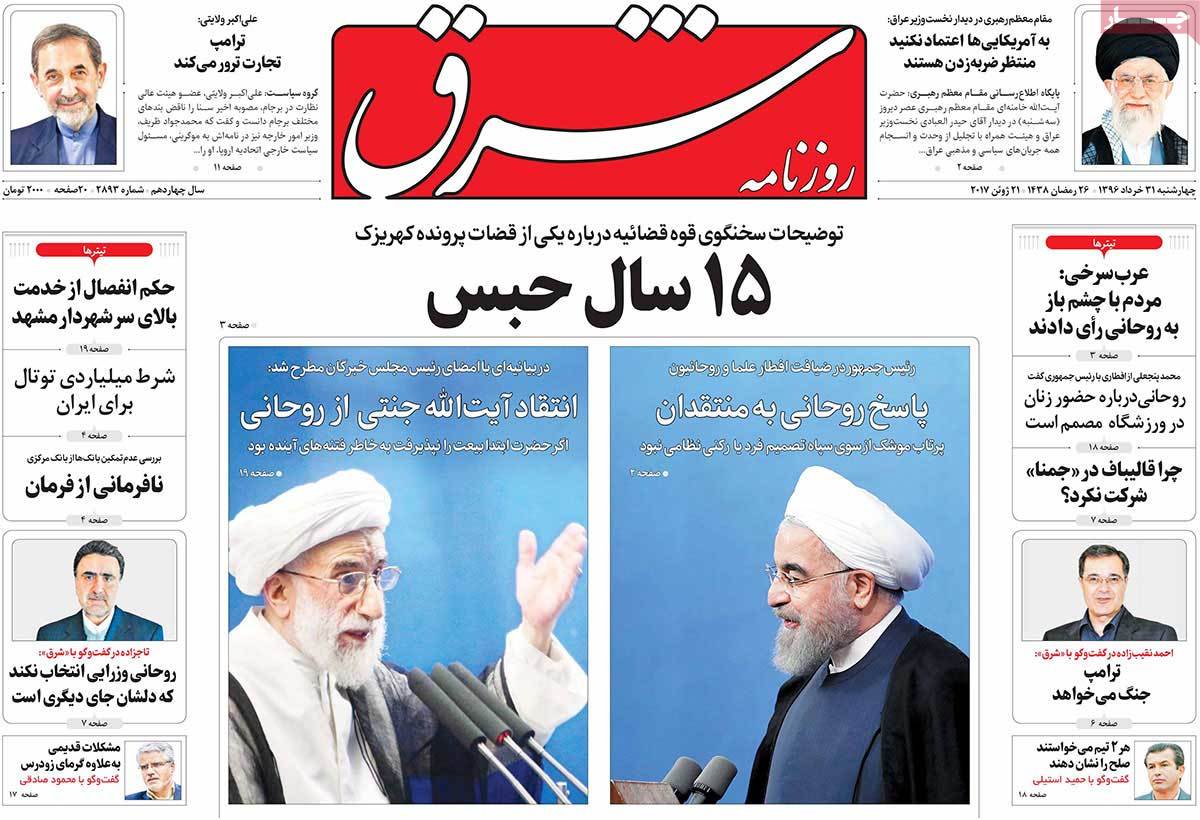