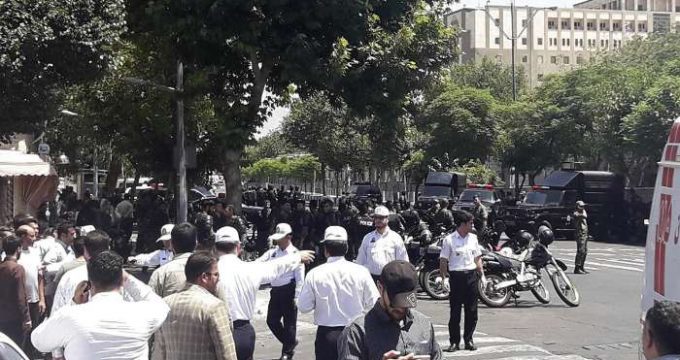 Press TV – An Iranian lawmaker says 40 Daesh terrorists have been arrested in the country’s northwestern province of West Azarbaijan in continuation of the Islamic Republic’s measures to fight terrorism.

Nader Qazipour told ISNA on Tuesday that the terrorists were arrested in the province’s cities of Piranshahr, Sardasht, Mahabad, Bukan and Takab.

He added that the terrorists intended to carry out acts of terror inside Iran in the holy month of Ramadan, but they were identified and arrested before making any move.

The Iranian lawmaker added that a large number of weapons and explosives have been discovered and seized from the terrorists.

On June 7, gunmen mounted almost simultaneous assaults on Iran’s Parliament and the Mausoleum of the late Founder of the Islamic Republic Imam Khomeini. The Daesh Takfiri terrorist group claimed responsibility for the assaults. The attacks killed 17 people and injured over 50 others.

According to a Tuesday statement by the IRGC, a least 65 Daesh terrorists, including several high-ranking intelligence commanders, were killed in Iran’s missile attack.